#justicefornoor – We Will Not Forget you, noor! 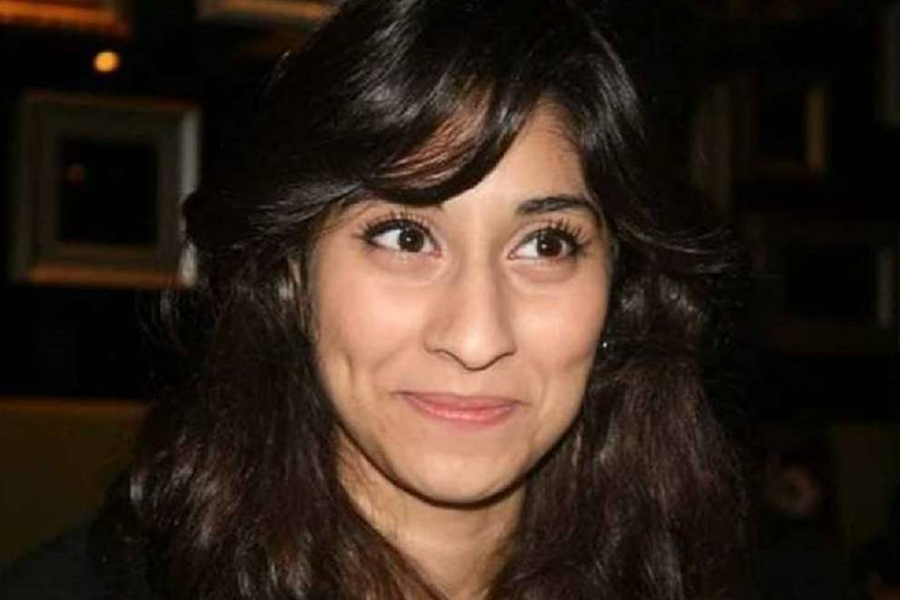 Noor Muqaddam’s name became associated with a gruesome and horrific face of our society, the unmasking of which jolted the entire nation last year. The 27-year-old girl was tragically murdered in Islamabad on July 20th 2021, with her head being severed from her body, after torture and rape. The accused Zahir Jaffer, her boyfriend, confessed to the crime at the time of his arrest, but to this date, February 21, 2022, the court has failed to pass a verdict in this terrifying murder case.

The mystery is normally about who the murderer is, but in this incident, which should have been an open and shut case, the slow process of conviction and the workings of our judicial system have become a baffling mystery. Zahir Jaffer, the prime suspect, was arrested on July 20, 2021 from his house in a posh locality of our capital, F 7/4 area.  Both Noor and Zahir come from the affluent elite class of our society. The case was registered at Kohsar police by Noor’s father Shaukat Ali Mukadam. He is a former Pakistani diplomat who has served as ambassador to South Korea and Kazakhstan. Noor had been held hostage for over two days by Zahir before her murder. He killed her with a sharp instrument and beheaded her. He had tortured and raped her before that. There was Noor’s blood found on a knuckle-punch discovered at the crime scene. The accused’s DNA was found on the dead body which confirmed rape. CCTV footage shows Noor trying to escape her killer by jumping out of a window and making a run for the gate. Upon finding the gate locked, she hid in the guard’s cabin, from where she can be seen being forcefully dragged out and taken back into the house by Zahir. The house help, along with Zahir’s parents were arrested for adding and abetting the crime. The guards knew the killer’s intent and did nothing to help prevent the crime. The parents who were in Karachi at the time, were in touch with Zahir and did not inform the police. Instead they called upon the personnel of Therapy Works- a mental health institution, to go to the scene and help Zahir. The CEO of Therapy Works Tahir Zahoor was also arrested along with six others, as a result of his organisation’s workers failing to immediately involve the police so that the grizzly murder might have been averted.

On January 25, 2022, IG Police held a meeting to review the progress of the case. He was informed that during the court’s proceedings a day before, none of the eyewitnesses had come forward, while there were no bloodstains Zahir’s pants. Shockingly, it was reported that the fingerprints of the accused were not found on the murder weapon! After this meeting the police issued this statement: “This whole proceeding got misinterpreted in some media reports.” If you can get your mind to accept the absurdity of the following, then read on: The Islamabad police questioned and explained:
Question: Were Zahir Jaffer’s pants stained with blood?
Answer: No, his shirt was stained with blood of the victim Noor Muqaddam, as per (Punjab Forensic Science Agency) PFSA report.
Question: Were there finger prints found on the knife, the weapon of murder?
Answer: No. The knife was sent to PFSA for fingerprints which could not be developed by PFSA. But, their report did confirm Noor’s blood on the knife.

A detailed forensic report by the PFSA will be heard on the next hearing. It contains enough proof to lead to a conviction. The blood-stained shirt and knuckle-punch are strong forensic evidence. Zahir’s skin was found as proof of DNA under Noor’s nails as well as tons of more proof. “These are very strong pieces of forensic evidence and Investigation team is committed to seek justice for Noor Muqaddam,” said the police.

Now Zahir Jaffer’s behaviour has been seen as nothing but erratic and highly unstable during media coverage of the trial. His dramatic court appearances included him being brought in strapped to a stretcher as well. He has made every possible effort to appear mentally incapacitated but recently the psychiatrists at Adiala Jail have declared him physically and mentally fit for the trial.

Singer Hadiqa Kiani recently took to her Twitter account to call for an end to victim-blaming Noor. This is being done by the myopic misogynists who are questioning Noor’s morality, as she was in an illegal relationship with a man. One fails to comprehend how can people direct their thinking towards issues of religion and piety after such a heinous crime has been committed. Hadiqa Kiani rightfully criticized the snail-paced judicial system. She demanded justice for Noor, saying that Noor’s story will never be forgotten. “Another day and another obscene abuse of power, evidence and victim-blaming,” her tweet read. “Noor Muqaddam’s story shall not be forgotten. We demand justice and we demand it now!” Islamabad Police, replied that they had indeed all the required evidence leading to a conviction and PFSA has confirmed Noor’s rape and murder by Zahir Jaffer.

And now we come to this: On February 9, 2022, in a bewildering turn of events Zahir Jaffer denied the murder allegation. He now says that Noor had come to see him on July 18, voluntarily, carrying large quantities of drugs. On the night of the murder, Noor had invited some friends over with the intention of consuming drugs. “Hours later, when I regained consciousness, I found myself tied up in my lounge,” he said. Later he was rescued by police and some other men. He added that Noor’s father was influential and using his connections, he had wrongly pinned the murder on Zahir. Three of Zahir Jaffer’s previously made petitions have been rejected by District and Sessions Court in Islamabad. A reserved verdict was announced by Judge Ata Rabbani and the petition was dismissed.

While the media outbursts against the ghastly murder of Noor Muqaddam are now dwindling to the back burners, it is high time not to let the focus get distorted. It is the right time for the people and government of Pakistan to prove that justice is served equally for those in prominent places of high connectivity, as well as the ones with no resources to find any way of being heard. Do not let Noor be forgotten. Let us hope that the apathetic affluent class also can finally be brought to answer if they are involved in crimes and let us hope that no matter how convoluted the system of justice may seem to be right now, it will eventually find its correct destination in the battle for justice.

This article was updated on February 24, 2022 in light of recent events.

A sessions court in Islamabad on February 24, 2022 has sentenced Zahir Jaffer to death for the murder of Noor Muqaddam. Zahir’s household staff Iftikhar and Jameel the two co-accused in the case, were sentenced to 10 years in jail. All others, including his parents and Therapy Works employees, were acquitted. #JusticePrevailed