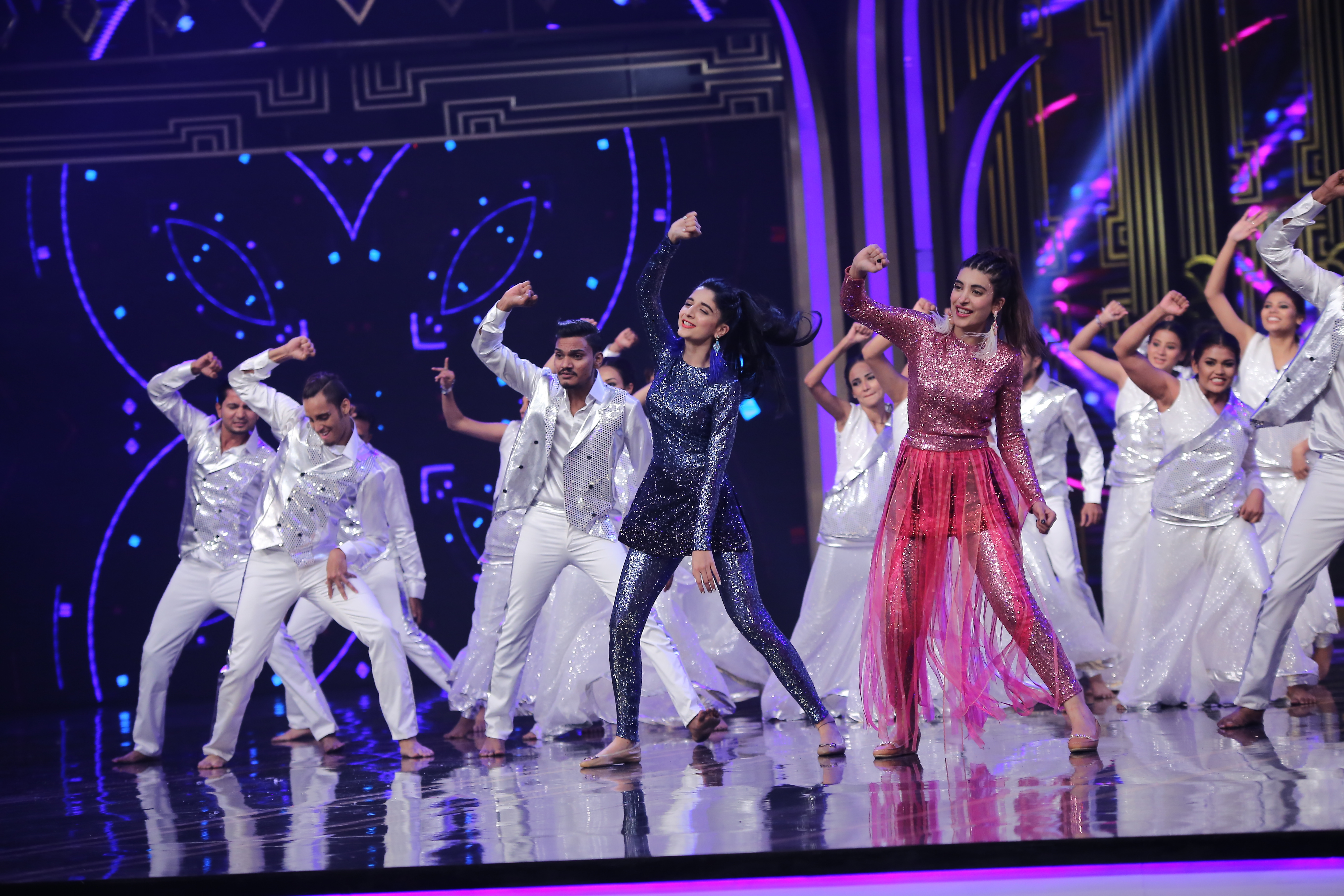 It was a night of unparalled glitz and glamour. Servis 4th Hum Awards proved to be yet another feather in HUM Network’s cap. Starting with the red carpet, which was doted by the who’s who of fashion and showbiz industry – it was a night to remember. The hosts for the awards were Humza Ali Abbasi, Ayesha Khan, Sanam Jung and Vasay Chaudhri. The awards were interspersed by amazing performances by the BNF troupe, Sohai Ali Abro, Ahsan Khan who rocked the stage with his performance on a medley of songs. Atif Aslam then came on stage and began with a solo number, following it with three other numbers that had an international troupe dancing in accompaniment.  His electrifying performance and interaction with the guests brought the house down with much fervour and applause that it garnered from the audience.

The entertainment segment didn’t end there as the hilarious duo Ahmed Ali Butt and Vassay Chaudhry took the stage with their interactive quips and their humorous but very catchy musical number Hum hain sab say haseen.

Ahmed Ali Butt and Vassay Chaudhry then announced the next category of Television, beginning with Best Actor Female Soap. The award was presented by Mansha Pasha and general manager marketing of United Industries, Ahmreen Basit to Resham for her performance in Ishq Ibadat. Next up was Best Actor Male Soap, which was won by Sohail Sameer for his role in Sartaj MeraTu Raj Mera and presented by Naveen and Gohar Rasheed.

This was followed by the award for Best Soap. Amna Illyas and regional operations manager of Servis Salahuddin Butt presented the award which went to the director of Ishq Ibadat, Fahim Burney, and was accepted by his wife.The last award in this category was of Best Telefilm. The award presented by Ali Xeeshan and Nabila went to Tamasha by Angelic Productions and was received by Angeline Malik.

The next set of hosts of the evening was of Humza Ali Abbasi and Sanam Jung, who invited CEO HUM Network Duraid Qureshi on the stage to present an award from the Special category: Recognition Award Films, to producers of Manto — Sanya Saeed and Sarmad Khoosat received the award, Jawani Phir Nahi Aani – Humayun Saeed received it — and Bin Roye – Momina Duraid received it — for their contribution to Pakistani cinema.

Continuing with the film category, Sanam Saeed and HSY presented the awards for Best Actor Female – Film, and Best Actor Male – Film, which were won by Sanya Saeed for Manto and Mahira Khan for Bin Roye, respectively, and by Humayun Saeed for his performances in Bin Roye and Jawani Phir Nahi Aani as well as by Sarmad Khoosat for his role in Manto. The next two awards celebrated the new emerging talent in Pakistani television. The award for Best New Sensation – Female went to Iqra Azeem presented by Ali Rehman and Amin Paracha, the Consumer ENG. manager Nestle. Next on stage were Humaima Malik and Meekal Zulfiqar who presented the award for Best New Sensation – Male to Feroz Khan.

Vasay Chaudhry then presented the trailers of Mah-e-Mir and Yalgaar, two up-coming HUM Films. The comedic duo of Ahmed Ali Butt and Vassay Chaudhry then presented a comedic piece titled The Psychiatric Doctor, which had everyone in stitches with its sheer comedic genius and timing of the quips. They were followed by the uber-talented duo Noor and Ali Abbas’s performance on a medley.

Setting the house on fire with their scintillating performance on the songs of Bin Royewere Humayun Saeed and the sultry Mehwish Hayat. Ahmed Ali Butt and Vassay Chaudhary then returned with an interactive comedic session with the audience.

The next award was presented by Iffat Omer for the Best On Screen Couple Popular and the award went to the duo Imran Abbas and Sanam Jung for Alvidah. The next category was Best Drama Serial Popular. The winner was Diyare Dil and Momina Duraid received the award from Samina Peerzada. Moving on to two other Viewers’ Choice Category awards, the first was the Best Actor Female in a Drama Serial Popular, which was won by Maya Ali and Sanam Jung for their roles in Diyare Dil and Alvidah respectively and was presented by Iman Ali and national retail sales head Servis, Ahsan Omer.

The last Viewers’ Choice award of the night was for Best Actor Male in a Drama Serial, which was won by Osman Khalid Butt for Diyare Dil presented by Reema Khan and head of marketing ServisSharjeel Hassan.

The finale dance performance of the evening was by the sister duo Urwa and Mawra.  Humza Ali Abbasi and Ayesha Khan as the final hosts of the evening for the jury awards invited SarwatGillani and Fahad Mirza to present the award for Best on Screen Couple, to Maya and Osman. The Best Drama Serial predictably went to DiyareDilpresented by Sania Saeed and asst. brand manager Servis Sarah Tauheed. The next award was for Best Actor Female in a Drama Serial, which was presented to Iffat Omer for Mohabbat Aag Si by Humayun Saeed, and executive director United Industry. The last award of the evening presented by Mahira Khan was for Best Actor Male in a Drama Serial, which went to Mikaal Zulfiqar bringing the 4th Edition of Servis HUM Awards to a resounding close and leaving everyone with unforgettable moments, proving HUM Awards are the biggest Television Awards in Pakistan.