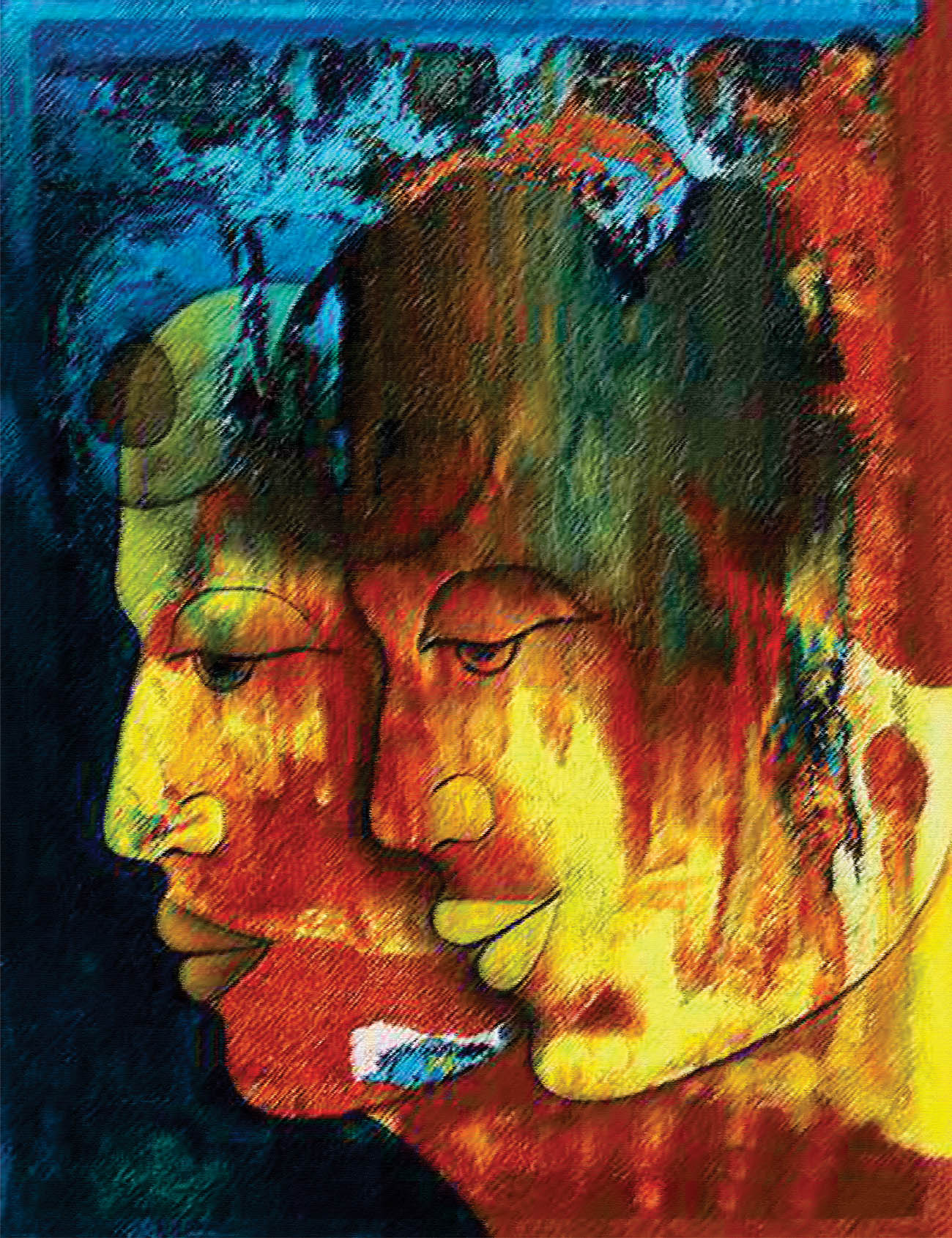 There is so much happening out there that is not right and makes you wonder why certain institutions, especially the institution of marriage are held in such high esteem. Why are we unable to protect the weak who are victimised under the cover of socially acceptable system of abuse?

In a patriarchal society women are suppressed and their rights are denied. For survival they fall back on many measures- one of them is economic independence. However, when you find out that economically independent and highly educated women are just as abused as the completely dependent woman then you wonder what you need to do, to ensure respect of basic human rights.

We received the following letter for advice. We are reproducing it here with the consent of the writer because it is hard for us to decide which spouse is sinful in this case and we would like your opinion on it. Let us know and don’t forget to give your reason.

I need to talk to someone and I am afraid I cannot think of a single friend or family member whom I can trust with what I wish to share. I suffer from sudden episodes of physical weakness these days and every time it happens, I fall into a deep depression. These episodes which include hot flashes might be an onset of menopause, which means that my reproductive age is over. I have been married for 30 years and am blessed with a child, so ideally I should be okay with this natural turn of events but I am not. To understand why I feel lost at the twilight of my life you must know some facts about my life.

I belong to a very well off family and am highly educated in my area of work. I fell for a married man at a young age while studying in the US. We tried to break up many times, realising that it was not fair to let others involved, suffer because of our selfish desires. But our feelings for each other were too strong to make any permanent break-up sustain. Accepting our situation my man came up with a plan. He suggested that I should agree to marry him secretly and give him time to sort out his family issues. By the time I was to return after doing my degree he would be done sorting out his family issues and we would be able to announce our marriage and live the life we both wanted to.

I agreed because I literally trusted him with my life. Being all empowered I never felt like I needed to safeguard my interest and position in the situation. As I wanted to spend my life with him I agreed to his plan. We contracted nikkah and he returned to Pakistan to divorce his wife and pave the way for me to enter his life with all honour and dignity.

Soon afterwards I realised I was pregnant. I didn’t feel too excited about it because of my secretive marital status but I felt that my situation was such that I had no need to drop the child. I did not even want to. So I continued with my pregnancy. However, this changed my timing to announce my marriage to my part of the family and I was forced to tell them. My man needed more time so we made arrangements of announcing it only to my family and keeping it from his side of the family. My pregnancy, a time which is special for every woman, was smooth medically but I was alone all along and under a lot of stress as my man after returning to Pakistan kept stalling divorcing his first wife and the consequent announcement.

A year later, I returned home with a baby and we had to announce the marriage. My husband had not divorced his wife and I found myself in a crazy mess. I had contracted marriage without the consent of our families and was returning home after a year with a baby. I could not give more shocks to my family by announcing that now my marriage was over so under the pressures I continued as a second wife. My husband kept promising me that he will deliver on his promises – just needed a little more time.

In the meantime, I kept having fights but never doubted his intentions so waited for him to deliver. Years went by. My baby was growing up fast and my husband who divided his time between his two families proved to be a good father. Another incentive for me to hang on to the marriage, the first and foremost remained to this day the fact the I still love him and still feel that he loves me too.

Finally, after a few years one day during a major fight he revealed that he had no intentions of leaving his first wife and I will have to let go of that idea. The betrayal was heart breaking but the marriage still held a lot of good things and I continued, although with a very heavy heart.

Although, I was the second wife, my husband was not too keen on introducing me to his family. He kept that as an exclusive area for his first wife because that was what his family wanted and that is what kept the first wife happy. I kept waiting for him to correct all the wrongs in my life and time kept passing me by.

There are many dreams that a young girl grows up cherishing and wanting for her future. My dreams of dressing up like a bride, making an impression on my in-laws and most important of all having more children and enjoying my pregnancy were all very dear and close to my heart.

I kept fooling myself that once my husband delivers on his promises I will dress up as a bride and have my elaborate marriage and have more children enjoying every day of my pregnancy being papmered as women are usually done in our part of the world.

I expressed my desire of having another child with my husband many times but he never agreed, saying that he needs to earn his family’s forgiveness and then we can think about it. He said that it would offend them further if we go for another child. I had many fights with him over the issue but never wanted to have a child without his consent.

The hot flashes make me regret that decision because I wanted another child real bad. I am falling into deep depression, I want to go back to the time when I went to study abroad and change everything. I want to not worry about the society and break up with this man so I can have the life I always wanted.

When people look at me they see a woman who wrecked another woman’s home and marriage. They do not know what lies were being fed to me and how this man made me believe fully and with proofs, that his first marriage was in such a bad shape that it was about to end any minute, regardless of whether I stayed in his life or not and how he could possibly not even imagine his existence without me.

I cannot forgive him for stealing my life by lying to me and by deceiving me for 30 years. I cannot forgive myself for being so stupid and wasting my whole life not being able to see the real man behind the façade of a loving husband and father. How do I live for the rest of my life with such a heavy burden crushing my heart all the time? Please help.