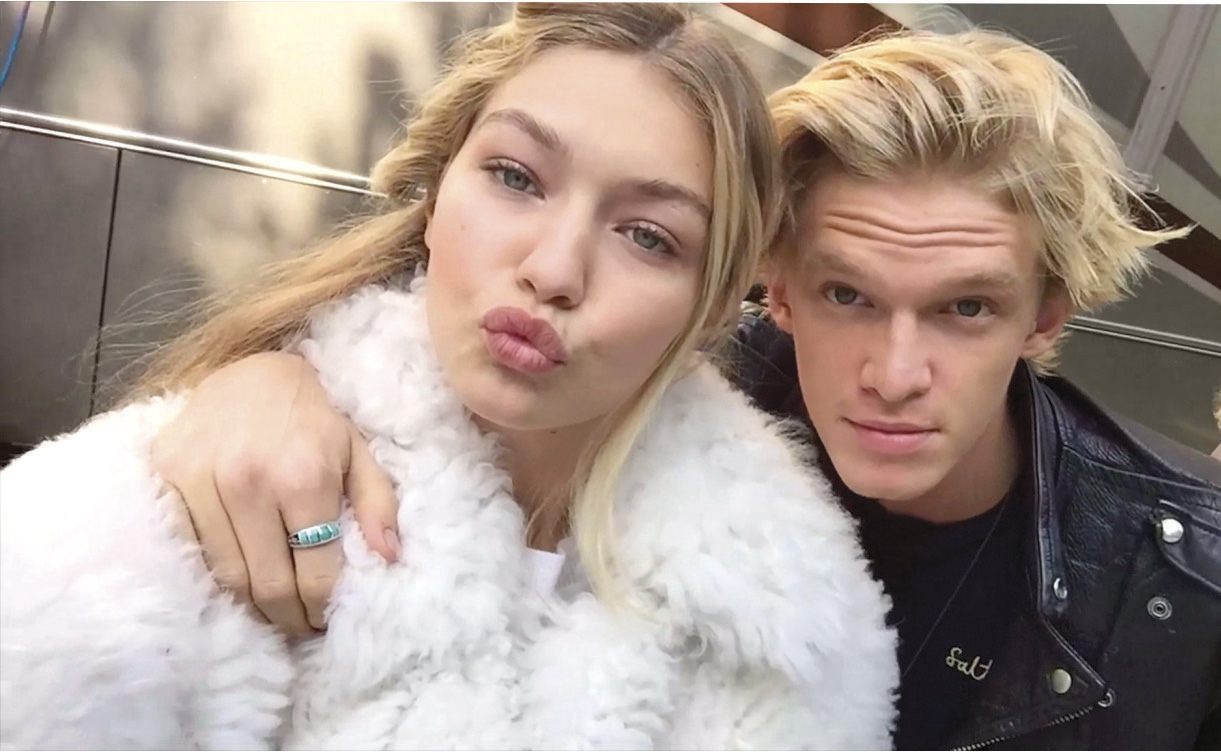 I sit in the car, take out my phone and flip through my messages. When I am done my fingers glide almost instinctually to the camera app and I take a few (dozen) selfies in the afternoon’s sunlight. A selfie a day, at the very least is routine, one I perform in the quiet intervals of my day. It serves many purposes: helps pass the time, check how I am looking and improve how I feel.

We have come a long way from the age of flip phones and awkward mirror selfies. With modern tech making high quality imaging an easily accessible commodity, the world now sees more selfies than ever before. This trend also rules supreme in Pakistan. Instagram, the home of most personal portraiture, boasts an astounding half a million Pakistani users, a number that only continues to rise.

At a traffic signal, I turn to the car next to me. A woman in her 40s sits with her arm stretched out in front of her, rapidly snapping pictures. She stops and puts her phone away guiltily when she sees me but I shoot her a re-assuring smile as if to say, “It is ok, I understand”.

As much as we love our selfies, we are ashamed of them. With the media’s long drawn attack on selfies as horrible tools of narcissism, we flinch because we do not want to be categorised as vain or conceited, even if only by a passing stranger. It is not as if some of the insults do not have merit. We have all met that one person who does not care about what is going on when socializing and only about how she looks. Let us call her Selfie Suzy, the apotheosis of the vapid picture taker. These days even doctors and behaviorists are studying her, diagnosing her with narcissistic disorder. She does not care; her new picture is about to hit a 1000 likes so she is obviously a success. The doctors sigh.
The studies are extensive and beg the question: do selfies do any good?

In pop culture, the selfie unashamedly grows. It is a seamless part of celebrity and in fact expected of all new money rich and famous. Kim Kardashian recently released a book of selfies titled “Selfish”, and came under fire as everything that is wrong with the world: shallow and image obsessed. She did not try to defend herself against allegations, but explained that a selfie to her is an intimate experience and a keepsake from an important moment. In 2014, Interview Magazine ran wildly popular celebrity selfie covers for a special edition. It has became a commoditized good, an integral part of advertising, with big celebrities like Kendall Jenner being able to charge $300,000 for a selfie with a product. In this era, with pop culture norms rampant and Selfie Suzy on the prowl, it would be easy to dismiss the selfie, but to do that would be to only see the one side of a multifaceted tool that can actually prove beneficial to the self and society.

The power of the selfie lies with its taker.

A selfie is an opportunity to define one’s own beauty. Social media is a powerful tool. The content it carries is user submitted and honest- a grey area not totally controlled by larger corporate entities. When all our lives we have been told what is beautiful through television and print, the selfie stands as a chance for independence. Important trans and racial rights activists credit Instagram and their selfies for the broader outreach of their message.

Darkmatterpoetry is a social media page run by two trans South Asian performers, who with provocative selfies and shoots of their own bodies are laying direct claim on their identity. They post pictures of themselves in saarees and force the viewers to question societal norms. They were recently covered by The New York times and continue to make waves in India and abroad, through their astounding poetry and by presenting an audience with pictures and provoking a conversation. Famous trans celebrities like Andreja Pejic and Laverne Cox follow similar guidelines, moulding the celebrity selfie obsession to enact change. Demi Lovato uses her selfies and celebrity status to oppose how make up centric beauty has become, regularly posting pictures of herself make up free and encouraging others to do so. Plus size beauty bloggers are all the rage, posting pictures of their midriffs and new looks, with bodies they have learned to not hate, using selfies to teach other girls that they can still look good, to love themselves.

In Pakistan, ‘Girls at Dhabas’, a movement aimed at reclaiming public spaces for women, cements its message by women snapping pictures of themselves alone or with friends at dhabas or other public places usually dominated by men. Images of women having fun and taking control in areas they have been taught to not be in, or be docile in, fill their timeline. It is a groundbreaking initiative powered by the selfie.

Despite this, it is undeniable that, at this point in time, the selfie is most greatly used by conventionally attractive people who often flood the stream of content and conversation. Streams largely remain rows of pretty thin girls (though it should be noted that you find a greater racial diversity on social media). This should not bother you though because again the magic of social media is your ability to curate the content you find, so go follow some interesting pages instead and expand your definition of the selfie.

What is the point exactly?

You do not have to be championing a social cause with every picture of yourself to be using the selfie correctly. Selfie Suzy’s problem is not that she takes too many pictures of herself; it is that she takes them for the wrong reasons. She is trying to propagate an image instead of trying to be truthful and in the process is losing out on life’s genuine moments. She will post herself obsessively asking for external approval, when the whole point of posting a selfie should be as a declaration of your beauty, not a question.

Your new mantra for taking selfies: Take pictures of yourself to feel good, to feel pretty. If you like what you are wearing or what you are doing post it and pay no heed to anything else. The best thing about social media is that it is yours. Care less about how fat or thin you look in a picture. We all appreciate a Victoria Beckham stoic pout, but smile once in a while.

We are at a lucky time in history for when we are old and wrinkled we will have digital photo albums of thousands of pictures for us and our grandchildren to sift through. Let your selfies capture good moments and a happy you, you will prefer them over the highly thought out ones anyway.

The car parks and my journey ends. I go through the crop of the day, constantly drawn to a picture in which I look unnervingly like my father. My nose looks a little weird, though. Hmm. Post.

Plus size beauty bloggers are all the rage, posting pictures of their midriffs and new looks, with bodies they have learned to not hate.

Tip 1: Make use of natural light. Nothing makes your skin look better than sunlight so make use of any sunny moments out and about, especially in winter. Try to avoid selfies in low lit rooms but if you must, angle yourself in front of and near a lamp for a similar warm glow. Fluorescent lighting is the enemy, do not be caught dead in it.

Tip 2: Believe in yourself. In a selfie, there is no room for self conciseness. As long as the camera app is open you are a model and must fully own the role. Look into the camera, raise your eyebrows, turn your head to the side, do whatever looks nice in front of you without shame. Also do not be afraid to post a selfie that looks done up.

Tip 3: Choose the right filter. Download VSCO cam for the best, most subtle selection of filters, but do not tell anyone I told you. It is a secret.

Tip 4: Get creative! A selfie does not have to be you full frame doing the same pose for every picture. Find a nice background, try new angles. Variety is always good.

Tip 5: Make it a portrait! Hand the phone over to someone else and ask them politely for a picture. Take a few with them as well!