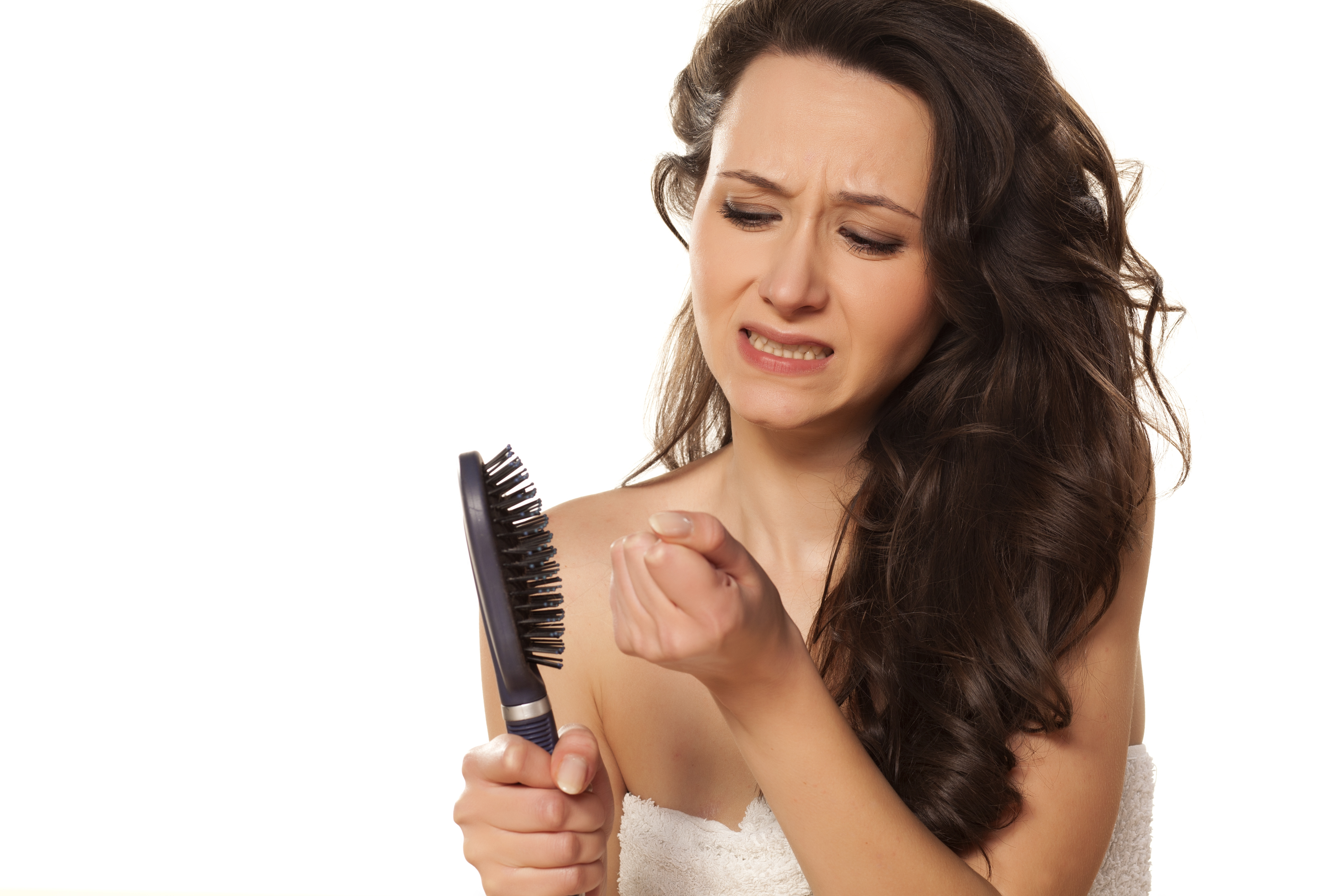 What is Hair Loss?

Hair grows everywhere on the human skin except on the palms of our hands and the soles of our feet, but many hairs are so fine they’re virtually invisible. Hair is made up of a protein called keratin that is produced in hair follicles in the outer layer of skin. As follicles produce new hair cells, old cells are being pushed out through the surface of the skin at the rate of about six inches a year. The hair you can see is actually a string of dead keratin cells. The average adult head has about 100,000 to 150,000 hairs and loses up to 100 of them a day; finding a few stray hairs on your hairbrush is not necessarily cause for alarm.

At any one time, about 90% of the hair on a person’s scalp is growing. Each follicle has its own life cycle that can be influenced by age, disease, and a wide variety of other factors. This life cycle is divided into three phases:

Telogen — resting phase that lasts about two to three months; at the end of the resting phase the hair is shed and a new hair replaces it and the growing cycle starts again.

As people age, their rate of hair growth slows.

There are many types of hair loss, also called alopecia:

Involutional alopecia is a natural condition in which the hair gradually thins with age. More hair follicles go into the resting phase, and the remaining hairs become shorter and fewer in number.

Androgenic alopecia is a genetic condition that can affect both men and women. Men with this condition, called male pattern baldness, can begin suffering hair loss as early as their teens or early 20s. It’s characterized by a receding hairline and gradual disappearance of hair from the crown and frontal scalp. Women with this condition, called female pattern baldness, don’t experience noticeable thinning until their 40s or later. Women experience a general thinning over the entire scalp, with the most extensive hair loss at the crown.

Alopecia areata often starts suddenly and causes patchy hair loss in children and young adults. This condition may result in complete baldness (alopecia totalis). But in about 90% of people with the condition, the hair returns within a few years.

Alopecia universalis causes all body hair to fall out, including the eyebrows, eyelashes, and pubic hair.

Trichotillomania , seen most frequently in children, is a psychological disorder in which a person pulls out one’s own hair.

Telogen effluvium is temporary hair thinning over the scalp that occurs because of changes in the growth cycle of hair. A large number of hairs enter the resting phase at the same time, causing hair shedding and subsequent thinning.

Scarring alopecias result in permanent loss of hair. Inflammatory skin conditions  (cellulitis, folliculitis, acne), and other skin disorders (such as some forms of lupus and lichen planus) often result in scars that destroy the ability of the hair to regenerate. Hot combs and hair too tightly woven and pulled can also result in permanent hair loss.