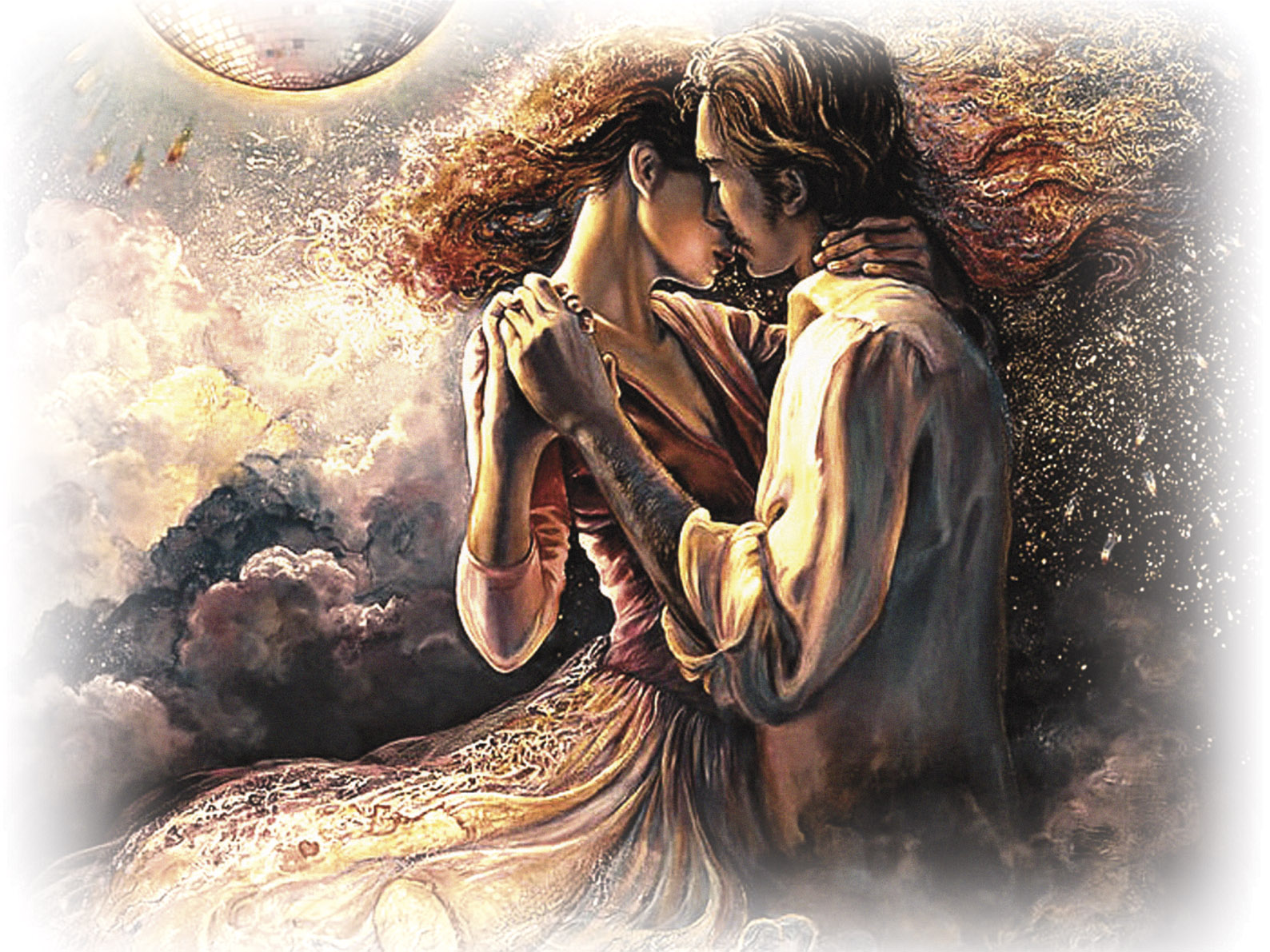 Once upon a time there was princess who would spend hours in front of a magic mirror not asking it about how beautiful she was but about how loving her prince would be and when would she meet him! The possibility of not meeting the prince ever, never crossed her mind so she would spend days and nights waiting for his grand entry into her life.

Years went by and from a dreamy little girl she grew up to be an attractive woman. Then one day, she met a prince. A charmer, who stole her heart, without much effort. The princess was very happy as her life felt complete, her prince was deeply in love with her and life was a fairy tale, except for a minor problem. The prince was away most of the time fighting enemies in the lands far away. He would always come back with great bounties from the conquered lands. However, the princess who wanted nothing more than her prince’s company, would get very sad in his absence. She enjoyed the gifts as they would further tell her that her prince was thinking of her when he was away. Each gift became a testimony of his ever-increasing love. And when they were together it was pure magic. Laughter would ring all around the castle, the stars would shine brighter, a soft cool breeze would flow gently, birds would sing songs of love and the air would be full of music. And the princess wanted this season to last forever just like the fairy tales that always end with the phrase, ‘…and they lived happily ever after’.

Unfortunately, life was to teach the princess a cruel lesson, just as she was finally getting comfortable with her prince in her safe little world. One day a dark cloud came from nowhere and settled permanently over her beautiful castle. A storm came and shook everything in the castle that she had decorated with so much love over the years. A wicked witch allured her prince and gave him a potion that made him indifferent to his princess’s feelings. The evil witch kept him prisoner in a cage, which no one could see except the princess, because the witch wanted her to see it. What was more tragic was that because of the potion, the prince liked being in the witch’s cage but could still not bring himself to let go of his princess and his castle and wanted to keep them in his life. He changed but somehow kept bringing expensive gifts for his princess for the brief while that he was let out of his cage by the witch.

This piece is not about the witch or the prince; it is about the princess. The princess whose blue blood was supposed to compel her to take a dignified exit in the face of all that the witch was doing to her and because her prince was unable and unwilling to fight against the witch, instead took it upon herself to fight the witch.

We all know that the wicked witch eventually dies in the end but the prince has to be the one to kill her and not the princess. Some stereotypes cannot be changed. So the bad decision on behalf of the princess to fight the witch drained her of all her charm and beauty. As for the prince, he became a sad shadow of his previous self.

The prince kept telling the princess to stop fighting the witch, so he could regain his strength and kill her some day. The princess was very sad because she could not see her prince becoming a different person sans his earlier glory. She thought of leaving the prince many times so the witch would stop torturing her prince but she also knew that if she left the castle, her prince’s life might become easier, yet he will be very sad the day he realized what he had lost…the day the spell of the witch wears out.

The princess was faced with the dilemma of dignity and every day she would fight the urge to give up fighting to get her prince back. The contributing factors were the gifts! Every time she decided to go away, the prince would bring a very exclusive and expensive gift. She wanted to resist the lure of presents but could not and hence started a whole new story.

The princess who was proud and dignified discovered that she was suffering from the slumbitch syndrome. The disease is associated with commoners and the royalty was unaffected by it but this princess was an exception or maybe was not a true princess because she was suffering from the slumbitchy desire for material gain. The prince kept postponing the killing of the witch because he knew his princess will not leave him as long as he is able to keep showering her with gifts.

In the modern times where money is the most important parameter of any commitment the slumbitch syndrome has become very common. We see women all around us who are hanging on to their partners for material profit. Some stay in dead marriages because it does not suit them or they cannot afford to let go of the breadwinner. Others stay in dishonourable relationships because their greed does not allow them to let go of a source of comfort and luxury in their lives. Many women stay silent because they have no support from their families to break off ugly marriages, some because of having no means to support themselves and some because of the stigma of divorce. Honour and dignity are not valued or admired any more and when the moral fibre of society deteriorates to this level, people with money can bend rules and can have it all.

The dilemma of royalty is that they cannot afford to be above it and cannot adjust to the undignified existence this forces them in. All those out there who still think of themselves or were raised like princesses have to resolve the dilemma for the sake of sanity for themselves, their families and their partners. If the dad was giving you everything and protecting your honour and the partner will only give you comfortable life if you accept an undignified position then that is the reality one has to adjust to. If you have the slumbitch syndrome stop imagining yourself to be a princess and stop expecting your prince to fight for your honour and accept the witches (available a dime a dozen in the form of undercover prostitutes and leeches) in your life. It is not fair to the prince if you keep asking him to restore your honour if you are a slumbitch, because slumbitches have no honour!

If you decide to stay in the relationship with your sinful spouse, then do not be dishonest and let your prince continue with the witch because once this one dies or moves onto her next prey, there will be another witch waiting in line to take over your prince all over again and he most probably will again be lured into the trap happily. The relationship between lust and greed is strong but does not last forever. So, swallow your pride because dignity is a value upheld in fairytales only.