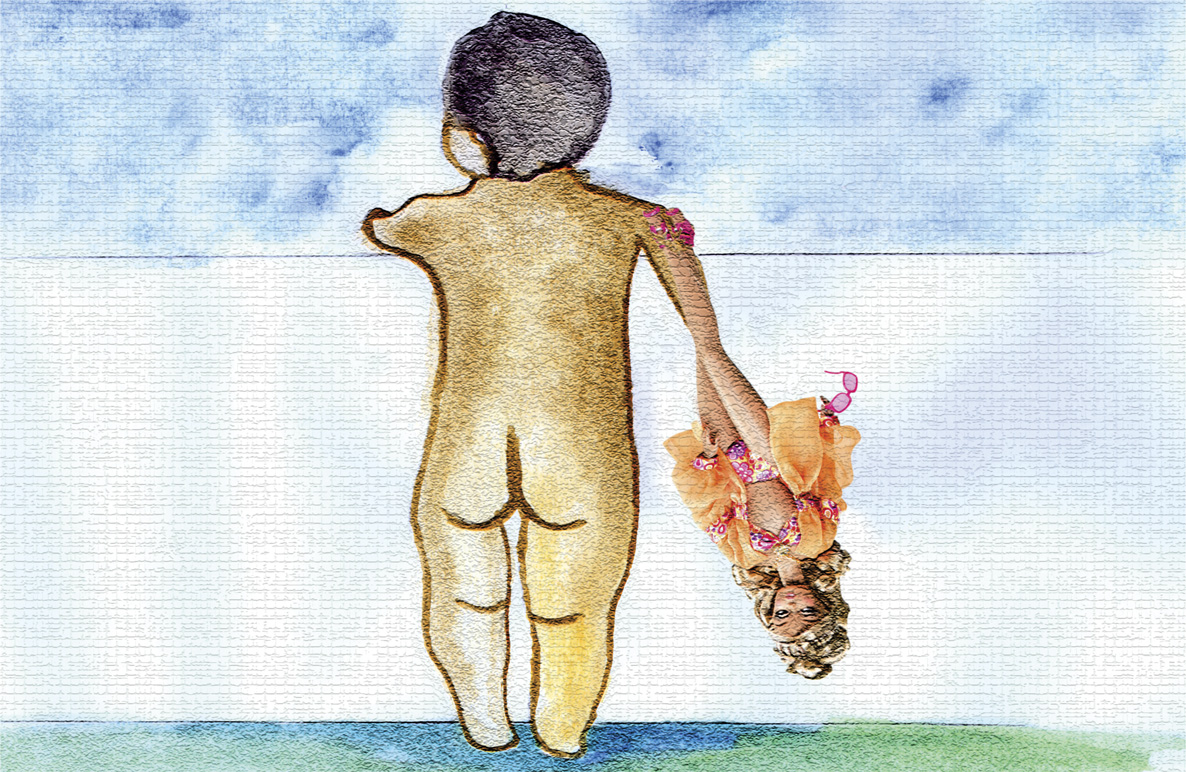 One of the biggest flaws in the human race is that it is quick to judge. The West is trying to break out of the habit to stereotype behaviour patterns and is becoming more and more individualistic. They take time to know the person, before they classify each into a type, but in our country things are still pretty old fashioned.

We are quick to judge; a girl smoking a cigarette must have a bad character or to put it bluntly she must be easy and sleeping around; a boy with long hair has to be gay. We are so stuck up in our classification that we don’t even leave children out of it, which brings us to the topic of this column. Baby boys who like to play with Barbie dolls become a major cause for concern for the entire family.

Children do not always reveal a peek into their future by the choice of the toys they like to play with, but we certainly don’t want to take any chances. Every time we see a baby boy developing a liking for so called feminine toys we switch into a panic mode.  In my opinion based on personal observation, daddies are more worried about their male offspring’s liking to play with dolls. It is a blow to their male ego- have they produced a less manly man? Was their sperm a weak sperm? Are they not man enough to produce a boy who behaves like a boy and not like things that little girls are supposed to like?

First thing to remember here is that choice of toys in childhood are not an indication of sexual orientation. Many boys with strong artistic capabilities prefer finer more delicate toys which are unfortunately termed as little girls’ toys.

The reason why most little girls select toys that are for girls and most boys select toys that are for boys has to do with our social upbringing. We do not give them a choice to select from any section. We take our girls to the girls’ section and our boys to the boys’ section. When we have to pick a gift for little girls and boys, we unfailingly buy them toys from their respective sections. This way we send a message to their little brains about what is appropriate and what is not for their gender.

Some, with stronger personalities deviate from our socialization and develop a very personalized and individualistic choice. These little boys if they happen to be in uneducated families are given a tough time. They are made to feel bad for liking the kinds of toys they prefer and they are forced to express liking for things they are not interested in. This is society’s first attempt at controlling and moulding human minds according to its set norms, killing all creativity and originality.

I have known a similar boy from very close quarters. Throughout his childhood he was struggling to suppress his liking for the finer things because he sensed it at a very early stage in his life that his choices were making his parents anxious. He could not understand the reasons behind their anxiety but was acutely aware of it. He would stand in the girls section admiring new Barbie dolls, their fine clothes, the delicate furniture in soft colours, the shinning tiaras for the little princess but would always pick up a gun or a train because even at the age four had the sense to know what is expected of him.

His parents did buy him a couple of Barbie dolls initially before they became worried and decided to mould his liking towards more appropriate toys for his gender. However, the dolls remained his prized possessions and he would always throw the newly acquired gun or train or car on the side and play with his dolls. His parents were worried but with a four year old you have to back off a bit.

The boy is now all grown up. He is very brave, bold and manly. He is not gay. The purpose of this piece is not to suggest what is right or wrong or to define masculinity or condemn homosexuality but the purpose is to let parents know that little boys who like dolls are not necessarily announcing their sexual preferences. They simply prefer dolls to guns and that is the end of the matter. The choice of toys is definitely not an indicator of future sexual orientation and parents should not try to mould their little boy’s choices according to the set norms but let him enjoy his childhood in whatever way he wishes to enjoy it.

Suppression and forced liking imposed on little children can definitely cause complications in their behaviour including sexual behaviour. They can become uncomfortable with their own feelings and develop a conscious barrier to discovering and understanding their own natural likes and dislikes.

They may not be gay but a parent’s anxiety can plant that seed of doubt in their hearts. They will be too scared to explore it but they will always harbor it as their dark secret – which may or may not be rightly there. This can affect their entire lives especially their adolescent age. When such children hit adolescence they are afraid to explore their own nature, they force themselves to be like others but are never comfortable with themselves. They may very well be like others, which in this case means heterosexual, but they carry the burden of their parents’ anxiety transferred to them as children. The anxiety conveys to them at a very young age that they can be homosexual and worst yet is the disapproval for homosexuality conveyed through the anxiety. They grow up with this fear, which makes them complex and unhappy teenagers, which is all so unnecessary.

Parents’ prime responsibility is to provide an environment to their child in which they can grow to become confident, happy individuals. And parents of the baby boy who deprive him of Barbie dolls deprive him of this environment.