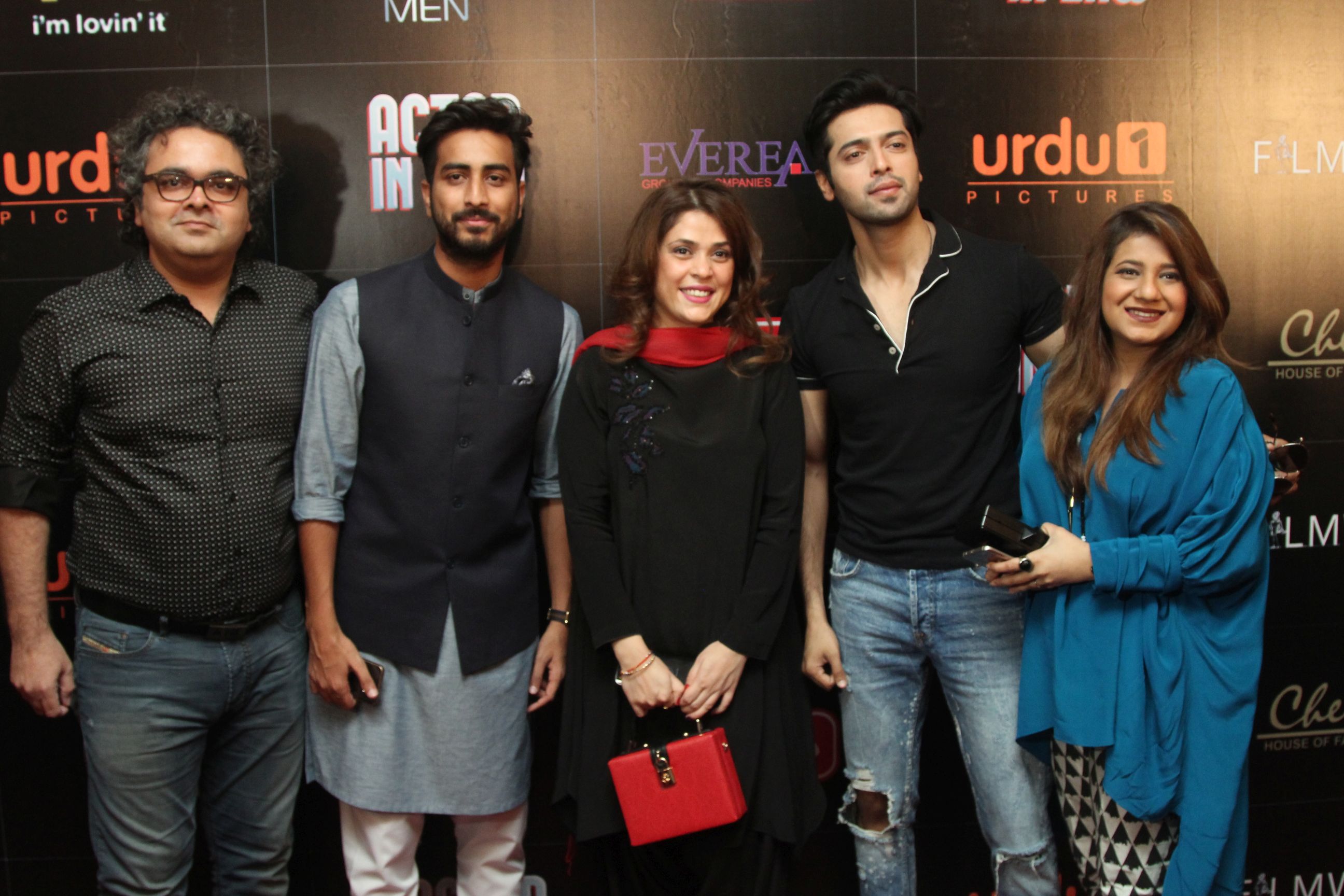 Karachi: The cast and crew of the upcoming movie Actor-In-Law met the for its trailer launch.

The stellar cast boasts Fahad Mustafa alongside Mehwish Hayat as the leads, while international film stars Alyy Khan and the legendary Om Puri, who will be making his film debut in the Pakistani film industry with this film.