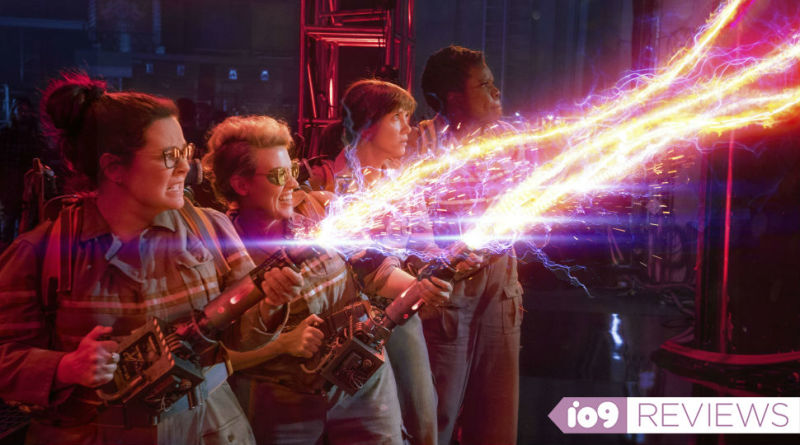 I don’t know if it’s a lady thing or a comedy thing, but I laughed like hell. -Drew McWeeny

Paul Feig’s Ghostbusters is, above all else, a real Ghostbusters movie. If you’re a fan of the 1984 original (as most comedy fans are), one of the things that’s interesting as you watch this one is the way it echoes off of that film.

It is no simple remake, but neither is it a radical reinvention of the core idea. It’s simply a different riff on the same idea, with a solid dose of fan service thrown in to help make the transition from the old to the new. The script, by Feig and Katie Dippold, does some big things different, and the choices they make are intriguing.

Ghostbusters is a big fat slice of silly summer entertainment, confident and sometimes quite beautiful. It is the biggest stretch Feig’s made so far as a filmmaker, embracing the technical side of things in a way he never has so far, and stuffed chock full of affection for everything that makes Ghostbusters such an enduring favorite.

The original Ghostbusters will always be a film that means something special to many old folks. The good news is, there’s a whole new generation that’s about to feel that way about this one.