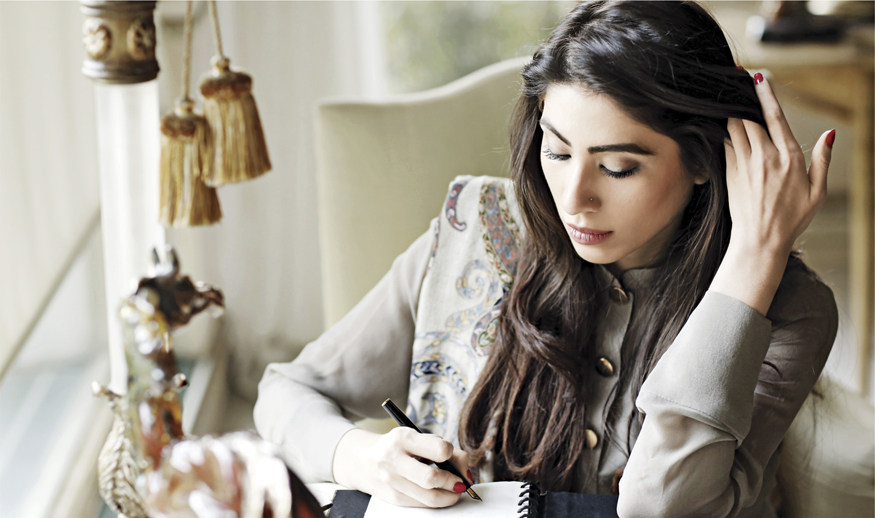 She is described as the most beautiful woman in the parliament by the press in general but that is just one attribute of her multifaceted personality; Hina Butt is much more than just a pretty face, she is a woman of substance.

Always dressed elegantly and made up with the entire paraphernalia of high heels etc she challenges the stereotype image of serious minded career women by being a successful politician and entrepreneur at the same time. She is a confident brave new woman of Pakistan who is not afraid to look kempt and manages to command respect of her fellow politicians. The respect comes from her intellect and hard work and her useful contributions to all discussion on important social economic and political matters.  The years of hard work and grooming in some of the most prestigious educational institutes of Lahore including Convent of Jesus and Mary, Kinnaird College and LUMS has given her an edge over her colleagues. She holds a Masters in Business Administration and BA Honours in Computer Science from Lahore University of Management Sciences. She topped her class in both the courses.

Politics is her passion. She got interested in politics at a very young age- she was still in school when she joined the Youth Wing of PMLN in 1999. And remained involved with the party ever since in one capacity or the other. She is a diehard leaguer because she believes in the vision of the party. She agrees with their economic policies and believes they will prove most effective in solving this country’s problems.

Her presence in the Punjab parliament is already making a difference. She played an instrumental role in the formation of all women parliamentarian’s caucus and the Punjab young parliamentarian’s caucus. Both these forums have members who believe in bringing about a change in the lives of the people of this country. They have joined hands over and above their party lines to work together for issues that often get neglected or compromised due to more pressing issues or party politics.

Hina is aware of the issues plaguing this country and understands their importance. She is an advocate for women rights and campaigns for women’s economic independence. She has zero tolerance for violence against women and believes that Punjab Assembly should also pass a bill raising the age of marriage for girls from 16 to 18. She understands that without proper support mechanism, women will never be able to take a stand against their oppressors. Most of the violence against women is carried out within the four walls of their homes and that is why it is important to ensure effective implementation of the laws that exist to protect them and make laws that are needed to fill the gaps to make the protection mechanism a reality.She is currently working on formation of Crisis centres for women, laws regarding acid-throwing and child marriage bill. She is among very few parliamentarians who understand the importance of a good population welfare programme which is required to realize the dream of development.

After completing her MBA she got many good job offers from big multi national companies, which all her friends and well-wishers, who believe in the traditional concepts of security, wanted to her accept. Hina decided to start her own business instead. There are risks involved in businesses and people who get good job offers often decide to take the safe way out. Hina on the other hand selected the risk filled path. She believes that all those who can afford to start their own small businesses should do it because that way we generate jobs for others and can be more useful in taking this country out of the economic crunch.

Hina works under the brand of ‘Teena’ and has grown big enough to generate employment for 100 people. Her business also generates work opportunities for women in the rural areas. She is very proud of the fact that many girls who joined her as employees have now moved on to launch their own brands. The business is not just a source of income for her and her employees but also a school where skills are imparted and independence encouraged.

Hina acknowledges her father’s positive influence on her life. She has two sisters, the elder one is in the States studying and the younger one is a housewife who lives in Lahore. She believes her confidence comes from the fact that her father believes in gender equality and raised her to be her own person.

I have to confess when I was going to interview Hina, being the product of this society I also had some preconceived notions about this rich beautiful girl who has somehow landed herself in the parliament but I am very happy to admit that after talking to her I can see why she made it to the assembly. She has strong ideas for changing things for the better and has the confidence to make her voice heard. After talking to her I am very happy to say that it is people like Hina, young and capable, who will bring the change and make politics about people and not about power.

When I asked her to give advice to our young readers and share her secret of success which has made her our role model at such a young age. She said girls need to believe in themselves and be confident that with education and hard work they can achieve any goal that they set for themselves. If we want to change the ways things are done in this land we will have to change ourselves.

Women like Hina are playing a vital role in changing the stereotypical images ingrained in our minds about women. Most societies believe that women who have above average looks do not work hard and are not serious about their careers. Hina refuses to be apologetic about her good looks, takes pride in her hard work and credits her success to it.