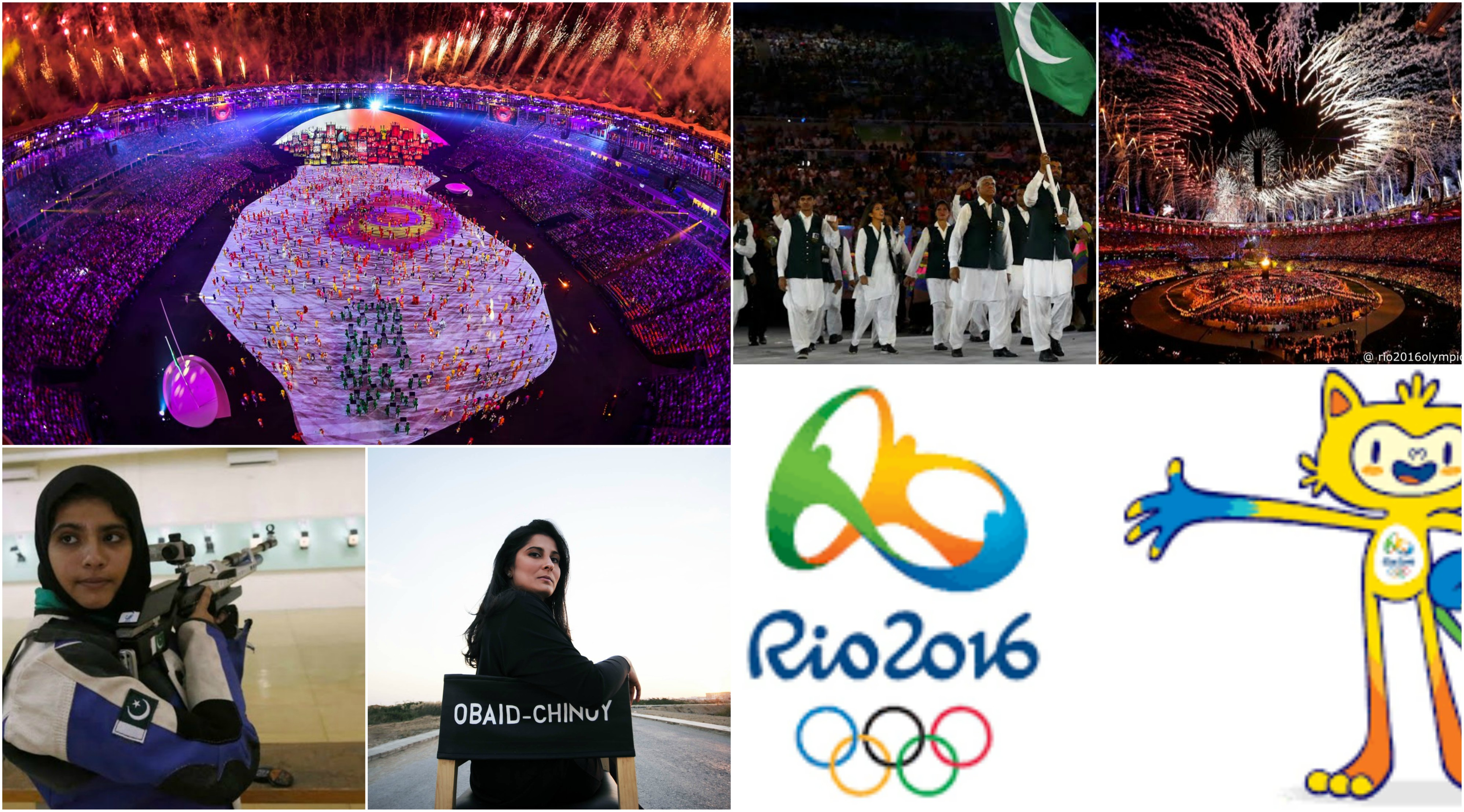 The Rio Olympic Games kicked off in spectacular fashion with a colourful opening ceremony that celebrated global diversity at Rio’s Maracana stadium . The show was a riot of music and a celebration of Brazil’s multi-ethnic history, watched by audiences around the world. Samba music featured prominently at the event.

The details of representative athletes from Pakistan are as follows:

Oscar-winning director Sharmeen Obaid has decided to document the women representing Pakistan in the Olympics.