Sinful Spouses: The Princess And The Frog 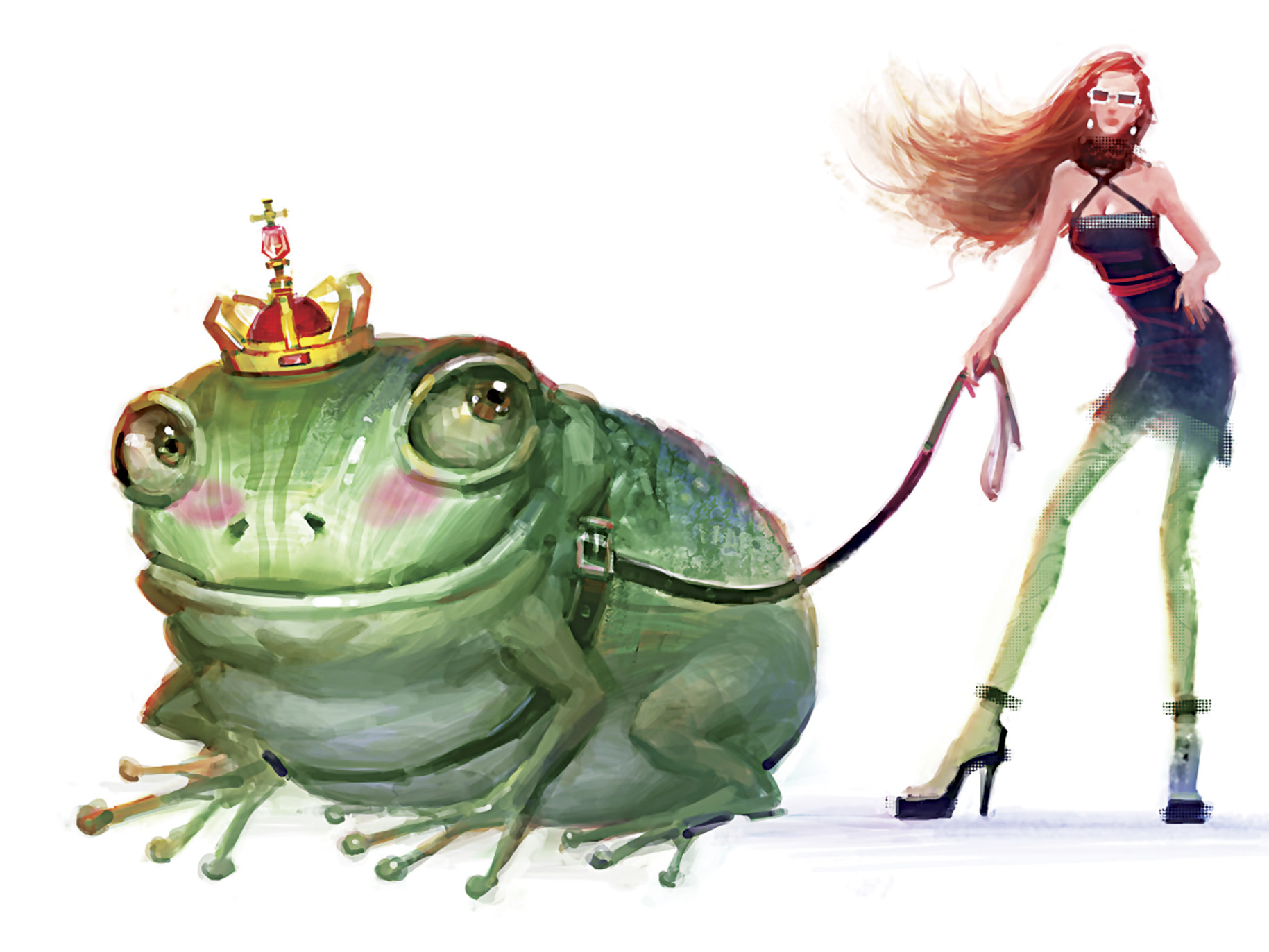 Why do we need to have a companion in our lives? Do we really need one or is it one of those things that we were forced to believe in by sheer repetition and the fact that the message was coming from the ones we trusted the most?

All our lives the majority of us see more couples who are unhappily living together and present an antithesis of the fairy tale we so badly want to believe in. We see our parents who most unwillingly co-exist but when it is our turn, we conveniently forget these examples and opt to believe in Beauty and the Beast, Sleeping Beauty, Snow White and so on and so forth. We are somehow convinced that the one exceptionally happy and in love couple will be ours who will experience absolute marital bliss. Our husband will be in love with us and the love will only grow with time. We will have children who will be the envy of one and all. Taken for granted are the details that they will be very good looking, exceptionally intelligent and high achievers.

We maintain this utopia in our minds and marry whoever our parents pick for us. Marriages are never easy anywhere in the world but in Pakistan they are even harder because we have to maintain pretences. We are not even allowed to say that our marriage sucks. Because the moment you admit that your marriage is short of ideal all eyes will focus on you wondering what is it that you are doing wrong. In our society it is always a woman’s fault if there is something not working in a marriage. A woman is a home maker and if the home is under any kind of threat the maker is declared a failure. Nobody wants to be labeled a failure and that is where the whole problem starts. In order to avoid that label women bend backwards till their backs break before they will open the secrets of their rotten marriages. Husbands unfortunately, are aware of these social entanglements and they exploit it to their benefit as much and as crudely as their upbringing allows.

We step into our marriages with dreamy eyes and romantic notions and soon realize that it is sheer hard work. Being Eastern and raised with all twisted notions of husband supremacy and home priority we put our hearts and souls in our marriages.

This week’s sinful spouse is one such woman. She got married at the so called right age, which means she had just finished her BA when the first person who asked her father for her hand was readily accepted in the family. As all the friends were getting married so our naïve sinful was also excited that she has found somebody who wants her as his wife. She got busy with clothes, jewellery and every other unimportant thing that is made to look most important while one is taking such a crucial and significant decision of one’s life.

But the frog did not turn into Prince Charming even after she had bestowed a million kisses on him, so she decided to fall in love with the frog. Now the frog will be a frog and will never be able to value a princess. The frog will croak and hop because that is what frogs do. If a princess who decides to remain married to a frog, thinks she can turn him into a prince or make a frog behave like a prince is definitely at fault.

Our sinful spouse did just that. She treated the frog like a prince and expected him to either turn into one or at least start behaving like one. When he failed her she decided to punish him by refusing him her company. The frog got very lonely and started looking for his own kind in the pond. He found somebody and started cheating on the princess by having an affair with her. The princess found out and kicked such a fuss that the whole world condemned frog’s behavior. Frog got scared and promised everyone that he will never see the other person who makes him feel good about being a frog and does not expect him to be a prince.

Princess was so upset that she started hating the frog some more but was unwilling to let the frog go. She had made long time investment in the frog and even if it was a failed project she was not going to let her investment go to waste.

We are also trained to not let our man go even when he says it to our face that he is not in love with us anymore and wants to go a different way. Men may enjoy many privileges in this society but ending a marriage is not one of them. Divorcing a woman is not an issue if it is done for revenge or punishment but for a simple reason that a man does not want to be with his wife any longer is not good enough. The princess by keeping the frog imprisoned in the shackles of marriage has qualified to be featured as our sinful spouse!

Life is too short. It is good to have traditions and values but it is also important to live your life to the fullest. One bad decision should not cost anyone his life. Happiness is rare these days in our country but national level unrest and insecurity has not had any impact on the pettiness existing in our day to day life.

The best thing to do is to bury a dead relationship because if you insist on dragging it on for your entire life it will bog you down eventually. Taking chances in life is not such a bad thing.  A little originality can help us make our life happier, more fulfilling and worth living.