The Realm Of Silence 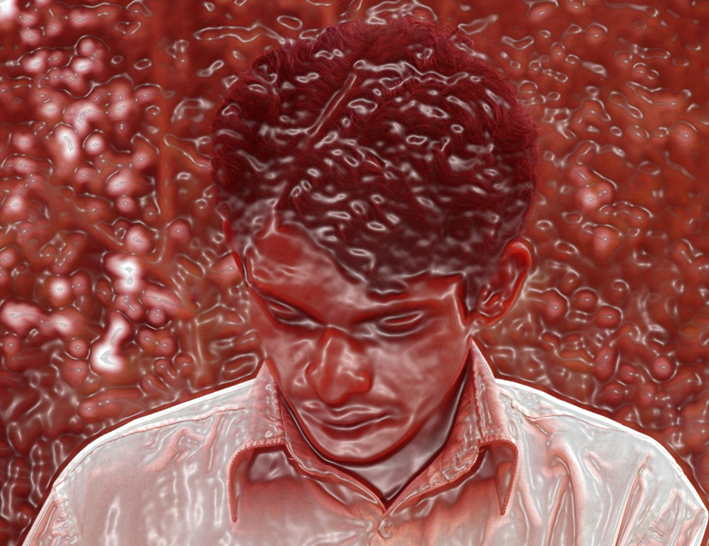 Boy X is 14 years old and has started experiencing puberty related changes. Some are completely nerve wracking for him. He shares the bedroom with four of his siblings including one brother who is 9 and two sisters who are 12 and 13. They can’t afford a separate bedroom sometimes, especially when they have visitors, even the parents are cramped in the same room with them. Nocturnal emission which is a normal thing became a big issue with this kid. He would get up in the middle of the night wash up or hide things that would reveal his experience. He got so tired of it that one day he decided to discuss the issue with his friend. The friend was equally ignorant about puberty. But he knew of a man whom the boys visit if they have issues that fall in the “realm of silence”. And being a good friend, he willingly shared the address with Boy X.

Boy X thought about it for a long time as he was uncomfortable going to a man and telling him about his problem. In his heart he was convinced that he has some disease, probably a kind that is either fatal or will turn him impotent. However, his major concern was to deal with it before any of his siblings found out about it or worse his parents discovered him. Boy X feeling guilty went on the adventure one day. He lied to his parents and the rest of his family about his whereabouts that day. He stole some money from his mother’s purse as he knew there will be some cost attached to the visit.

In a shady small room that wasn’t well lit, Boy X arrived to discuss his problem in privacy with the man who was supposed to cure him. The man gave him some medicines which he happily took and started gulping down as soon as he got home.

Many weeks passed but his problem didn’t go away. He doubled the doze to increase the impact and after a month he noticed that there was blood in his urine.  Boy X is more worried now, than he ever was before, but after losing faith in the miracle-man, he has nowhere to go. He is too afraid to talk to his parents because now sharing the problem means also confessing to the fact that he had gone behind their back to another adult for guidance. He lied to them and he also stole money to be able to afford his medicine.

Boy X was buying groceries for the house one day with the money and the list his mother had given him, when he saw an orange poster on the glass wall of a clinic nearby. The colours attracted his attention. So with a bag full of potatoes he went closer to look. It said: “‘Youth Helpline’. Call our toll free number and our qualified counsellors will discuss any of your sexual reproductive health related problems that you can’t talk about with anyone and give you advice. Your call will be confidential and your details will not be revealed to anyone. For Lahore, Peshawar and Islamabad Call 0800 44488

Boy X noted the number down. Looked around to make sure nobody was watching him and quietly went home to deliver the groceries. That night he lay awake in his bed trying to decide whether he should call or not. But the idea of dealing with a machine was very attractive to him. He decided to make the call. After all, nobody will know it was him who called. He had nothing to lose. Next morning, right after school, he stopped at a payphone and took out the neatly folded piece of paper on which he had jotted down the number. He dialled and was instantly connected to a counselor. He had asked for a male counselor so he got a male counselor.

The counselor took his name and address and promised him that he will not use it anywhere. But he needed it for his records and his reference number. At first he got scared but his need was so great that he gave in. The counselor asked him what was on his mind. After initial hesitation for a couple of minutes, Boy X poured his heart out at him.  The counselor was very patient and listened to his entire story. Later he gave him medical information about the changes he was likely to experience during his puberty.  That information had such a calming effect on Boy X that he could not help grinning on the phone for as long as he could remember later on. The counselor told him that he should immediately go to one of the clinics that his organization runs for boys like him and get proper treatment for his bleeding problem. For the other problem he needs to talk to his father who will make arrangements for his privacy in the house and help him deal with the situation created due to poverty.

Boy X was relieved. He even went to the clinic and got himself treated. He joined the organization’s youth programme which gave him other important information about his own body that will help him develop into a confident adult. But the part where he was supposed to talk to his father was the hardest to conquer.

One night an opportunity came his way. His mother along with the younger brother and sisters went to visit his Khala. He and his father were alone watching television. He summed up enough courage and broached the subject with him. The father was first shocked to see his son talking so confidently on such a hushed up subject but later realised that it was a lapse on this part because he as a father and as an adult should have foreseen this and talked to him about it earlier. He apologised to his son and shared his own equally weird and painful experiences of growing up. The sharing brought the two of them together like never before. There was always love between them but Boy X or his father never realised that an open talk would bring them so close. After that night they were just like two friends who could share things and enjoy life as friends. Nabila Malick.