6 Western Wedding Traditions And Their Origins 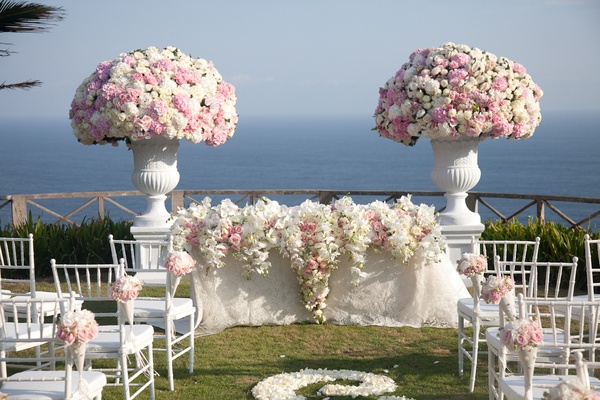 One of the most interesting wedding traditions remains with bridesmaids and their original purpose. Nowadays, bridesmaid dresses usually cause the most contention. However, originally bridesmaids dressed exactly the same as the bride. The purpose was to confuse evil spirits and stop them from becoming fixated on the bride, and ultimately prevent them from cursing the newlyweds.

It was actually Queen Victoria who introduced the white wedding tradition back in 1840. Since then, women all over the world have followed her cue. Traditionally, the white wedding gown symbolized purity, innocence and chastity. Not so sure about this nowadays as many brides are choosing other colors for their gowns.

Beyonce’s “if you like it, then you should have put a ring on it” lyrics chimes an element of ancient truth. In ancient Rome, when a man put a ring on a woman, he literally took possession of her. The ring symbolized his ownership. Additionally, ancient Romans believed the ‘Vena Amoris’ or ‘Vein of Love’ connected the left ring finger directly to the heart, which is why the wedding ring is only ever placed on this finger.

One of the oldest wedding traditions is the stag night and it hasn’t changed much since the Spartans started it in the 5th Century B.C. Stag nights are when a groom celebrates his last night as a single man. No superstitions, no evolution, just the same celebration with the same purpose.

In ancient times, bouquets were made up of pungent herbs and spices like garlic and dill. The reason was to ward off those pesky evil spirits and prevent ill health. Fortunately times have changed. Nowadays, brides carry bouquets made up of fragrant flowers as opposed to pungent herbs.

In ancient times, rice symbolized the seed of life. Traditionally it was thrown at the newlywed couple as they departed from the church. This gesture was to wish the couple luck, prosperity and fertility. Nowadays, it’s simply seen as littering and apparently it’s not so good for native birds. These days, people are replacing rice with ribbons or confetti.