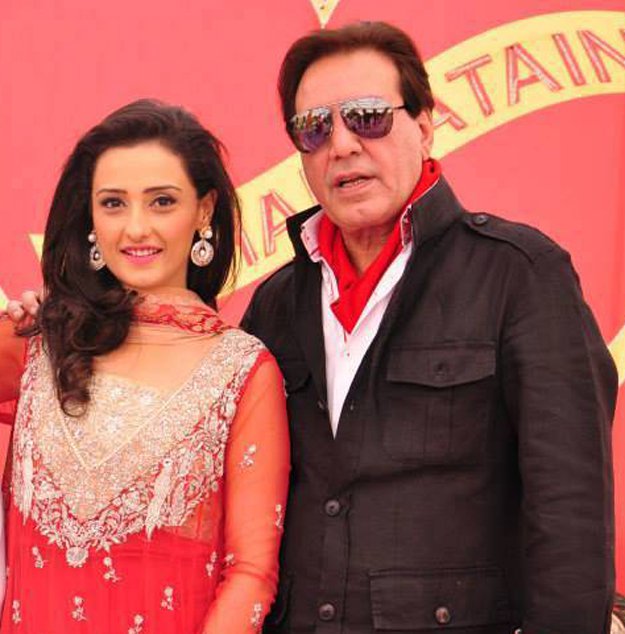 Daddy cool Javed Sheikh and daughter Momal Sheikh’s ‘Happy Bhag Jayegi’ is releasing later this week (19th August), making us all desperately wait for the romantic Indian comedy featuring our own stars. It is Momal’s debut Bollywood movie directed by Mudassar Aziz featuring Diana Penty, Abhay Deol, Jimmy Shergill, Ali Fazal in lead roles. Momal seems to have won the hearts of her co-actors becoming the most entertaining one in the sets during the shoots.

‘Happy Bhag Jayegi’ is a fun film about a runaway bride, who runs away from her wedding and lands up in Pakistan. Diana Penty (Happy) elopes from her marriage with Bagga (Jimmy Shergil) for Guddu (Ali Fazal), but ends up at Bilal Ahmed (Abhay Deol)’s doorstep in Pakistan. Momal Sheikh as Zoya is Bilal’s fiance. The trailer is comic and hopefully the movie will meet up audiences expectations.