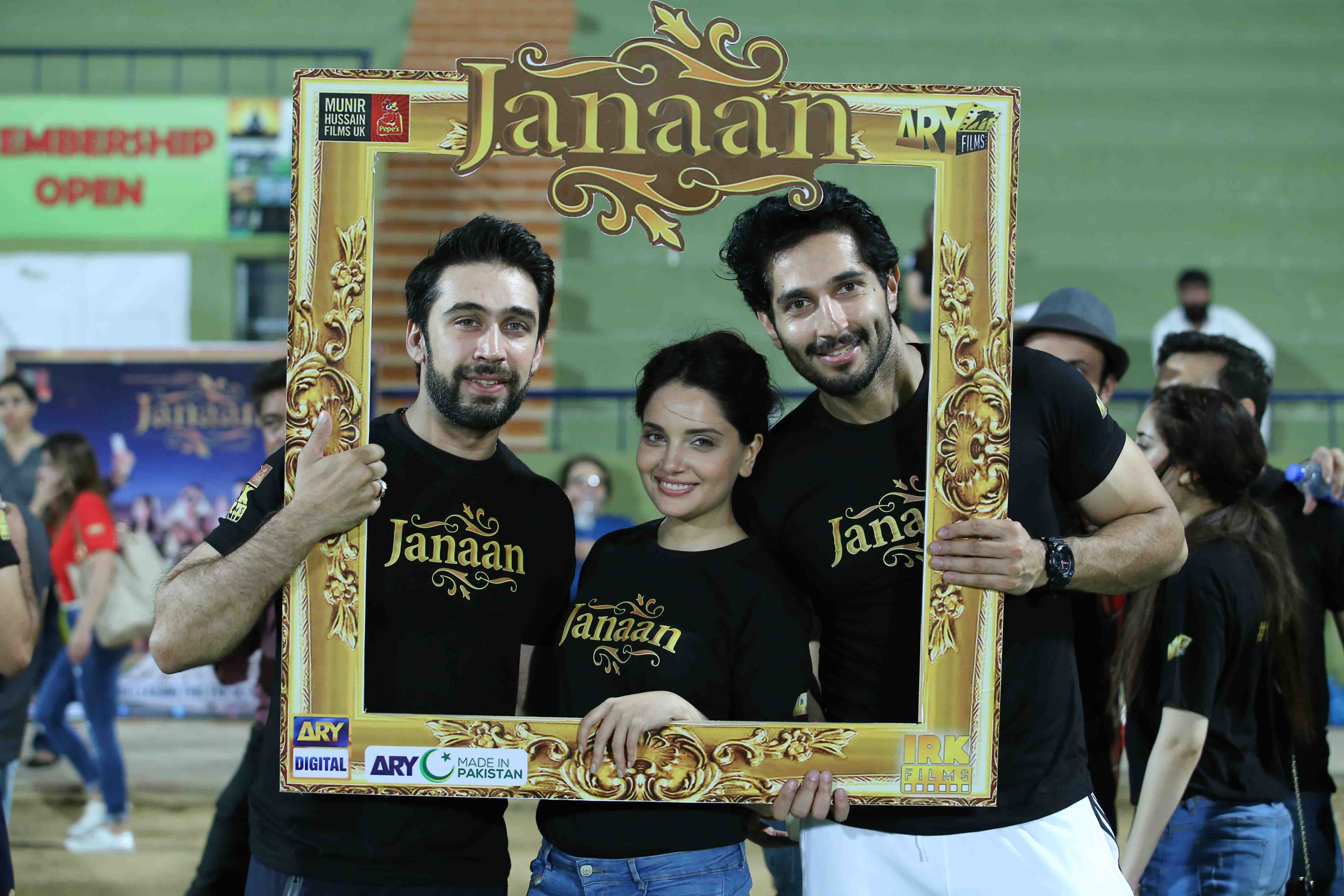 To celebrate the upcoming Eid ul Azha release of their film #Janaan, ARY Films and IRK Films recently organized an entertaining night of celebrities’ cricket at Moin Khan Academy with friendly matches held between the cast and team of Janaan, Lahore Se Aagey and team behind ARY Films.

It was an entertaining and thrilling event to celebrate Pakistani cinema which was attended by the Janaan cast along with other celebrities like Anwar Maqsood, Noman Habib, Fatima Effendi, Faysal Quraishi, Moomal Sheikh, Hasan Rizvi, Fahad Mustafa, Humayun Saeed, Fahad Sheikh, Danish Nawaz, Naveed Raza and many others who were present at the event to support our cinema.

Director Wajahat Rauf along with the cast and crew from his upcoming film Lahore Se Aagay came out to support Janaan and Pakistani cinema.

The star studded audience was entertained by the running commentary about the on-goings by the legendary Anwar Maqsood.