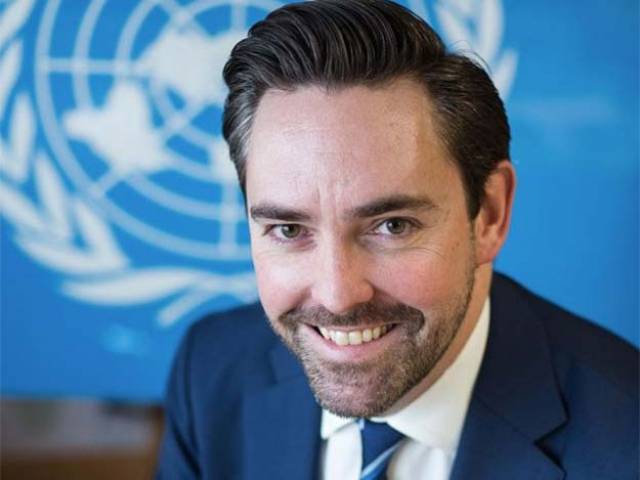 Marc-André Franche’s four-year tenure as UNDP country head for Pakistan ended earlier this month and in an interview last week, Mr. Fanche delivered some frank criticisms regarding the country’s political and economic elites, saying they don’t do enough to help improve the lives of the poor.

Mr. Franche who spent four years in Pakistan travelled across the country, visiting all four provinces on numerous occasions. He is critical of the progress of development in the country and is quoted as saying “the fact that even in 2016, Pakistan has 38% poverty; it has districts that live like sub-Saharan Africa; that the basic human rights of minorities, women and the people of FATA [tribal regions in the northwest] are not respected; that this country has not been able to get its act together and hold a census; or that it has not been able to push for reforms in FATA, an area that is institutionally living in 17th century. It is extremely preoccupying.”

Franches shared his disgust at how the political elite, large landowners, propertied classes and wealthy use their power to enrich themselves but do not work towards longterm benefits of the society as a whole. “I have visited some very large landowners, who have exploited the land for centuries, paid nearly zero money for the water, and how they almost sometimes hold people in bondage. And then they come to the United Nations or other agencies and ask us to invest in water, sanitation, and education for the people in their district. I find that quite embarrassing.”

As Mr.Franche’s bids farewell, the country will continue to stumble forward and our only hope is that action be taken towards steps to improve Pakistan’s development in education, health and infrastructure.