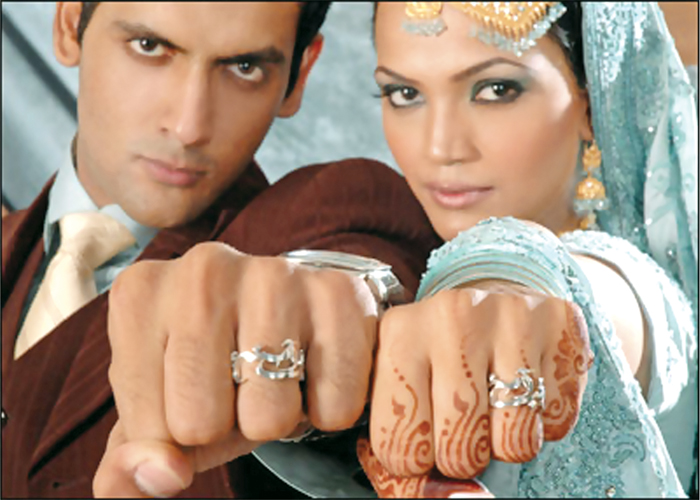 Aamina Sheikh is a sensational and acclaimed actress, model and L’Oréal Pakistan’s Spokesperson. She shares some interesting facts of her life with her husband Mohib Mirza who is also an actor.

When did you get married?

We fell in love and got our families involved, thus it was a love-arranged marriage.

We met at Geo TV, Karachi. I was newly onboard a show as a director which Mohib was hosting.

When we withstood each other on bad days, we realized we were made for each other.

Every little thing! It was such a memorable occasion that we cannot forget any part of it.

A dance floor and well-rehearsed skits for further entertainment would have been perfect.

A beautifully decorated, cozy room loaded with a pile of gifts.

We decided not to go off on a honeymoon and save up for a greater good instead. It was very much a mutual decision.

It was good to be at home and sit together, enjoying each other’s company.

I cannot reveal it yet.

Getting acquainted with each other’s newly discovered habits. It was a lot of fun getting to know each other better.

What was the most shocking thing about him/her which you discovered on the honeymoon?

It has been six years since we got married and we are both still waiting for anything that might shock us about the other person, but there is no such thing.

We take turns. It’s a relationship based on equality.

Neither of us can remember. We used to watch two movies every night in those days of us being a newly wed couple!

Mohib: Rehan Sheikh and Sophia Sheikh (Aamina’s brother & Bhabi). They are genuine, friendly and we usually have a lot to talk about.

Aamina: Farheen Mirza (Mohib’s sister). She’s a gem of a person and we connect very well.

Favourite activity as a couple now?

Our favourite activity these days is unwinding after a hard day at work, and watching a movie together with loads of snacks!

Which was the best time of your life? Before marriage? Afterwards? Still waiting? Or other?

The best time of our life began after marriage for both of us. We have been having a ball of a time and our love continues to grow!

Aamina: On October 29, 2009, we were at the International Filmmakers Awards Festival in Kent, UK.  Mohib was nominated for Best Actor for a foreign film titled ‘Insha Allah’. We were very excited and thrilled to be there. The hosts were about to announce the winner of his category, we both looked at each other nervously, crossed our fingers, prayed and seconds later heard ‘Mohib Mirza’ was announced as the winner. There was a roar around us. Instead of instantly running up to collect his award, Mohib turned to me and handed me a thin, long, slick black case and asked me to open it. I did and it was a necklace with a star pendant, which had ‘Aamina’, engraved across it. He handed it to me, smiled and walked up the stage to collect his ‘Best Actor’ Award. I was floored, teary eyed and extremely proud of him. It is a very precious moment and a memory we both cherish.