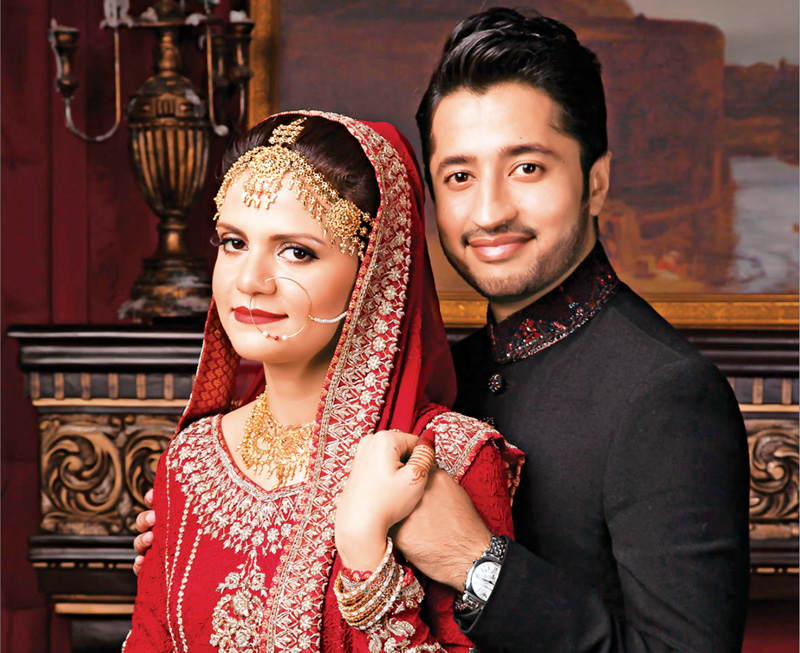 Maram is one half of the marvellous Maram Aabroo duo that excels in photography, styling and make-up. Omair is her knight in shining armour. The combination created what we used to read in fairytales!

When did you get married?

How and when did you meet?

What made you two decide that you could spend your whole life together?

M: It was Omair’s persistence and perseverance and my father’s approval that made me decide.

O: We were really good friends. And gradually that friendship evolved into feelings for each other.

Who proposed to whom? When and how?

O: I proposed to her in 2007. We were best friends and it just came naturally to us. We were always there for each other and everything fell into place.

M: The one that I’ll never forget was when all my friends were dressing me up on my valima. Aabroo was fixing my earrings and saharay while Rabia Butt was handing her the jewellery. Rabia was applying nail polish on my feet while Fahad Hussayn was fixing flowers in my hair. I felt so blessed for having friends who loved me so much.

O: I remember everything about my wedding day. But one moment I can’t forget is when Aabroo and I were waiting for Maram to get ready and come downstairs for the wedding shoot. There was dim light in the basement, only studio lights were on as my solo shots were being taken. Suddenly, there was some hustle and bustle. I looked up towards the staircase and Maram was stepping down the stairs with her friends. I looked at her and I forgot to blink. I think even the universe stopped for a moment.

One thing you wish you could have added to your ceremony?

M: I really wished my father could have been there at the wedding to see how perfect it was. It was so well-planned and beautifully organised by my friends and family that I could not have wished for anything better.

O: Her father’s presence was sorely missed, as he could not attend due to his ailment.

Where did you go for your honeymoon? Who decided the place and why?

M&O: Our honeymoon has been put on hold for a while.

Who gives in when you two fight?

M: Omair has to give in. Otherwise things become nasty.

O: Either one of us.

The first movie you two watched together as a couple…

M&O: We have watched so many movies together… really don’t remember which was the first one.

The one relative or friend of your spouse that you just cannot tolerate, and why?

M: I firmly believe in ‘good fences bring good neighbours’. So far, I haven’t given anyone the chance to become intolerable.

Favourite activity as a couple?

M&O: Breakfast together is our favourite.

Which was the best time of your life together? Before marriage, the honeymoon, or now? Or still waiting?