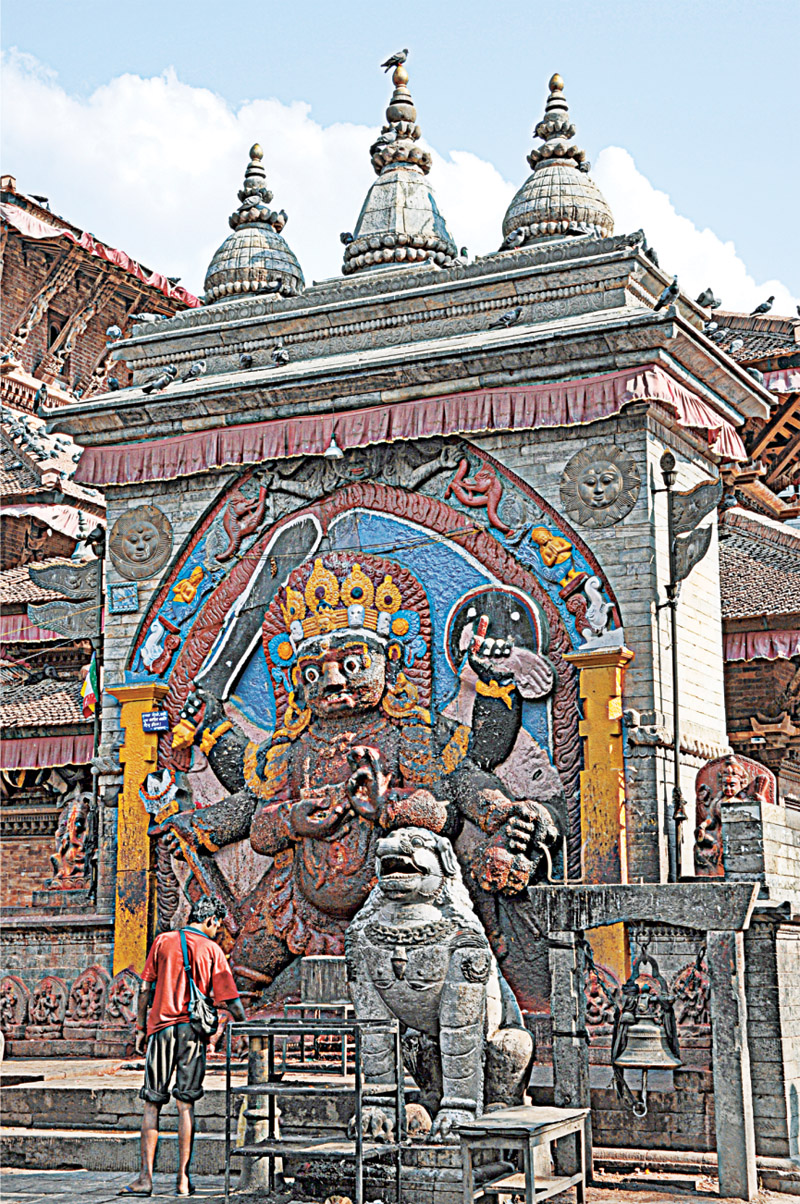 For the adventurous amongst us, Nepal is essentially a kind of a bantam Africa. It has wild animals including the Rhinos, Bengal Tigers, elephants and a number of other animals in a safari. And, of course, there are the Himalayas and Kathmandu to see.

The arrival in Kathmandu is amazing in its own right. As you are heading in for a landing, you suddenly realise that you are between high mountains and you are very close to the ground coming in over the pass heading into the airport. Once your heart rate normalises, you behold a beautiful valley; it is actually breathtaking.

The food in Nepal is great, the safari experiences are unforgettable, the people are friendly and the sights and sounds, most interesting. It is clearly a poor country but you will have to learn to accept that. But there is ample history and culture to be appreciated.

Ok, so why would anybody want to go to Nepal? Let us tell you why.

Kathmandu is nestled in a beautiful green valley surrounded by mountains. The only drawback though is that you see poverty like you might have never seen before. Beggars, lepers, drug sellers and pushy salespeople all fill the streets. The architecture is unique. The timber shutters covering the windows are intricately carved in timber, which makes the houses dark and cool in this sub-tropical climate. Summers are hot and wet. The doorways in the old brick buildings are surrounded by opulent carvings as well, which tells of a wealthier past. The touches of modern living can be seen amongst the old.

You will see families which are out for a stroll; men wearing the traditional garb of loose knee length shirts over tight-legged trousers, khaki in colour, often with a white brimless cap, the women in saris of vibrant colours trimmed in gold. Surprisingly, the Nepalese men hold hands or walk arm in arm which is quite an acceptable practice for all Nepalese men who are never seen holding the hand of a woman.

The first stop for any tourist is the Durbar Square. Ancient palaces in Nepal are usually flanked by a public square. The square, which is now a World Heritage site, is surrounded by a cluster of very interesting buildings. As well as the old royal palace, there are numerous fascinating temples, the Kasthamandap (House of Wood) and the Kumari Chowk, which has the most fascinating story of all. This square, which serves a three-storey building, is small and enclosed. The windows are beautifully carved and its doors are guarded by huge stone lions. Kumari Chowk is the home of the kumari, a young girl whom the people believe is a living goddess or a reincarnation of a goddess. These little girls are chosen in a similar way to the Dalai Lama, with very rigid tests. They remain a kumari until they reach puberty. After puberty she ceases to be the kumari and another one has to be chosen. The kumaris are naturally very adored and well protected. They receive no formal education. They are not allowed outside the palace except to take part in one procession a year. You will be allowed to enter the quiet, inner courtyard of the kumari’s palace but might not see any sign of life behind the carved timber shutters.

You can plan small morning and afternoon tours around Kathmundu as detailed below:

Pashupatinath is a very important Hindu temple where, each day, cremations are carried out on ghats, which jut out into the Baghmati River. Across the river from the cremation ghats, the bank rises in terraces upon which are built temples and shrines. The Baghmati River is believed to have come from the head of Shiva, the Hindu god. The source of the river is in an ice cave in the Himalayan Mountain Range and flows out into the Bay of Bengal. This river is to the Nepalese what the Ganges is to the Indians.

As Pashuputinath is a holy area, you will spot many Sadhus. They have cast aside everything temporal and spend their life in prayer and meditation however, some go a little overboard, dressing in brightly-coloured loin cloths, covering themselves in ash and posing in a most interesting manner with a foot tucked behind one ear. This is probably a bid to have the tourists pay to take their photographs. And they do! A photo opportunity like this usually does not come along every day.

A little way along, there are the royal ghats where the cremation of any member of the royal family is held. When the royal family was massacred a few years ago, it was cremated in one huge funeral pyre that took a whole day to burn.

Bodnath is in the Tibetan quarter, often called “Little Tibet” because many of the displaced Tibetans live and work in this suburb of Kathmandu. Bodnath’s greatest attraction is the massive Tibetan Bodnath Stupa. It is surrounded by monasteries, shops and prayer wheels. It towers up towards the sky, draped in fluttering prayer flags. You can climb on to it and walk around it for a great view of the area. It is fascinating to watch the Tibetans, dressed in their national costumes, circumambulating the stupa and brushing their hands across the prayer wheels to make them spin the enclosed prayers to heaven.

You can plan to visit the medieval city of Bhaktapur in the afternoon. There is a dedicated area where pottery is crafted in the way it has been for centuries. The palace, with its fifty-five windows, dominates the scene around the Durbar Square.

Patan is a city separated from Kathmandu by the Baghmati River. The city is ancient. There are stupas on each of the four corners of the old city that are said to have been built in 250 BC. The Tibetans, who fled their country when the Chinese invaded, have lived here since and have built up their cottage crafts into very profitable businesses and in this area are especially well known for their carpet weaving. Most of the city was built in medieval times so the buildings you will see in the Square are similar to those of Bhaktapur, only on a larger scale. There is an assortment of temples here, with the fabulous architecture you would have come to expect by then. The tiered pagodas are shady places where the locals can escape the hot sun.

The Golden Temple in Patan

There is a Buddhist temple close to Durbar Square in Patan known as the Golden Temple. It is quite magnificent and is said to date back to the twelfth century. Its doorway is guarded by two painted lion figures. The inner courtyard houses a very ornate, guilt, three-storey temple. Locals visit, light butter candles and burn incense here. We also see more prayer wheels, which spin prayers off towards heaven.

Swayumbanuth or the Monkey Temple

Swayumbanuth or the Monkey Temple is a Buddhist stupa and temple complex which is set on a hill overlooking Kathmandu.  You can go up by the bus or climb over 350 stairs. On the way you will see dozens of monkeys, which are playing on the rocks with the cutest little babies hanging on tightly. The view from the temple complex is spectacular.

Nepal has a typical monsoonal, two-season year. The dry season runs from October to May and there’s the wet (monsoon) season from June to September. Autumn (September to November) and Spring (March to May) bring almost perfect weather and are definitely the best times to come to Nepal. May and early June are hot and dusty.

Mid-June to September, when the monsoon finally arrives, is the least popular time to visit Nepal. Although it doesn’t rain all day it usually rains every day, and the trails and roads are muddy and plagued by leeches; the Himalaya disappear behind rain clouds; most rivers are too high to raft; and landslides often hold up transport. The latter part of the monsoon (August and September) is a time of festivals, which will certainly enliven a visit to Kathmandu.

Visas are issued to all nationalities on arrival at any of the designated entry points except the nationals of Nigeria, Ghana, Zimbabwe, Swaziland, Cameroon, Somalia, Liberia, Ethiopia, Iraq, Palestine & Afghanistan need to apply for visas in their respective countries.

For any more information, you can visit the following website:

The pricing details alongwith various special offers are available on the websites given below: