5 Holiday Hotspots You Must Visit 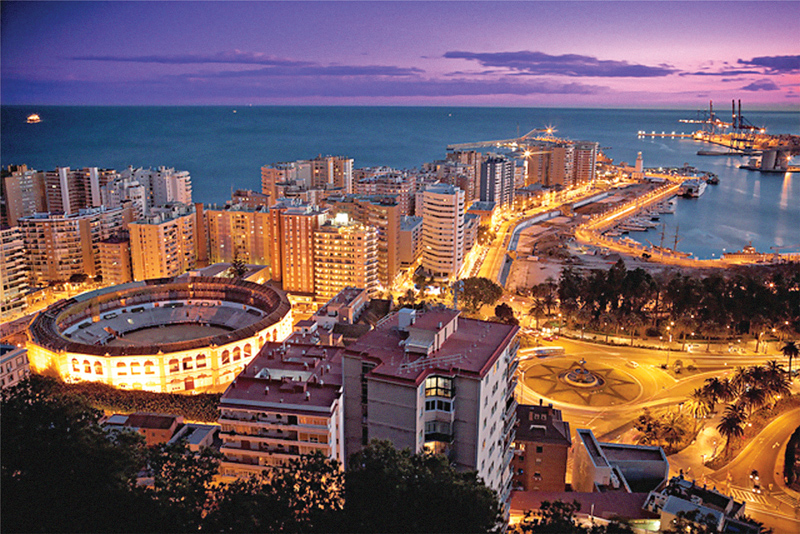 Málaga’s credentials as a cultural city are getting a serious boost, after the Pompidou Centre’s opening of its first outpost outside Paris this Spring. The Cube- a striking €5m glass building on the revamped marina houses a permanent modern art collection and runs a programme of art events from dance to video. The birthplace of Pablo Picasso is also set to be home to a branch of the St Petersburg State Russian Museum, showcasing art from the 15th to the 20th centuries. The Museum of Fine Arts and Archaeology, opening later in the year, will complete the triple whammy of new attractions. Besides museums, Málaga has plenty for the foodie traveler. What’s more is that here you can find great shopping, nightlife and access to some of the best beaches, perfect for even a weekend break combo. The Soho Boutique Hotel opened last year in the arty Soho barrio, south of the old town, with double room rates from €63 room-only.

The hit TV drama ‘Broadchurch’, has put Dorset on the map! The release of Thomas Vinterberg’s film ‘Far From the Madding Crowd’ in May has had people flocking to this rolling landscape in, well, madding crowds. A new trail map, Exploring Thomas Hardy’s West Dorset- the novelist used the ancient name Wessex for his “partly real, partly dream county”, will link places that inspired him, including his birthplace at Higher Bockhampton. Those looking for a modern billet should be able to bed down at the eagerly anticipated Seaside Boarding House, whose opening was delayed from last year. On cliffs near Lyme Bay, it is the latest venture by Mary Lou-Sturridge and Tony Mackintosh, who founded the Groucho Club in London’s Soho in 1985.

The Musée Soulages opened in Rodez in May 2014. After two months, 100,000 people had visited. Suddenly this out-of-the-way town in south-central France was on the cultural map. Pierre Soulages is France’s most famous abstract artist, a sort of Gallic Mark Rothko, with the emphasis on black. The spectacular, modern cuboid steel building is home to 500 of his works gifted by the artist to his home town. A bonus for the visitor is that local award-winning chefs Sebastien and Michel Bras have opened a cafe/brasserie within the museum. Places to stay include La Ferme de Bourran, a converted 19th-century mansion with seven well-equipped, modern rooms from €89 to €200.

A new film adaptation of the adventures of Mowgli in Rudyard Kipling’s Jungle Book will hit the big screen next year, with a stellar cast including Scarlett Johansson and Bill Murray. It also happens to be 150 years since Kipling’s birth. For those inspired to seek an Indian jungle experience, Village Ways has a new trip to the central state of Madhya Pradesh, staying in village-owned accommodation in the forest community at Sakata, with wildlife walks and safaris into the Pench tiger reserve. A five-night trip will cover full-board, including internal flights and transfers.

Sri Lanka has golden beaches and swaying coconut palms in abundance, but some of the island’s most beautiful stretches of coast were off-limits for decades, lying as they did in territory controlled by the Tamil Tigers. Now, five years after the civil war ended, new luxury resorts such as those run by Uga Escapes, are springing up on lush and largely empty shores around the port of Trincomalee. But for truly untrodden Sri Lanka, foreign visitors should enjoy a truly novel experience by taking the train that started running from Colombo to Jaffna last autumn, in an air-conditioned carriage. This northern city is now rebuilding its few hotels and opening its doors to the world. Stay in the centre of town, close to restaurants on Stanley Road. The Cosy and the Nila are both good and astonishing value. The Subhas Hotel (doubles from £20 B&B). Only one wing has been rebuilt so far, but the welcome is friendly, and they will bring a delicious breakfast of roti or dosas, with tropical fruits and tea to your room. For somewhere less edgy, particularly if you are a female traveller try the Green Grass (doubles from £27 B&B). It is a walk or short tuk-tuk ride to the fort, and dinners are excellent.

Hotels and tourists are even rarer in the sunny, sleepy islands beyond Jaffna, reached by causeway and free ferry, but the intrepid traveller will find a ready welcome from people cut off from the west for a generation. Bon Voyage readers!