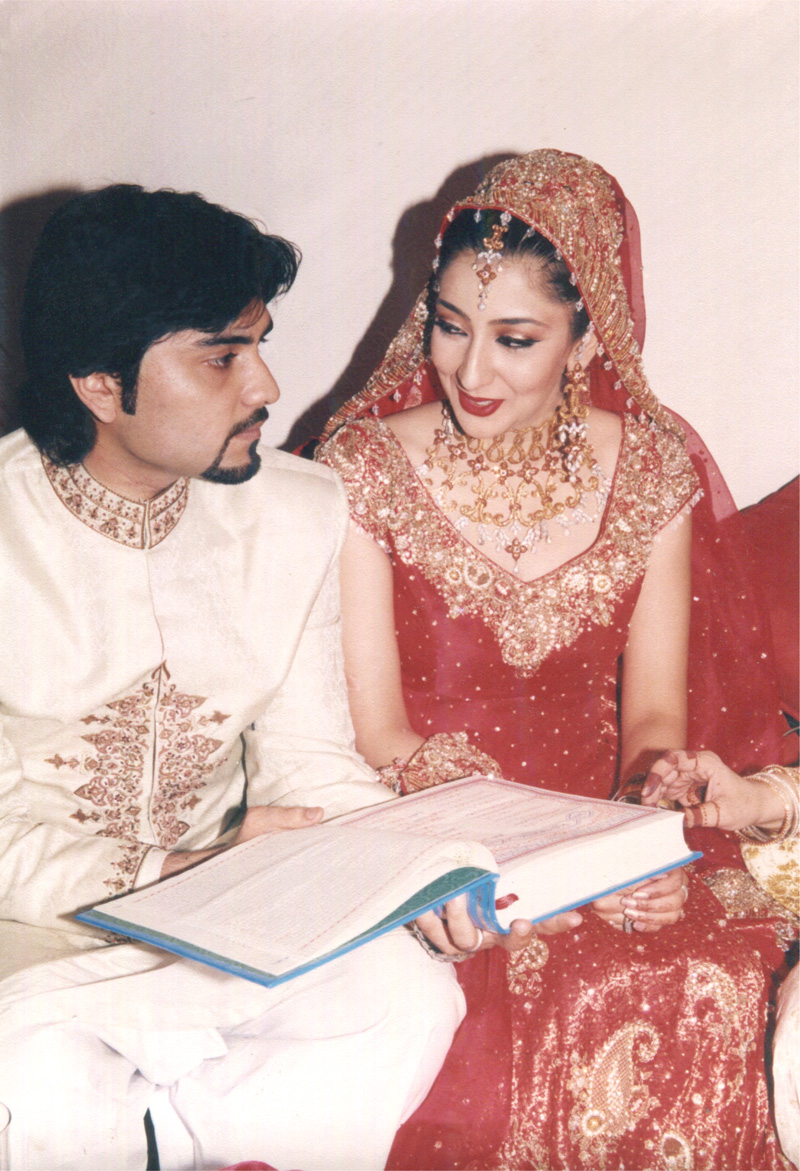 Hassan: A bit of both. First we met and then when things became a little serious we involved our parents. Eventually we got married.

Shiza: We met at my cousin’s wedding, who happened to be Hassan’s friend. Both of us were really fond of dancing. Later, I found out what Hassan had to go through to have himself paired up with me in one of the songs!

Shiza: He says that as soon as I saw you I told my friends that this is the girl I want to get married to! His persistence led to our marriage.

Shiza: There was a lot of rain. I had fractured my foot and I remember having a little bit of cold feet. But there was lots of love and laughter in the air.

Hassan: I think it was great the way it was.

Shiza: We went to Langkawi, Malaysia. I love the beach and Malaysia was the best option in late August in the Monsoon season.

Shiza: When Hassan completely shaved his goatee for the first time – I could not recognize him at all!

Hassan: Long walks on the beach!

Shiza: That he did not enjoy water supports. Luckily, I have managed to change that now.

Hassan: There were no major surprises.

Shiza: I wish it could have been longer if it had not been for my classes at NCA.

Shiza: I make sure it is always Hassan!

Hasan: The Illusionist and The Holiday. We enjoyed them.

Shiza: Hassan, me and our boys are very close with Aisaam-ul-Haq and love spending time with him whenever he is around. We have a lot of close mutual friends (would be difficult to name them all).

Favorite activity as a couple now?

Hasan: We love to travel together and spending time with our two little boys.

Which was the best time of your life? Before marriage? The honeymoon or now? Or still waiting?

Shiza: Allah is very kind and I am grateful to him- we love to live in the moment and cherish the memories!

Shiza: We moved to Karachi for four years in 2010 and for us that was simply amazing. We got a chance to be on our own and know each other better! Our kids were really young so we gave them all the attention and it was completely precious. We met some amazing people and still remember those days!