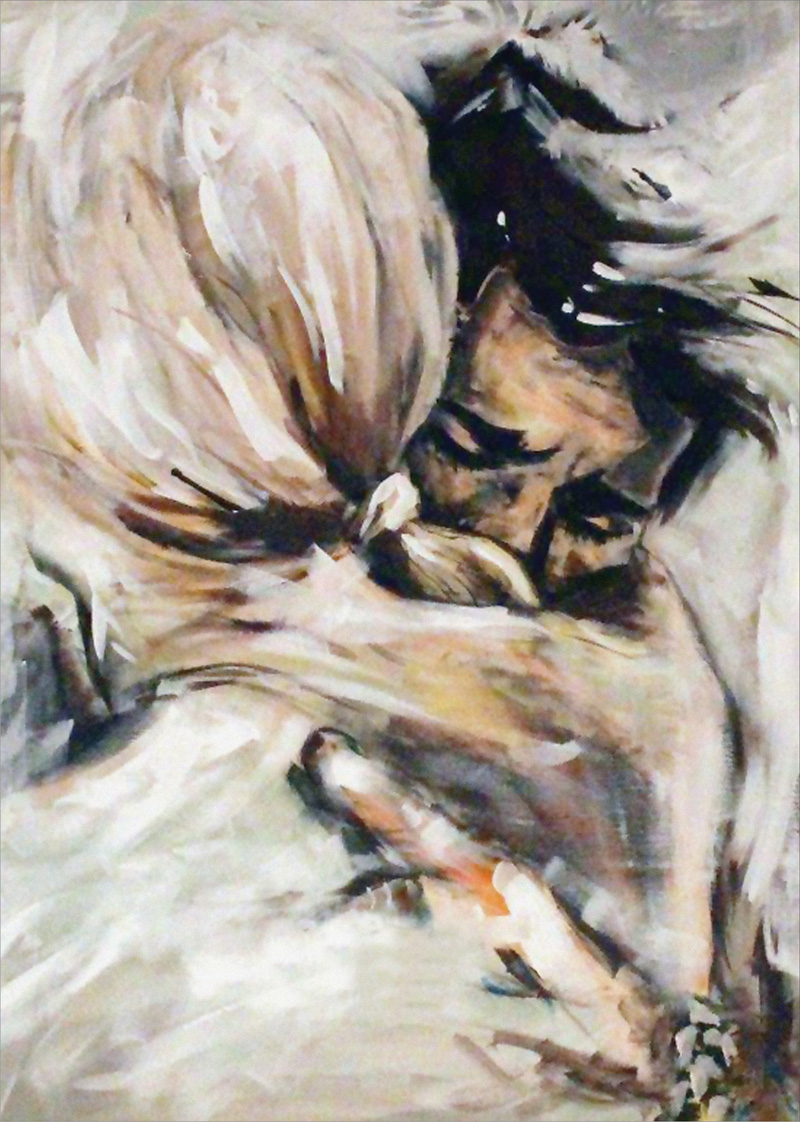 Brides & You got an interesting letter from one of our readers, sharing his story for the Sinful Spouses column and asking a question. Here is how the letter goes:

I am a fifty two year old man looking back at a 32-year-old marriage and feeling like a fool. My wife was 14 when we got married. It was an arranged marriage but I was happy and believed that my wife was happy too. We did not meet much before the marriage but we were no strangers. Being family friends for ages, we had ample opportunities to check each other out. My wife was a beauty and considered a catch, which made all my competitors very jealous of me when her parents agreed to marry her off to me. I was the most promising youth in town, so everybody more or less agreed that it was a good match or that is what I believed.

My wife is quite unaware of her beauty and her power over the opposite sex and that is one of her charms. It wins you over instantly, when you meet her. She is not just a beauty, she is intelligent and hard working. She came to live with me in my family home after our marriage. The home I shared with my parents, my two elder brothers and their families. The house was big with four portions, each brother getting one and my parents in the fourth one. We had a communal space that was in the middle of the house joining all four portions with independent entrances that were hardly ever used because we all used the main entrance leading us to the common area. The house was full of laughter and celebrations all around the year. My mother was proud of her three daughters-in-law, who never had any problems and lived together like sisters. We did not have servants, but each one of them felt obliged to the other for the care and love showered on them.

The house was blissful. They would go shopping for clothes and we would often catch them laughing and enjoying their adventures together. My mother enjoyed endless freedom and would go visit her friends and family all the time, which means she was never home. It was a fairy-tale setting.

Many things changed over the years but none of us felt the need to move out of our parents’ house. Who would want to walk away from a fairy tale existence? My brothers and I worked in our father’s shop, away from our small town and were out early in the morning and came back late at night. Mostly together but we were not stitched to each other. We had our different roles and would go about it making sure one of us is always manning the shop with my father.

I loved my wife when I married her but I fell deeper and deeper in love with her each day that we spent together till two years ago when I walked into our bedroom and found her in bed with my elder brother. And in a state of shock these were my thoughts: What was I seeing? When did it start? How is it possible? Who is this man? Who is this woman?

Trust me if you try hard enough you can still convince me that for that one fateful moment some evil spirits had taken over their bodies and they were not my wife and my brother. My brother dashed out of the private entrance before I could comprehend the situation and my wife froze and did not move at all. I kept staring at her for what felt like an eternity and she kept crying with her head down.

I left the room. I sat in the common area where the world was going on around me in the usual manner. My sisters-in-law were going on about their business but they did notice my off colour and thought I was falling sick. That is why I came home early on a working day. They made me comfortable so I could lie down and rest. I accepted their love and care and shut my eyes so they would not read what was imprinted in them. I looked at my elder sister-in-law- my brother’s wife, the man who had just stabbed me in the back or maybe had been at it for the last three decades, and I wondered if I could eye her the same way my brother looked at my wife. I was filled with disgust with the thought alone.    My mind would not stop playing the scenes I had just witnessed over and over again in my head and I felt anger, hurt and utter frustration at being unable to decide my next course of action.

I stayed like this for a whole week in the common area. My brother made an excuse and left the town for a month. I did not speak to my wife and she kept her distance. I would catch a glimpse of her every now and then working around the house but could not bear to look at her, so would shut my eyes immediately and pretend to be asleep. Many doctors were brought to my bed side and many a times blood was drawn out of my veins to get to the bottom of my disease.

Finally after eight days on bed I mustered enough courage to get up and leave the house. I tried to concentrate on work, sometimes it would work, sometimes it would not and like this a whole month passed. My brother returned home and kept avoiding being around me. I never knew my brother that well. He was eight years older than me and I was trained to keep a respectful distance. His job was to put my interest before him and mine was to obey his each and every command. I never saw or felt a reason to change that order. But my wife was my companion, mother of my only son and my life partner. I was so convinced that she loved me at least as much as I loved her if not more.

I did not know what to do or what was expected of me in the circumstances but I figured in one month that I would not be able to live with her and my brother under the same roof. I applied for a job in Dubai and eventually I managed to get it. The night before the morning I was leaving for Dubai, almost two months after the incident my wife found me in the room alone and came inside. She locked the door and sat in front of me. She spoke for the first time and this is what she said, “Are you leaving me?” I did not answer. She continued. “You should at least ask me why it happened.” I was not sure I wanted to know so I kept quiet.  “I will tell you anyway and then you can go,” she continued the monologue.

“I was fourteen when I came to this house. My mother said only one thing to me on my wedding day and that was that I should never come between the brothers. She said that they love each other and if you come between them you will have no place in that house.

On my wedding night you did not touch me because you thought I was sleeping when you came to my room. I was not sleeping I was crying because your brother paid me a visit and slept with me. I was so scared of him that I did not even stop him. Everyone was busy with guests and it was very late at night. The next morning I wanted to tell you but I did not know you that well and I knew what would happen to me if I did. It would not have been any different than today. And I was not ready for it. Living with you I fell in love with you. You took good care of me. I loved everyone in the house. I loved my life in this house and I did not want to risk it by telling anyone about the incident that nobody would do anything about; that nobody could undo! The way I saw it, staying quiet about it, was the best option I had.

I am not giving you an excuse. I am merely telling the story from my side. After the wedding night your brother would engage in the sinful act whenever he would find the opportunity of being with me alone, which was very rare so every time I would tell myself that the best way to deal with it is to stay quiet about it and when I did, things stayed the same and in a few days I would forget about it and enjoy my life. Then a few months back he made a key for our private entrance and started creeping up on me when I was alone in our bedroom. I tried to avoid being in the room alone but still he would find an opportunity every now and then.

I had now convinced myself that he is old, I am old and this will die down itself without anyone ever finding out but then that day you saw us. I wanted you to kill him but you just stood there judging me. And now you have decided to punish me by leaving me in the house alone with him and taking my life away from me.

Just tell me what was I supposed to do? I could not stop him without telling you or his wife and both options would have destroyed the household. Your parents would not have believed me. Am I sinful because I did not want you to throw me out because your brother forced himself on me?”

I did not say a word. She kept crying the whole time and finally got up and left the room. I got on the flight to Dubai the next morning and never went home but not a single day passes by when I do not think about my wife, my son, my house and the betrayal. What am I supposed to do? Please tell me if my wife’s love was nothing but a mirage?

Readers, we have brought this story to you not word by word of course, but you do get the picture clearly. The writer has asked the opinion of our readers, perhaps out of a sense of guilt or perhaps to get a validity stamp that his behaviour was justified. We cannot judge who is the sinful spouse here, the one who bailed out or the one who did what her 14-year-old mind told her to do to deal with an impossible situation and continued taking abuse because that is what our women are told to do. But if you have opinions do write to us. And what about the brother? He is the abuser but the brother did not even confront him. He lives the same fairy-tale life that he spoiled for others by the darkness in his soul.