Paulo Coelho’s ‘The Spy’ – A must read 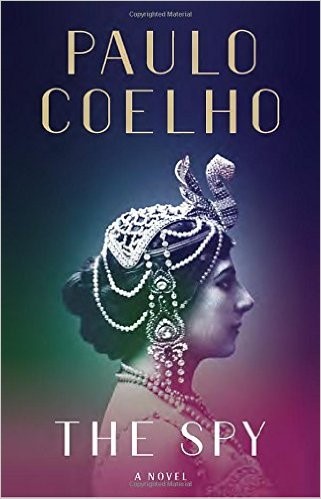 Paulo Coelho, the author of the famous book “The Alchemist” has written over 22 books. The Spy is his most recent novel and is written in the form of letters. It is set in the background of World War 1, when the Allies (Germany, Italy, Austria & Hungary) pitted themselves against the Central Powers (UK, France & Russia). It was in this era of conservatism that there was born a ‘femme fatale’, known as Mata Hari.

Mata Hari was imprisoned in St Lazare, the prison for women in Paris. When posed with the question-What was her crime? Was she innocent? Hari herself says: ‘Innocent? Perhaps that is not the right word. I was never innocent, not since I first set foot in this city I love so dearly. I thought I could manipulate those who wanted state secrets. I thought the Germans, French, English, Spanish would never be able to resist me—and yet, in the end, I was the one manipulated. The crimes I did commit, I escaped, the greatest of which was being an emancipated and independent woman in a world ruled by men.”

Mata Hari was unjustly inflicted with espionage. She was guilty because she dared to challenge certain customs. Customs of male chauvinism, customs of seeing the woman as inferior. She fought with courage and freed herself of the tentacles of dogmatism. She was a libertine, a warrior, who demanded to be seen not as a victim but as “someone who moved forward with courage, fearlessly paying the price she had to pay.”

Her original name was Margaretha Zelle. She was named after a famous actress. Her parents left the world, leaving her alone in the big, cruel earth. But her mother gave her a piece of advice which she remembered in times of distress and depression. The advice was to accept what life has to offer you with joy and steer the wheel of life with stability and steadfastness.

Mara Hati was drilled with the concept that a woman is incomplete without a man and so she must marry. However, her husband repeatedly humiliated and raped her and so she let go of him.

As she went to France, she introduced herself as Mata Hari, “the classical dancer to oriental music.” For Mata Hari dance was not just bodily movements but it was an expression of oneself, in the eyes was depth and they spoke and told their story. Mata Hari was brave because as she stripped her layers of clothing, there was not a single such instance which revealed embarrassment. Rather it was a show of complete confidence.

Although Mata Hariwas a risk taker and bold, yet she could not escape the charges she was blamed with. As she was given a proposal to head to Berlin she did not know of the consequences she would have to face. She was hired as a ‘spy’ for France. And who could do that better than Mata Hari because she was a celebrity and moved in the elite public circles. She was a ‘secret agent’ pun intended for what she revealed was nothing new.

As she questions herself, she begins to understand her life. It all falls into place. Who was Mata Hari? The dancer, the humiliated housewife, a prostitute or a vulgar artist? How many identities did she have?  And it is because of these multiple existences and the fact that her entire life was a lie that she was executed.

A thrilling read but with a few failings. The historical background is not that well researched and the character of Mata Hari is mostly iconized and not treated as a living human. Paulo Coelho, weaves several themes in one novel thereby taking the focus away from the primary thematic concern. The book despite its shortcomings is worth reading for all those who are fans of Coelho. It must be a part if your bucket list.