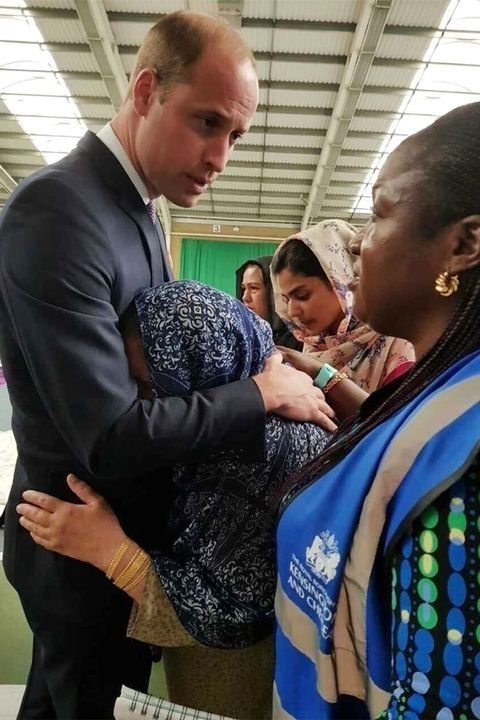 We are gushing over Prince William, who was photographed hugging a distraught woman grieving for her husband, missing in the fire in the Grenfell tragedy. With the heartfelt exchange, the Duke of Cambridge broke royal protocol. Historically, it’s understood that members of the public can’t touch members of the royal family, except for with a formal handshake. However, in an emotional situation such as this, a simple handshake won’t do. Prince William put his arm around the grieving woman in a sudden display of emotion for people who lost their houses and belongings in the tragedy. Looks like an apple does not fall far from the tree !