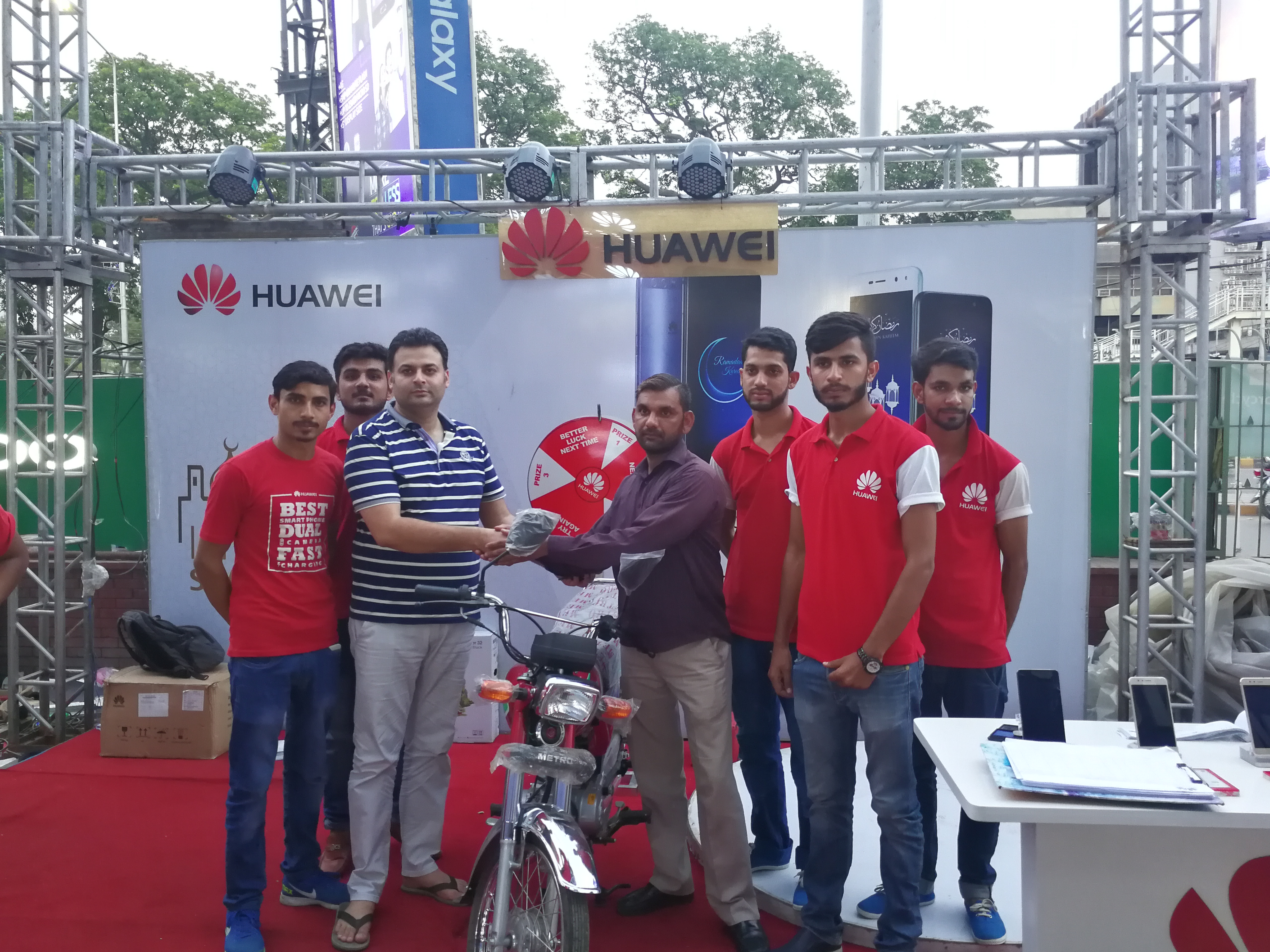 Huawei, a global technology leader is rewarding its customers with a lucky draw after its campaign in the holy month of Ramadan and Eid. Huawei conducted its second lucky draw at Lahore, where numerous lucky customers won a myriad of prizes such as motorbikes and LED TV’s.

With the objective of adding thrill and excitement to the lives of the customers and Huawei fans, Huawei Pakistan carried out this campaign for a month. Huawei plans to continue conducting this grand lucky draw for another 2 weeks every Friday.

Covering major clusters in all cities across Pakistan, the Grand Lucky Draw will be held for 2 more consecutive Fridays. The other gifts will include Huawei gift items such as selfie sticks etc, whereas the grand lucky draw will be giving bigger prizes such as Television Sets, Motorbikes etc.

To enter the competition customers have to purchase any Huawei device from an authorized retailer and automatically become a part of the grand lucky draw along with winning on the spot Huawei merchandise. The live audience on Huawei’s social pages also got the opportunity to win giveaways by participating in various games and contests being conducted in the activity.

With the recent launch of Huawei’s winning midrange devices, the Huawei Y3 and Y5 2017, the tech giant is already gearing up to release the Huawei Y7 2017, in the coming month. The highly anticipated device will be launched in July, and is rumored to boast the same powerful processor and advanced camera features the Y series is  known for.With remarkable products for all ranges and preferences, all boosting powerful performance and award winning camera capabilities, Huawei truly offers something for everyone.

Huawei is rapidly emerging as an innovative industry leader within the electronics and telecommunications arena, aiming to deliver exceptional services to the rapidly expanding segment of smartphone users in Pakistan, who seek powerful global connectivity.