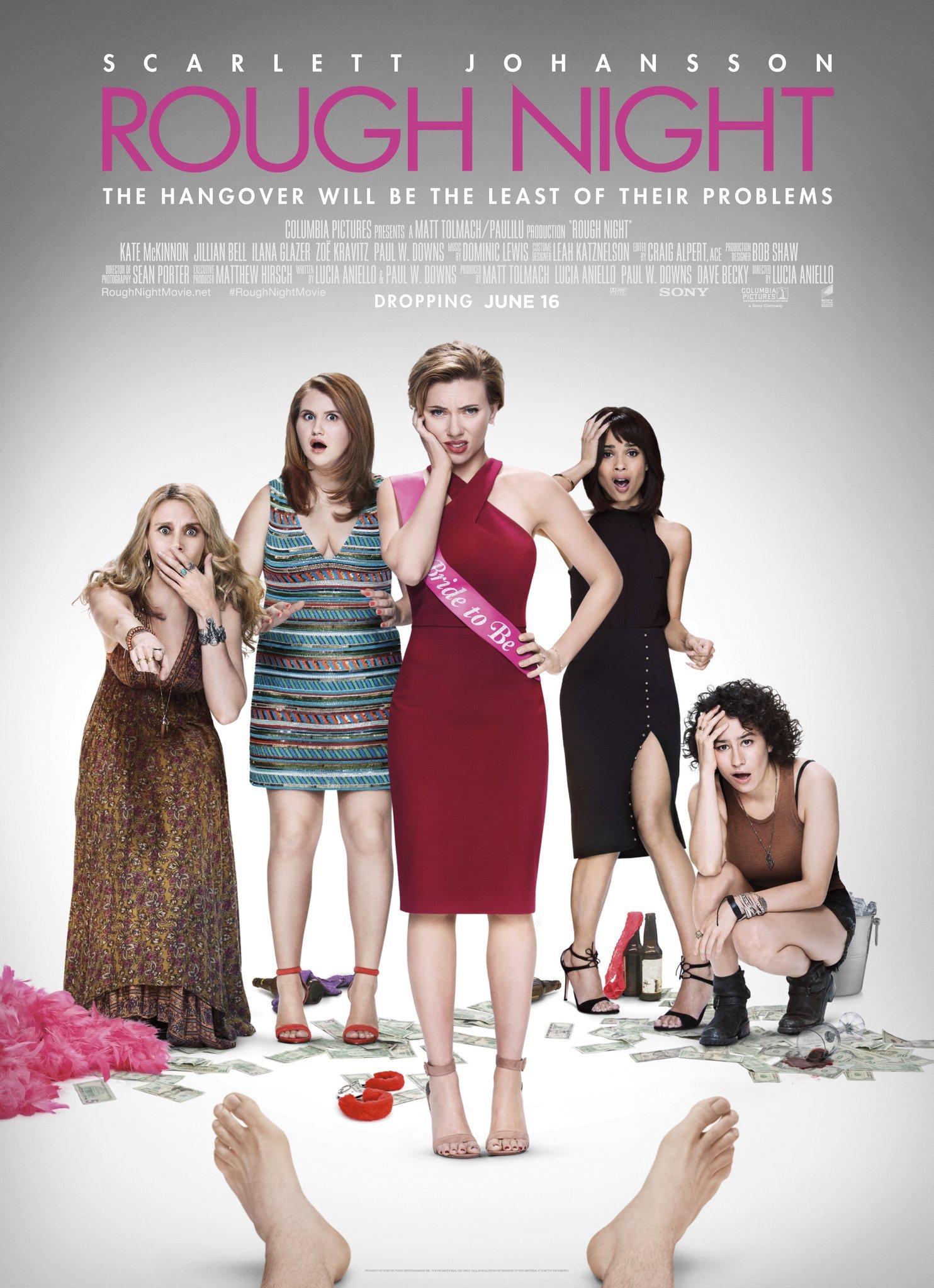 Directed by Lucia Aniello and written by Lucia Aniello and Paul W. Downs, Rough Night is a comedy film that has a runtime of 101 minutes. The cast includes Scarlett Johansson (Jess), Kate McKinnon (Pippa), Zoë Kravitz(Blair) Jillian Belle(Alice) Illana Glazer (Frankie). It is expected to hit theatres on 16th July 2017. Rated at R for crude sexual content, language throughout, drug use and brief bloody images it has been produced by Columbia Pictures Studio.

In Rough Night, an edgy R-rated comedy, five best friends from college (played by Scarlett Johansson, Kate McKinnon, Jillian Bell, Ilana Glazer, and Zoë Kravitz) reunite 10 years later. Jess is running for state senator and she and her fiancee Peter form a mature couple too weary to desire sex. Frankie is a lesbian and Blair (Frankies former lover) is stuck in the midst of divorce and child custody. And finally there’s Alice, the arrested drunken narcissist she was in college. The bachelorette weekend is in Miami. Things go terribly wrong for this group of girlfriend’s who hire a male stripper for a bachelorette party in Miami. Their hard partying takes a hilariously dark turn when they accidentally kill a male stripper. Amidst the craziness of trying to cover it up, they’re ultimately brought closer together when it matters most.

A dark comedy, the film is a combination of ecstasy and tragedy. In the excitement of meeting after 10 years the girls go wild so much so that they commit as heinous a crime as murder. It is a complete accident but its murder-cold, brutal murder! However, they become each other’s support in this tough time and united they face the grave issue.

A great film, it is a must watch! So book your ticket as soon as you can!