Living it up with Pepsi Battle of Bands 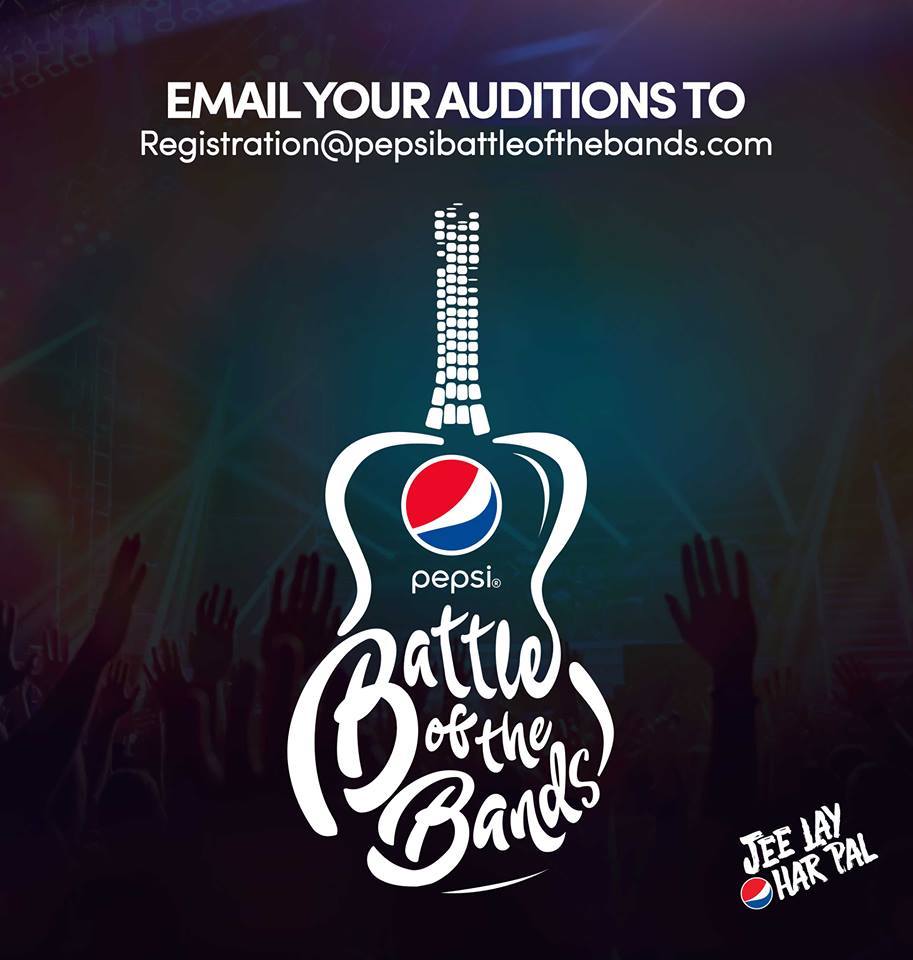 Pepsi Battle of the bands is a platform for new entrants in the field of music. The idea is to bring fresh perspective to music which encompasses composition, lyrics, instruments, etc. It’s great to see the superstars giving way to the new talent. The panel of judges comprises of Shahi (Shahzad) Hasan, Meesha Shafi and Fawad. Ayesha Omar is hosting the show.

The auditions started on March 24th and continued up-till April 20th, 2017. A list of 8 bands have been shortlisted from amongst a plethora of contestants. The competition was so intense that the judges had really had to sweat while they selected the participants. They had to be really particular assessing all the intricacies from technicalities to originality and vocals.

The judges are well qualified. Fawad was part of the band Entity Paradigm. Meesha Shafi has been with Coke Studio since it 2010 and Shahzad (Shahi) Hasan was part of Vital Signs. Vital Signs was greatly inspired by Pink Floyd. They were the first band to play live. Also they introduced pop and were Pakistan’s most successful pop band. They were called the “pioneers of pop music.” Initially Fawad Khan was a guitarist and vocalist for Entity Paradigm. The band primarily focused on rock. In fact it was the pioneer of rock. And finally Meesha Shafi launched her debut with Coke Studio in 2010. She performed in collaboration with Arif Lohar, the Pakistani folk legend. So each judge had a different area of expertise. But the result was still announced with mutual consent.

The band Dervaish had many members. And I felt that although its song did not have a catchy tune yet the fact that they had combined many genres of music with great vocals was tantamount to them being at the top. The other bands were also good. But let’s leave it to the judges to take the final decision.

The show airs every Sunday in the morning at around .So, watch out for some really intense drama in the next episode!