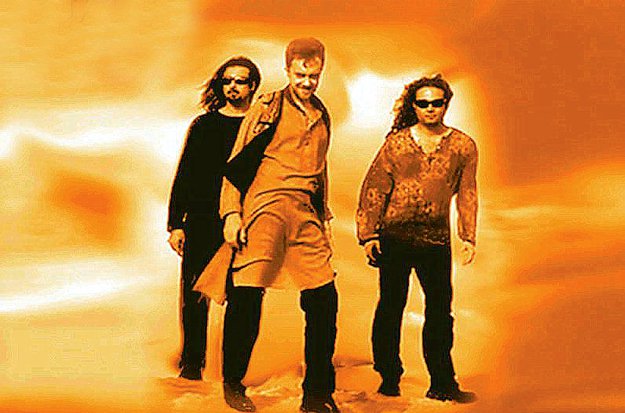 Junoon formed in 1990 was a band with 3 members-Salman Ahmad who was the guitarist and song composer, Ali Azmat the main vocalist and Nusrat Hussain the keyboardist.

Junoon was one of the first sufi rock bands presenting a fusion of eastern and western music. Salman Ahmad was greatly inspired by Nusrat Fateh Ali Khan, Led Zeppelin; an English rock band formed in 1968, and Pink Floyd amongst others.

Since their inception they have released a total of 19 albums. The band underwent many ups and downs due to a few reasons. They collaborated with many other music artists amongst which Junaid Jamshed of Vital Signs, also joined the band.

‘Hai Jazba Junoon’ and ‘Azaadi’ were the major hits of its time. According to a source Junoon was quoted as being “the U2 of Pakistan.”  As Junoon, after years of rocking the music scene, took it’s leave of the main stage,new musicians, bands, producers, directors and instruments came into limelight.

One such platform which has created new bands which have progressed over the years is Coke Studio. It started in the year 2007 and after a success of 9 seasons, it has come back with Season 10 bringing forward the Junoon inspired trend of Sufi Rock.

Rahat Fateh Ali Khan & Ali Noor, and Salman Ahmad with their team have come forward with a remix of Sayonee.

The beauty with which the vocalists (Ali Noor & Rahat Fateh Ali Khan) have sung the song and the guitarists including Salman Ahmad is commendable.

From the violin to guitar to drums and keyboard; tablas, dholak, harmonium and the magic of flute, the song promises to be a great hit, at least I think so. Don’t You?

While it’s great to see Salman Ahmad making his comeback, it’s the musical chemistry between Rahat Fateh Ali Khan and Ali Noor that deserves appreciation. I remember as a teenager I attended the first Ali Noor concert. And not only I but the entire young crowd at the time grooved to the melody of ‘Hum Bhoolay’ and ‘Manwa Reh’.

Coke Studio truly provides a platform to a host of budding singers and musicians. The genius of various new and inspiring artists along with the maestros is indeed a treat for all music lovers.