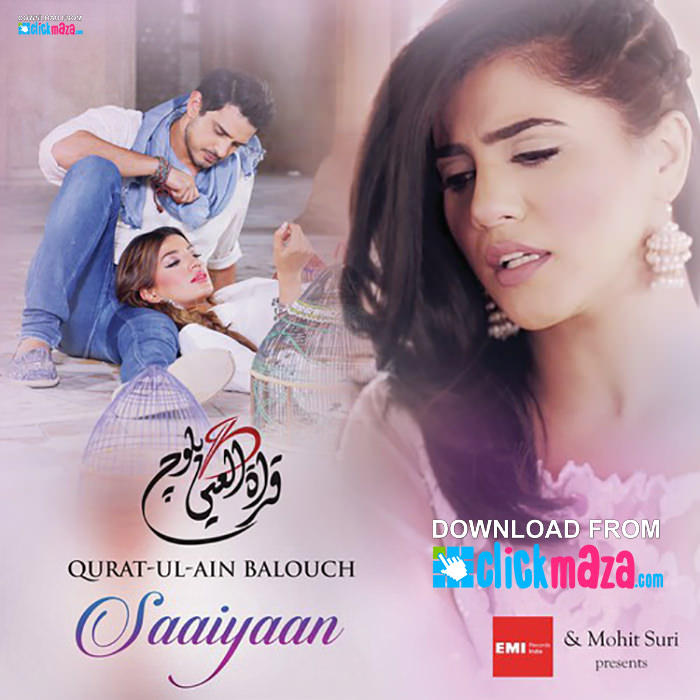 A traditional song very soothingly sung by Qurat Ul Ain Balouch popularly known as QB. The lyrics are written by legendary Bulleh Shah. It is composed by Asad Chohan & music is from Salam Albert.

Quratulain Balouch’s distinct style of singing and powerful vocals have earned her many fans not only in Pakistan but also across the border. Her latest single, “Saaiyaan” is QB’s take on Bulleh Shah’s poetry. The video features Pakistani model Rabia Butt and actor Danial Raheal.

The song talks about love- love of the beloved. The poet’s beloved is distant from him. He is mourning his absence.

Bulleh Shah talks of the cruel world which treats him harshly. He says he is unaware of even his own body what to know about his beloved. His beloved here is not a human being but the Al mighty. The Al-Mighty transgresses all physical boundaries. He is neither fire nor water or air or earth.

Bulleh Shah likes himself to “salt in flour”. He is alone in this crowd. He is a misfit. He is not part of this world.

He invokes his beloved requesting him not to test him beyond his capacity.

He urges him not to haunt him in his memories but rather arrange a meeting with him before it is too late and he becomes dust as well.

The song has a lot of depth. Bulleh Shah implores the Al-Mighty to clear his debt while he is alive. For once he is no more then there is only regret and regret!

It is a must to listen to this song once. It has beautiful imagery and composition