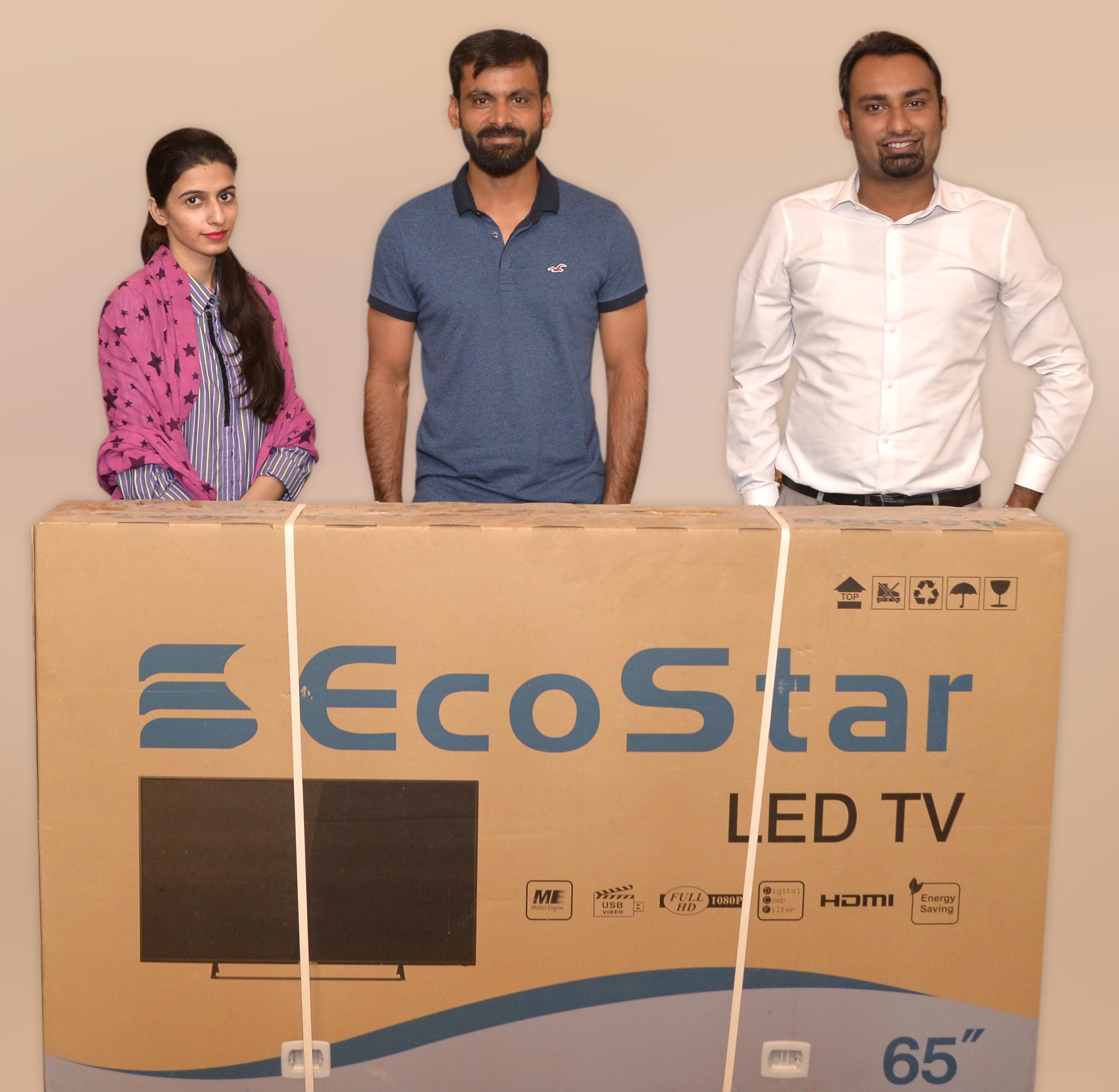 The Champion’s Trophy 2017 was held earlier in June, where Pakistan won the Trophy first time ever after defeating India in final match. As a token of appreciation, Digital World Pakistan (DWP) presented star cricketer Muhammad Hafeez with a 65” LED TV and GREE Air-Conditioner in the account of his efforts in the tournament.

The Marketing team of GREE & EcoStar visited Muhammad Hafeez’s place and handed over the prizes. DWP believes that his achievement for Pakistani Cricket team has been remarkable throughout and therefore, he well deserves the prizes given to him.

DWP Group had also held a Facebook competition earlier, in which it went out-of-the-way to reward its customers, whereby announcing numerous contests and games on Facebook and Instagram on special occasions, all while appreciating the healthy participation and enjoying the promotion.

DWP Group is a leading provider of consumer electronics and technology products, enriched with unmatched services and solutions. It has accumulated great expertise in marketing globally-acclaimed, highly reliable products with cutting-edge technologies created by the world’s best companies and experts.