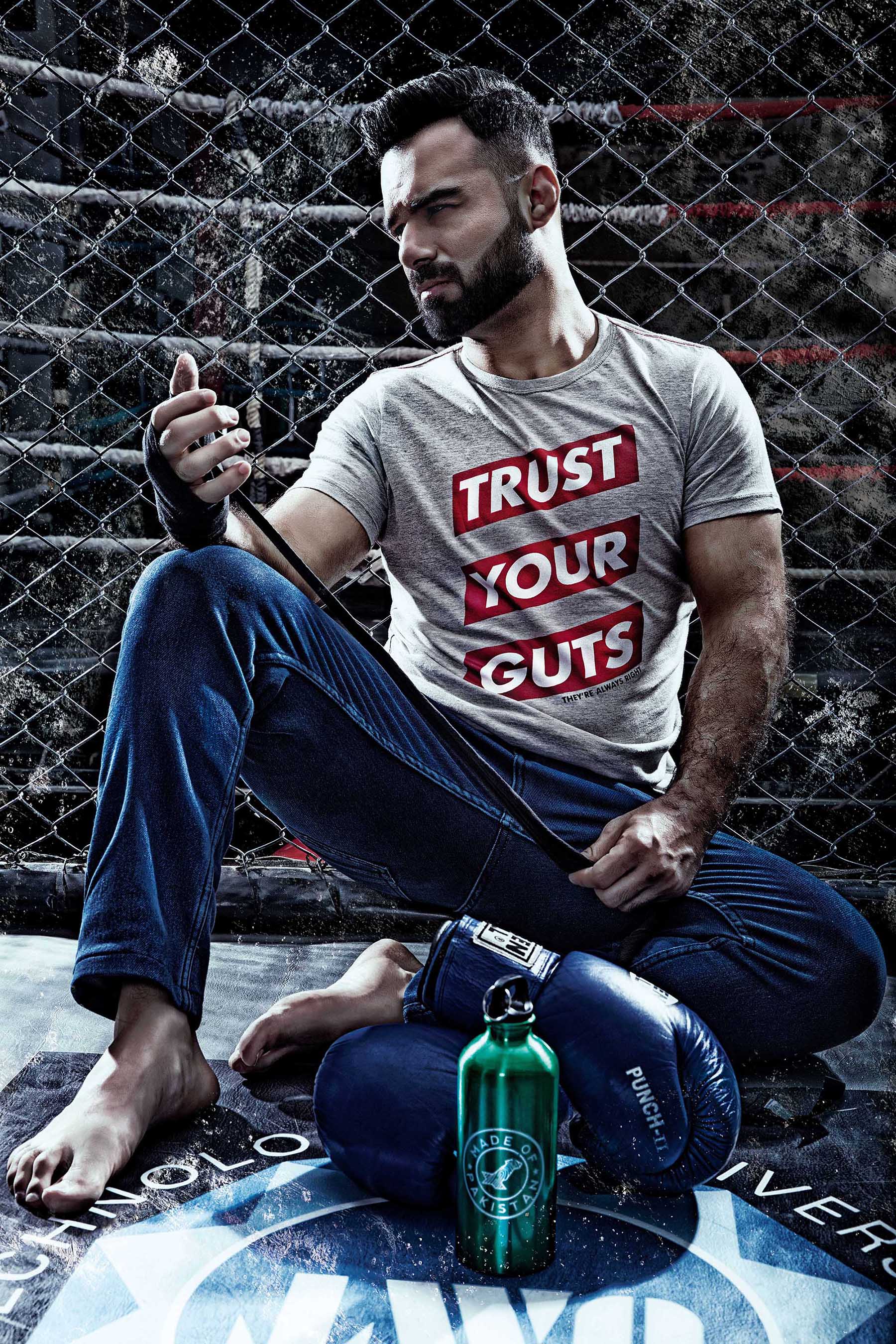 The God Father of Pakistani Mixed Martial Arts (PAKMMA) ‘Bashir Ahmad’  joined hands with Pakistan’s pioneering western wear brand Leisure Club to become one of the latest endorsers of the brand’s prestigious ‘Made of Pakistan’ platform.  The ‘Made of Pakistan’ platform aims to celebrate everything and anything that is unique about Pakistan. From the country’s picturesque landscapes, historical landmarks, blooming entertainment industry to the daring sons and daughters of the soil, the platform pays homage to the pride of the nation. With #BashirxLeisureClub, Bashir will be seen as part of the brand’s latest campaign nationwide.

Bashir Ahmad is widely known as the “Godfather of Pakistani  MMA.” Born in Pakistan, he left for the United States as a child. He served in the United States Army and did a tour of Iraq in 2004-2005 where he began studying martial arts. In 2009 he moved to Pakistan to promote the sport of Mixed Martial Arts through his organization (PAKMMA). Bashir Ahmad is the first person to represent Pakistan in international MMA competition when he made his debut at the largest MMA league in Asia, ONE Championship in April 2013, defeating the heavily favored Shannon “One Shin” Wriratchai. Bashir’s success has inspired and mentored other fighters to follow in his footsteps becoming stars in their own right, and a signal that MMA in Pakistan is here and it is for real.

Made of Pakistan is a platform (spearheaded by Pakistan’s pioneering western wear brand Leisure Club) that hopes to educate, inspire and bring awareness to all that is good in Pakistan by featuring on-going projects that create social impact in Pakistan, as well as market a product line made through collaborations with Pakistani artists and designers.