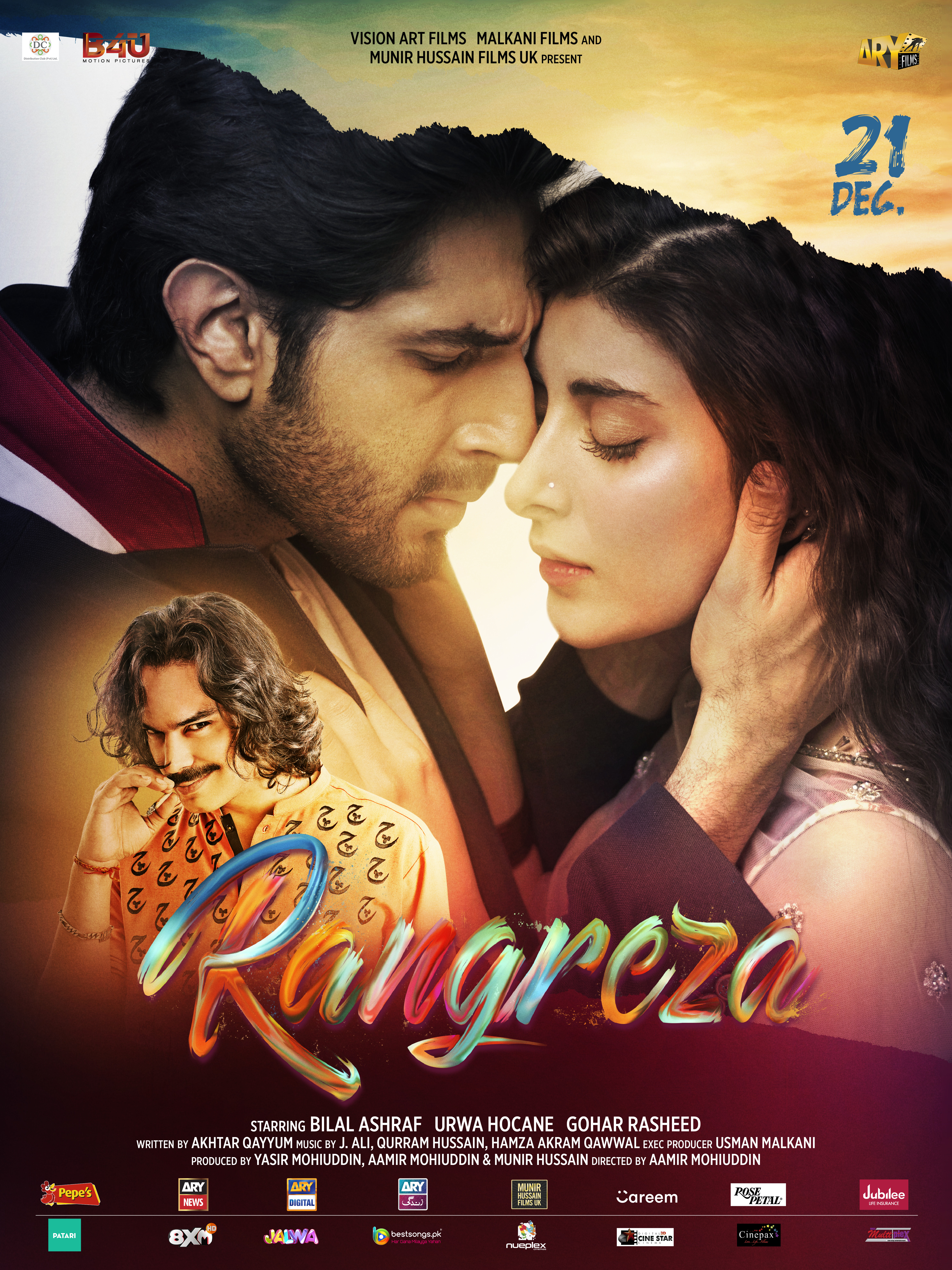 Strongly moving towards its release at the end of this year, the highly anticipated movie Rangreza released its aesthetically powerful poster. The poster shows the main cast of the movie, Bilal Ashraf, Urwa Hocane and Gohar Rasheed as depicted in their roles. Following Janaan’s widest release for a Pakistani film internationally, Rangreza is now set to break a new record number of countries as part of its worldwide distribution strategy, establishing a whole new benchmark for Pakistani cinema on a global platform.
Making it one of the most expensive Pakistani film productions to date, Rangreza is a musical romance directed by Aamir Mohiuddin, featuring Gohar Rasheed, Bilal Ashraf, Urwa Hocane and Saleem Miraj in the principal cast. Musical legend, Abida Parveen, features prominently on the sound tracks, composed by the film’s writer, Akhtar Qayyum. The film is presented by Vision Art Films, Usman Malkani Films, Distribution Club (PVT) Ltd, Munir Hussain Films UK and Pepe’s Piri Piri and will be distributed worldwide by B4U Motion Pictures. Munir Hussain, Head of Munir Hussain Film UK says, “I’m very excited to bring another highly anticipated film, which will showcase the growing strength of Pakistani cinema. We have some creative plans in place for the release and we are grateful to Mr. Sunil Shah and B4U for their excellent support and guidance.” Aamir Mohiuddin, director of the movie says, “Rangreza is a movie that will touch millions of hearts. The entire team has put in their best and this will be another significant milestone for the Pakistani cinema.” Sunil Shah, Head of Film Division, B4U Motion Pictures say, “ We are delighted to be further commenting our great partnership with Munir Hussain Films UK with the release of Rangreza, following unprecedented success of our previous outing together, Janaan.

Munir Hussain has such a pioneering and passionate vision for Pakistani cinema on a global platform and we are honoured to be jointly taking Pakistani cinema to another level with Rangreza, across a record number of international territories.”