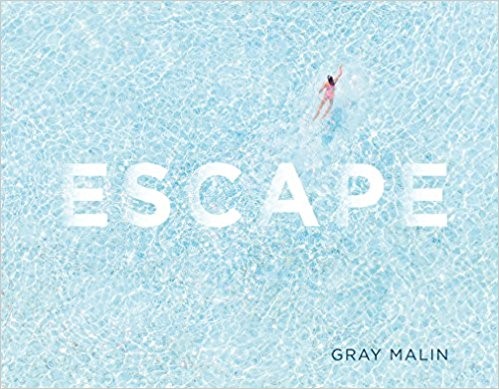 It’s that time of year when the Winter holiday season plans are being chalked out. Get a dose of travel motivation outside the confines of Instagram- photographer Gray Malin’s new book, ‘Escape’ which is worth of $28 at amazon.com just came out from Abrams, featuring images of beaches, islands, mountains, and parks in St. Barths, Oahu, Park City, Chicago and myriad other destinations, in all of their glory, along with first-person stories.

The photographer, whose regulars include Rihanna and Reese Witherspoon, releases a book full of drool-worthy shots of celeb-loved destinations. Perhaps one of the reasons Hollywood so loves photographer Gray Malin’s work is this photographs’ skill to let audiences escape to another place in just one look.

“The political climate has a lot of individuals on edge and I think we all need a moment of escape from our day to day, so if flicking through this book offers that to the observer then I couldn’t be happier,” says Malin, whose first book, ‘Beaches’, presented his signature beach photography and whose second examines his archives and over 224 intense pages containing 22 places, some such Hollywood-beloved destinations as Aspen, St. Moritz & St Barths.

As for the photographer’s own favourite escapes, he can’t name just one, but somewhat classifies them into type. For surfing, it’s Byron Bay, Australia, which he says blew him away. His favorite city scene is NYC’s Central Park, and for an anti-city destination it’s Namibia’s sand dunes at sunset. Lastly, Malin says, “for the ultimate escape of going to an island, I can’t help but choose Bora Bora, which graces the cover of the book.”

Now let’s check some of the pictures from this grand book: