A solo show – Élan’s carving out its own path 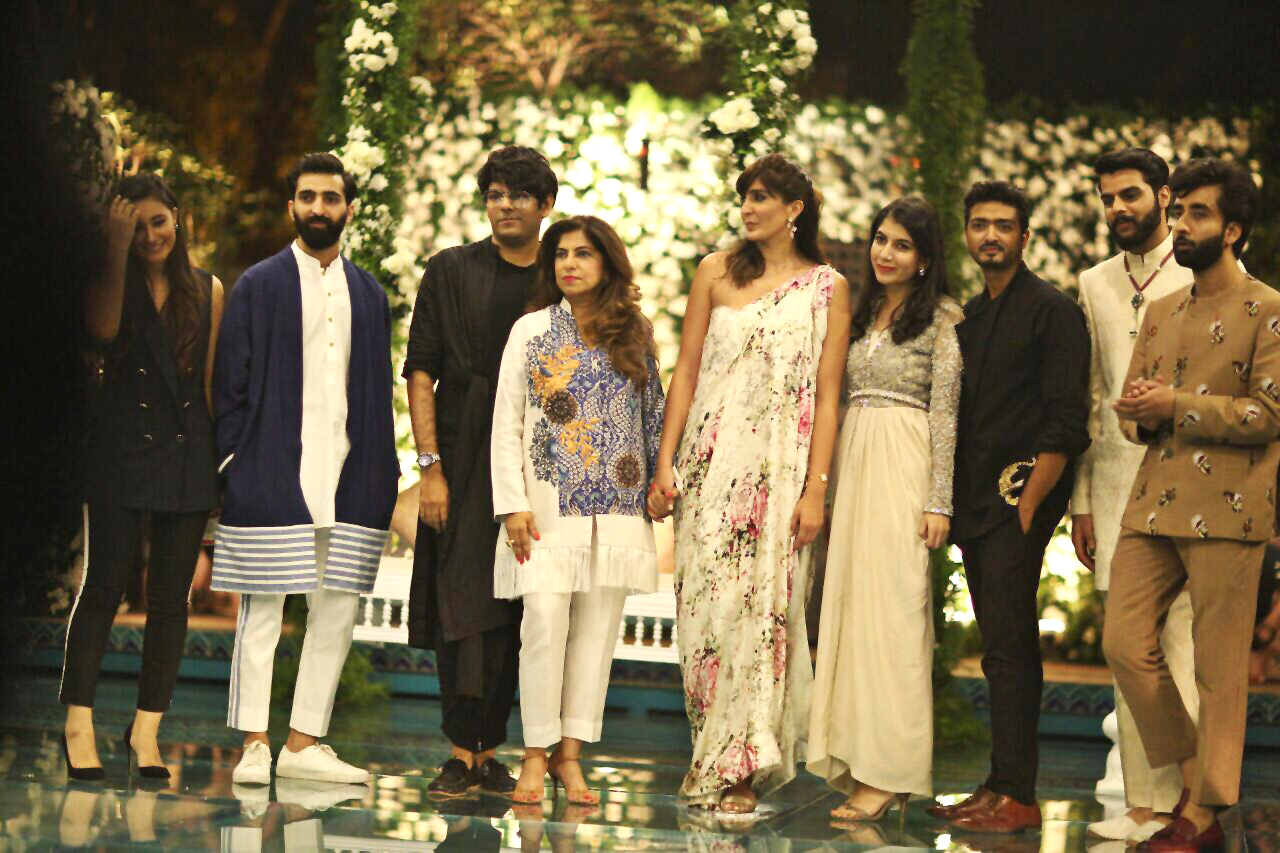 Élan unveiled the brand’s latest bridal collection called ‘Champs de Patchouli’- a title thought out with a lot of warmth, reminiscent of childhood memories of the brand’s designer Khadija Shah. “Champs de Patchouli, loosely translating into Patchouli Fields, invokes in me the memories of winter in my childhood; the aristocratic smell of Patchouli between my Grandmother’s freshly unpacked Indian shawls, distinctive yet soothing,” recalls Khadijah Shah. The solo show held in Lahore, established Élan as truly the biggest player in the market, possessing the capacity to launch a collection in an independent, stand-alone presentation of an incomparable magnitude.

The inevitability of the comparison of Khadija Shah’s first attempt at a solo show last year with her second solo presentation held on October 17, in Lahore, should be a given for a label as big as Élan. There is good and bad both- the list could go on endlessly. But let’s just keep it a touch and go, so we can concentrate on the current and now! Even though, there were many hiccups in the show last year, such as the delays, the uneven walking ground, the mosquitoes, the smoke which sent many a gorgeously dressed famous socialite coughing uncomfortably, it had so many saving graces- the wonderful seating arrangement, the beautiful breathtaking collection, the amazing live music and of course the grand residence of the designer herself as the venue for the show to name just a few. Hence the first thing noticeable at this year’s show was the considerable lowering of the ‘scale’. Élan, an illustrious brand that today one easily associates with grandeur and everything larger than life, perhaps failed to impress the selected group of audience with the choice of venue and arrangement. Or perhaps that is a feeling that has emerged out of having built our expectations a little too high, with the audience expecting something bigger and better than even last year. The place seemed cramped; the show was meant to be watched as a standing audience which most of the attendees did not seem to be very comfortable with.

Champs de Patchouli included ensembles typical of the regal and extravagant bridal wear associated with Élan. Heavily embellished and intricately designed, they caught the attention of all who were present for the sheer luxurious feel which the brand has always delved in. The colours were predominantly pastels for both menswear and bridal outfits with one lehnga in maroon but again paired with a peach shirt accented with hints of black and gold. The collection will certainly provide all the brides to be, for the upcoming season some spectacular bridal designs. The menswear designs were essentially neat with cuts which looked smart and royal- just perfect for the groom!

Mehreen Syed walked out last of all dressed to be the highlight of the evening. The flower motifs provided delicate shimmering beauty combined with a soft colour palette that could steal all hearts but unfortunately, the dress style which was designed in layers, did not win any accolades of praise, for it gave far too much volume to the delicate figure of Mehreen, as she walk awkwardly on the ramp where other models who looked like celestial beauties dressed in Élan, stood gracefully before her. Nonetheless, the evening’s show culminated in heartfelt applause, with the audience acknowledging the brand’s potential to enthrall and appreciating Khadija Shah’s penchant for spectacular designing which is a complete visual and sensual treat!

It was definitely a great idea to hold the show right after the PFDC L’Oreal Bridal Fashion Week and many who were here from Karachi were saved the extra trip back to Lahore. But why can’t Khadija Shah be content to be a part of the fashion weeks that every other designer in happy to participate in? The answer to that question becomes clear after attending the starlit, glitzy night of Champs de Patchouli’s unveiling. It is not just a show that Élan means to put up for you, it is so much more. It is almost as if a family has been brought under one roof to be pampered with good music, delectable hors d’oeuvres, great food, lively conversation, cheerful mingling and when you are in high spirits, well there’s your bridal collection showcased for you. A carefully selected few get to preview the collection exclusively and they include the major players of the famous families such as the Manshas, the Kasuris, the Taseers, the Saigols and more. Famous designers including Kamiar Rokni, HSY, Faraz Mannan and Ali Xeeshan turned up to show support.

Fawad Afzal Khan with his wife Sadaf walked in to catch every eye, sending a wave of excitement through all who were present. The red carpet allowed for media personnel to grab many a picture and video of celebrities dressed to kill, for their social pages, blogs etc. Careem had collaborated with Élan for the night to provide free rides to and back from the venue for anyone who wanted to use the service. The management was by Z and S Events who did a superb job. The best part was that waiting for the show to start wasn’t a never ending task- it began timely and ended at a civilized hour for those of us who had to be at work at 9 am the next morning. The PR was carried out seamlessly by Shireen Rehman and Osman ur Rehman.

On the whole, the show turned out to be a roaring success. If Élan continues on this path, they are surely to produce better and better shows each year and we hope to see greater feats accomplished by them pretty soon!