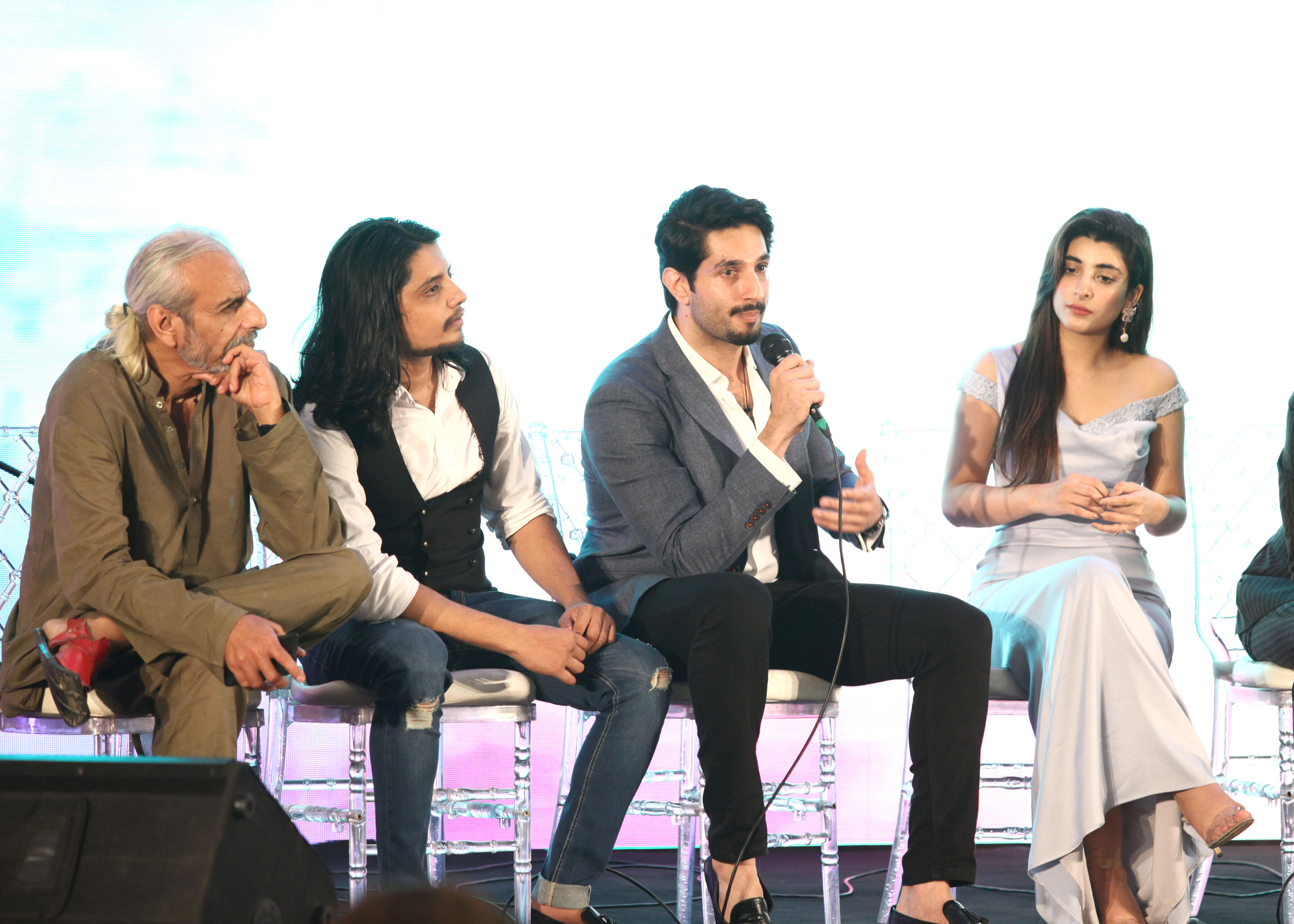 The highly anticipated movie ‘Rangreza’, released its trailer in an event hosted at a local hotel in Karachi. The trailer launch which was organized by Takell PR was attended by many celebrities from the showbiz industry. The big names of the showbiz industry like Humayun Saeed, Javed Sheikh, Armeena Rana Khan, Nabeel Qureshi, Fizza Meerza, Nadia Hussain, Hamza Ali Abbasi  besides others attended the event.

The launch event also featured the musical performances by Israr Shah, J.Ali and Hamza Akram qawwal. The emotions of love, joy, anger and sadness are perfectly complimented showing two different cultures of music which evolve through the plot of the movie.

Munir Hussain, Head of Munir Hussain Films UK says, “I’m very excited to bring another highly anticipated film, which will showcase the growing strength of Pakistani cinema. We have some creative plans in place for the release and we are grateful to all the partners especially B4U motion pictures and IMGC Global Pakistan for their excellent support and guidance.”

Aamir Mohiuddin, Director of the movie says, ’The movie has all the elements and emotions in it and you will see a very natural depiction of our society in the movie.’

Sunil Shah, Head of Film Division, B4U Motion Pictures say, “ We are delighted to be further commenting our great partnership with Munir Hussain Films UK with the release of Rangreza, following unprecedented success of our previous outing together, Janaan.