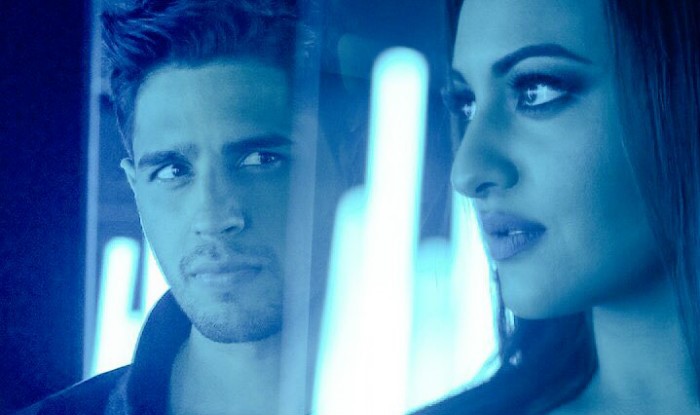 Sidharth Malhotra and Sonakshi Sinha sizzle on screen as the dark, gritty music video ‘Ittefaq Se’, showcases a sight of the intense thriller ‘Ittefaq’. The movie is a rebooted version of the 1969 original by the same name, which, fascinatingly, did not have a single song. The promotional number ‘Ittefaq Se’ is a reprised take of the Bappi Lahiri superhit ‘Raat Baaki’ from ‘Namak Halaal, 1982’ starring Praveen Babi and Amitabh Bachchan, that was sung by the unique artiste Asha Bhosle along with the composer.

Anjaan’s lyrics have been given a new twist with additional lines by Tanishk Bagchi and Groot. Replacing the hook like ‘Pyar Se’ with ‘Ittefaq Se’ has made this song pertinent and elevated it to a title track.

Tanishk has retained ‘Raat Baaki’s’ disco vibe and lends a pop feel to ‘Ittefaq Se’. The classic slow shriek in the introduction and Jubin Nautiyal’s unplugged version of the mukhra sets the tone for the rest of the song in the suspense thriller.

Tanishk’s track with its modern-day, cooler beats give it a pleasing feel. Known to create some of the best reprised versions of yesterday year songs, Tanishk has done an admirable job on this one, too. Singer Nikita Gandhi’s husky tone and Jubin’s honest pitch and throw, brings in the retro feel that the music aims to achieve. Go ahead try a listen readers!