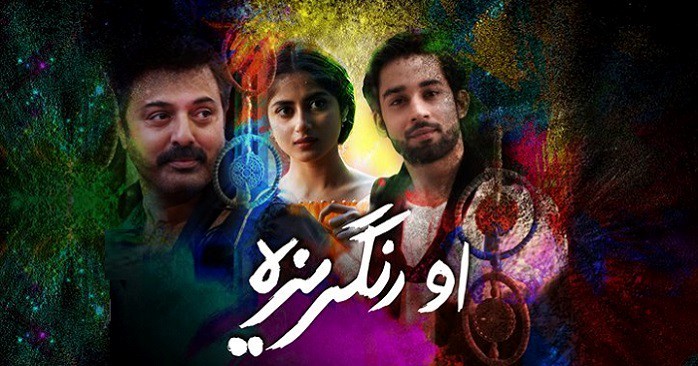 HUM TVs drama O Rangreza is not just a love story of two people but also a tale of life changing experience for many. All the characters are tangled and beautifully interwoven into the plot, each one of them having a different story to tell, thus making O Rangreza unique.

The plot revolves around the relationship of a father and daughter and highlights how a daughter aims to be everything her father idealizes. Born into a poet’s family, Sassi (Sajal Ali) despises her mother for not being able to win over her father Khayam’s heart. But, the real struggle starts when Sassi starts copying her father’s thinking and idealizes the glamorous actress Sonia Jahan. Sassi’s innocent efforts to make her father happy backfire as he refuses to accept his daughter. This insincerity incites the rebel in Sassi and a conflict between a father and daughter rises like a storm and changes everything in the Haveli.

Direction by Kashif Nisar is brilliant; he has seized that artistic feel to the plot quite well and that is what has made us hooked onto the play as well as its storyline. More often than not, with the start of any drama, one can predict what may happen next, but not here, as we can hardly wait to see what the future holds for Sassi and Qasim.

Nauman Ejaz needs no praise, he is absolutely the best. The simple role suited Irsa Ghazal; so far we saw her play rather vampy or loud characters in various plays. This drama unfolds without the story being clear on its purpose, that’s why it is enjoyable to watch. Even though the message that the writer is trying to convey has now become a bit too repetitive, we still had a good time watching recent episodes.

It was interesting to see in the recent episode how Khayyam and Sassi were both struggling to be who they were as they both were falling short of the confidence they had in themselves only because they gave too much power to others over them. Sassi & Khayyam’s argument hasn’t subsided but it has settled for now but it was notable that the father-daughter duo was faced with the similar sort of situation. For the first time Khayyam was unsure of himself because of Sonia and similarly, Sassi was unsure of herself because of Wajih. The upcoming episodes are going to be interesting as the story is getting intense. Stay tuned to find out more that happens next!