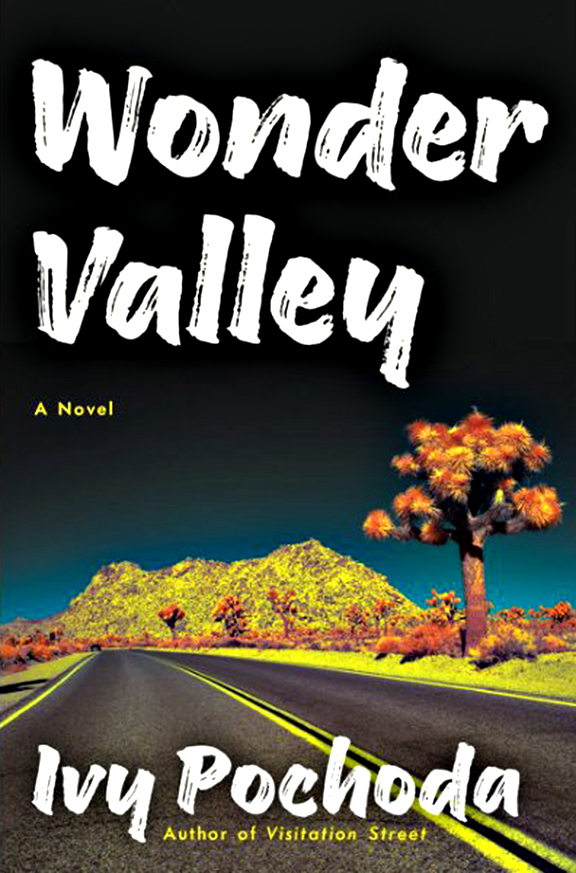 One sunny morning in 2010, a man streaks quite literally against morning drive-time traffic on Los Angeles’ 110 Freeway, the gray scar etched into the left side of the city’s face. Talk about a Kodak moment, and it’s observed by multiple characters in the latest novel by Ivy Pochoda (The Art of Disappearing, Visitation Street), who then backpedals from this freeze frame to uncover the forces that have provoked these human molecules to congeal in this space.

Switching back and forth between 2006 and 2010, Pochoda pulls on each character’s strand, untying it from the knot of LA traffic and the knot of interconnection to disclose a textile that is grittier than pretty. It extends a landscape that bounces from the upper-middle class to the poor, from Skid Row tents and Beverlywood McMansions to desiccated cabins in the high desert’s dystopian Wonder Valley.

We encounter good people who have done bad things, bad people who have done bad things (but at times can’t help doing good, if perhaps unintentionally) and a whole bunch of folks looking for, if not essentially improvement, at least a moment of grace. Pochoda is a master at homing in on the details of both exterior and interior landscapes and crafting characters so tangible that you can feel blood aching in their temples and streams of sweat fading off their necks.

It’s not a far stretch to consider Pochoda to be in the company of James Ellroy, Michael Connelly and T. Jefferson Parker, but the two novelists that most often leap to mind as peers are Walter Mosley and National Book Award finalist Kem Nunn. It wouldn’t be a big surprise to find Wonder Valley on the short list for several awards itself.