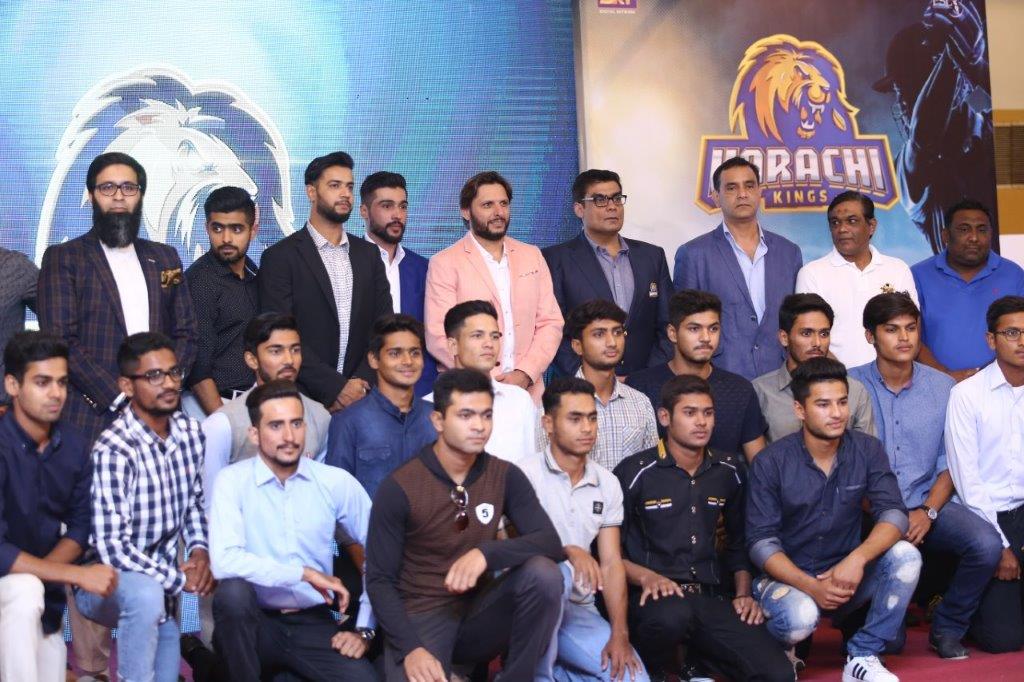 Since the inception of the HBL- PSL, the #KarachiKings and its management have always striven for the betterment of cricket in Pakistan. For the past several years, the franchise has meticulously developed groundbreaking programs and undertaken numerous initiatives to make this dream a reality.

The vision and promise of Karachi Kings to unite the city and bring forth new talent into the game,is gradually coming into shape, a promise that we all saw fulfilled with the KhiladiKeKhoj – Talent Hunts, where the turnout of prospective players was in the thousands, not just from Karachi but across Pakistan as well. The KhiladiKeKhoj Talent Hunt was the first step that led to the launch of Saima Group Karachi KeShehzade Tournament 2017.

With the commencement of the 3rd Season of PSL drawing near, Mr Salman Iqbal – Owner,
Karachi Kings and the President of the team, a living legend in his own right,
Mr Shahid Khan Afridi have made some major announcements. Imad Wasim, a sensational
all-rounder has been appointed to lead the team as captain in the upcoming installment of the PSL. In a very short time, Imad has managed to prove his mantle as a capable athlete, injecting a fresh and energetic vigor into the team.

In addition to changes in the team roster, Mr Iqbal made announcements about new initiatives that will serve as an investment into the future of sports and cricket in Pakistan, further strengthening the next generation of athletes who will make our country proud. With the launch of the
Street Kings, a trust that will work in collaboration with the Shahid Afridi Foundation to identify, groom and train the raw sporting talent of Pakistan that lacks opportunities to grow. Bringing out the best of the best from all parts of the country, not just in cricket but in Boxing and Football as well. The Shahid Afridi Foundation will also be working with the Ehsaas Trust, to provide education and welfare to underprivileged homes and families. PR: Walnut