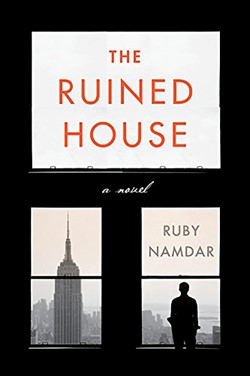 Andrew Cohen is part of the New York City’s cultural elite. He is a New York University professor and prominent thinker who has designed his whole life around the finest of comforts and aesthetics. His urban apartment is sleek, although unwelcoming to his two daughters and he enjoys a relationship with a former student nearly half his age.

Andrew’s well-curated life is flicked on end when he starts having disturbing visions that leave him shaken and physically ill. They appear to be linked to an ancient ritual taking place in a Jewish temple. A secular Jew, Andrew doesn’t know what to make of the scenes flashing through his mind.

The Ruined House, which won Israel’s biggest literary award (the Sapir Prize), is a fascinatingly oppressive year inside Andrew’s mind. He is not a particularly likable man, focused as he is only on his reputation and physical appearance. Yet, as he falls away into the hellish clutches of progressively frequent visions, one can’t help feeling for him.

The story is in part of a thought on the isolation of the modern age, when one can live among millions of people in a lively city, yet still be absolutely alone. It’s also, not accidentally, set in the year before September 11, 2001, and a sense of doom flies over every lyrical page: “The sky blue of the river meets the water blue of the sky, divided only by the thin thread of the George Washington Bridge, stretching from bank to bank like the hint of a knowing smile: The day would come when all would return to what it had been and the world would revert to chaos.”

But at its core, The Ruined House is an examination of one man’s midlife crisis, and how we all are the sum of our inescapable, barely beneath-the-surface history.