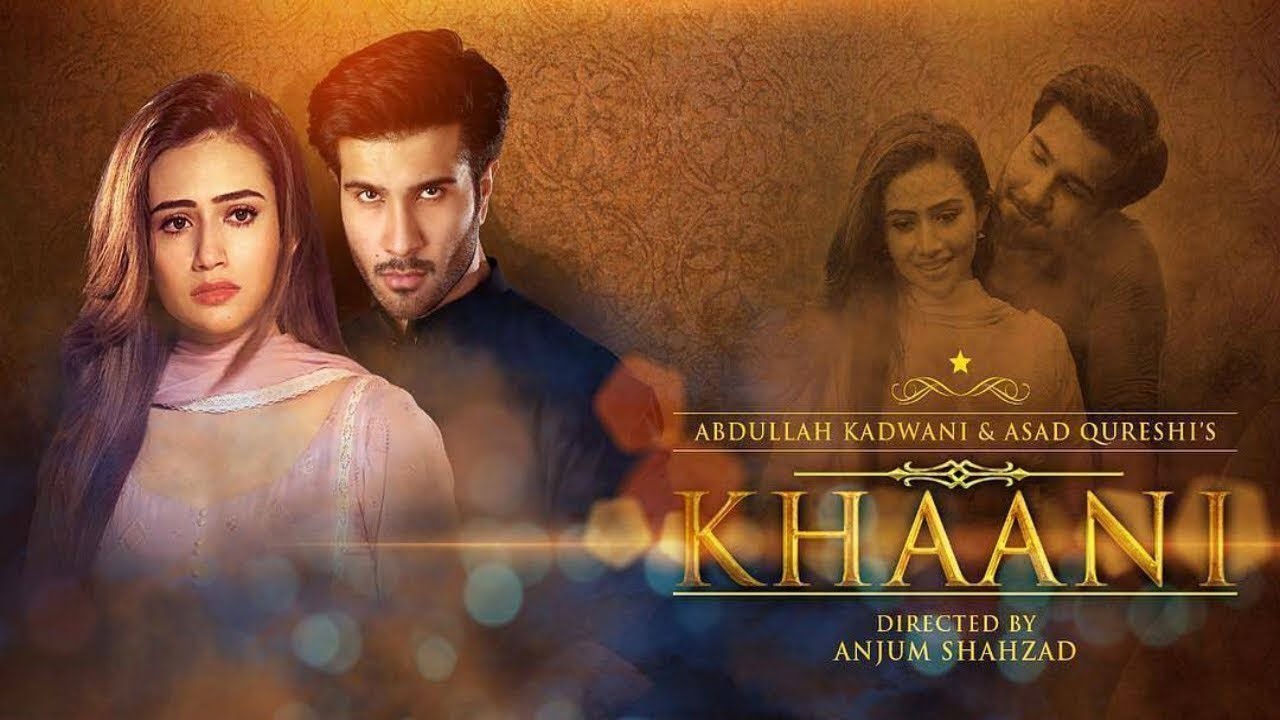 Khans are often tagged as a brave and headstrong community in our society. But the central character of this new drama Khaani, Sanam Khan is a pragmatic girl, even her younger sisters consider her to be a coward and tease her with the title “Khaani”. Her one and only brother Sarim, about to graduate has to share the burden of house.

On the other hand, Mir Hadi is a rich brat; a short-tempered fellow belonging to an influential family. He somehow gets into a clash with Khaani’s family after an incident.

When influential offender Mir Hadi approaches Khaani’s family to settle the issue, surprisingly pigeon-hearted Khaani shows immense resistance. Mir Hadi issues death threats, terrifies them with his intimidating behaviour, but Khaani stands like an iron wall in front of him. Khaani’s chivalry and bravery melts Mir Hadi’s heart and he falls in love with her.

This new drama airs every Monday at 8:00 PM on Geo TV. 3 episodes have been aired and have stirred up our interest episode by episode.

The first episode certainly seemed promising. Story seems a little cliched as a happy middle class family collides with a powerful man and his spoilt son with unlimited money and animalistic pride. These two collide in the worst possible way, in which the weaker side suffers and has all their happiness snatched away from them before justice is served. The second episode was a bit slow and tragic. Nothing much happened in the story except the sadness and tragic scenes. The recent and third episode was the best of all, the performances were brilliant especially of Rashid Farouqi and Salma Hassan. Mehmood Aslam and Saman Ansari are totally owning their characters as always.

Feroze Khan’s acting as Mir Hadi is honestly fantastic, and a display of the potential the drama holds and can unfurl. The stone-cold look that befalls Mir Hadi’s face is simply brilliant, and Feroze is already the brooding antagonist we want to know more about. How can he so heedlessly shoot someone he barely knows over something so awfully insignificant? While we think the drama might end up being Mir Hadi seeking redemption with Khaani, there must be more to it, and more to what events molded Mir Hadi into such a terrible person. Feroze Khan has played an antagonist before, but Mir Hadi is really something.

We are excited to watch his acting skills more in the upcoming episodes of Khaani as well as the curiosity of this drama is getting higher now. To see, Will Khaani seek revenge or love, watch Khaani on every Monday at 8 PM on Geo.