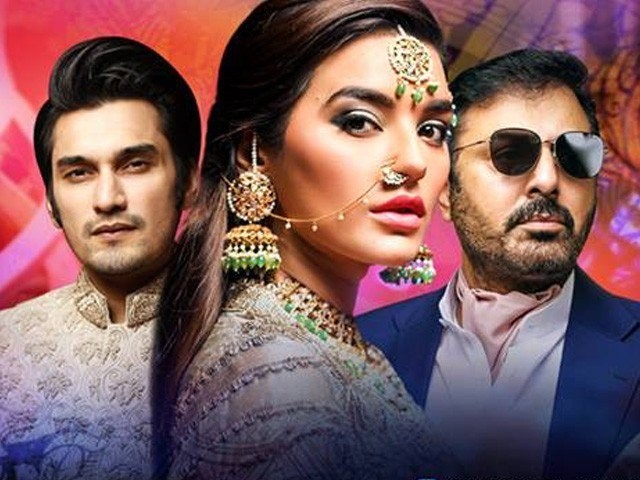 There is always some madness in love. But there is also always some reason in madness. Sometime in life, an unusual situation happens, where a younger boy falls in a love with a girl who is older than him. Drama serial “Shayyad” depicts the story of a one-sided lover Saad, who has developed some feelings for Umm-e-Hani. She is an orphan  and lives with Saad and his parents.

Umm-e-Hani has lost her parents in an earlier age and she is always in search of security, a responsible man who can help in overcoming her insecurities and fulfilled her wishes which she wasn’t able to convert into reality. She always considers Saad as an emotional, immature and boyish person and one day she finally meets a strong, influential man Salaar.

Unfortunately, not every beast is kind towards beauty, and Umm-e-Hani’s sensible and long-term decision takes her into a new trouble.

Will Saad’s craziness and unconditional love towards Umm-e-Hani help him in finding her again in life? Find out in the upcoming episodes of ‘Shayyad’ on every Saturday at 8 pm on Geo.

The first episode of Shayyad belonged to Saad. The introduction to the characters was also unconventional, the first few minutes of the episode quickly wrapped up the kind of relationship Hani and Saad shared and the rest of the episode focused on different dynamics within the house while keeping Hani and Saad in the picture as the central subjects. This first episode was fast paced, engaging and emotional. While the supporting characters weren’t too appealing, we felt an instant connection with Saad in particular; his love for Hani is somewhat similar to Saba’s love for Irtiza but the huge difference here is that for a change the female character isn’t the one who is hopelessly in love. Also, for a change the male character is the dreamer and the female lead Umm-e-Hani played by Sadia Khan appears to be more practical so far.

Saad and Hani’s scenes were directed brilliantly and were the highlight of this episode. The on-screen chemistry between Uzair Jaswal and Sadia Khan made their scenes together even more appealing. Both these actors owned their characters and the interactions between them showed how differently these two visualized their relationship with each other

5 episodes have been aired and the story revolves around Saad’s reaction and his desperation was shown convincingly in the 5th episode. So far, Saad is the only reason why we tune into this show every week, he keeps your interest in this drama in general and his track in particular alive.