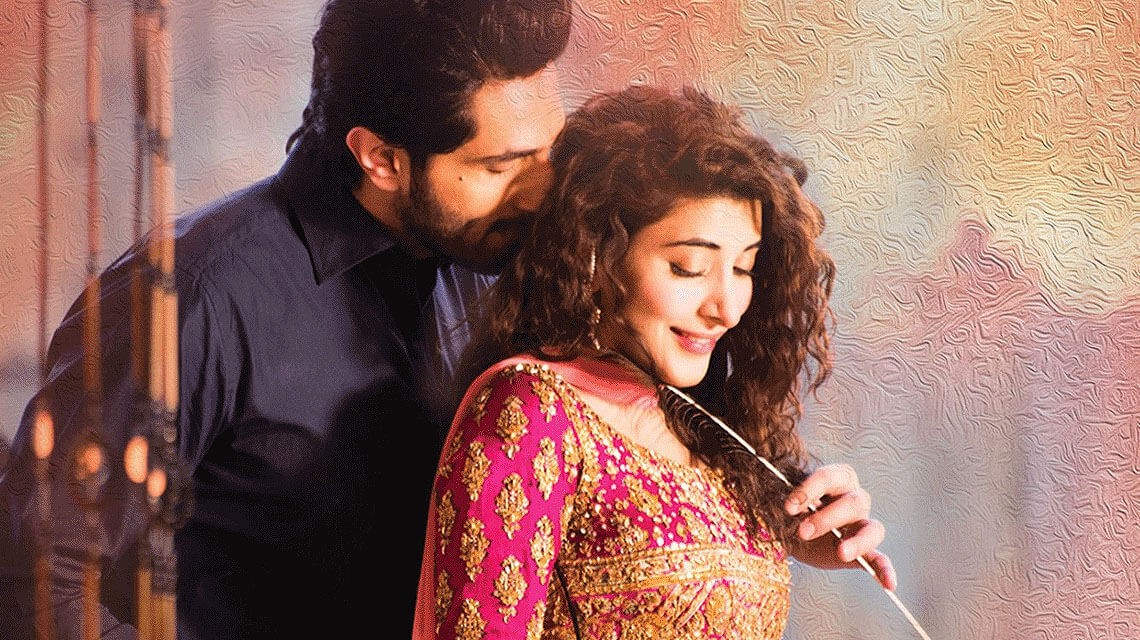 With the Pakistani Film Industry growing at a rapid rate, ‘Rangreza’ seems to be yet another winner. With an extremely promising star cast, a fresh director and a soundtrack that has awed everyone this film has the whole package to offer. However, the question remains if it’s enough to sustain the initial popularity in order to strike the right chord with the audience.

The film opens with the introduction of the Qawwal family; of an ill father, Khan Saab who was once the best Qawwal in his prime. He has two sons and daughters-in-law and a notorious grandson Waseem (Gohar Rasheed), who seems to be completely out of control. With the family representing the traditional music house, the other side presents Ali Zain (Bilal Ashraf), a famous pop/rock star who gains his musical inspiration from his experiences. On the night of his concert he encounters the beautiful Reshmi (Urwa Hocane), and for him it’s love at first sight. However, little does he know that Reshmi, being the granddaughter of Khan Saab, has been promised to her cousin Waseem since they were young. And this simple act of being in love could prove fatal for him, Reshmi and the rest of their family. It’s fair to say that the Pakistani Film Industry is full of great talent, especially if it’s producing fantastic new filmmakers like Mohiuddin. Showing the richness of Pakistan’s culture in the first few shots, the audience is immediately encapsulated. Using a simple yet effective way to introduce all of the characters, Mohuiddin has managed to tell a beautiful story about music, beauty and most of all, love. It’s also evident that Mohiuddin attempts to send a beautiful message of what it means to love and forgive through this story, making his viewers think more about their own actions. ‘Rangreza’ is an extremely impressive debut for the director, where one tends to forget that it is a directorial first for him. This being his fifth film, Ashraf is already becoming much of a favourite for cinema-goers, and through this film, it’s easy to see why. His portrayal as Ali is wonderful and he wins the hearts of the audiences as soon as he appears on screen. However, Ashraf has been rather creative with his character where at times he makes the audiences question Ali’s motives, adding layers that keeps the audience intrigued.

Rasheed’s portrayal of Waseem is nothing short of perfection. Again, the actor is clever with his part as a negative character without being a complete villain. He proves his talent to the maximum in the film, where he makes the audience wait to watch his next move even if they’re afraid of what the outcome will be. Urwa Hocane is another actress who has become an appreciated talent for her on-screen presence. She is a sheer joy to watch in this film. Her role as Reshmi is probably the most heartfelt and the viewers become completely engrossed in her character, sympathizing with her and relating to her emotions as their own. As a trio, the three actors work extremely well together on-screen. The chemistry between each of them is powerful. Overall, ‘Rangreza’ is a wonderful film that represents brilliant film-making at its core. Audiences will find themselves completely engrossed in its characters, the storyline and its important message of love, forgiveness and reflection. With audiences gripped by the characters and swaying to the music, Mohiuddin has done a perfect job in making a film that works well in each element. Ashraf, Rasheed, and Hocane have performed to an outstanding standard, making it difficult to imagine anyone else stepping into the shoes of these characters.