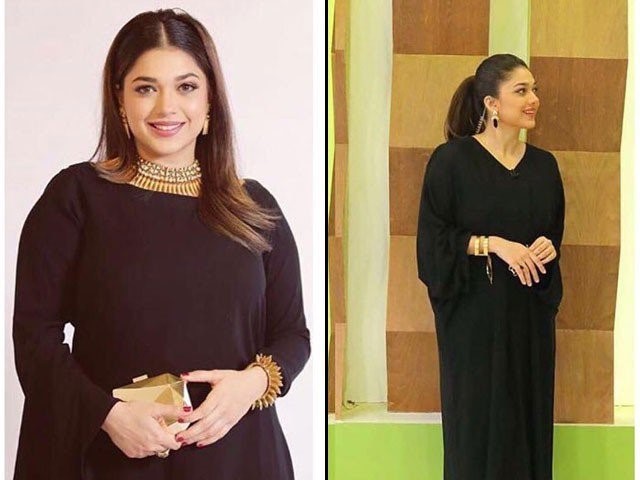 Morning show host and actor Sanam Jung gave birth to a beautiful baby girl, Alaya Qassim Jaffri, in November last year and continued hosting her show, remaining in the public eye throughout her pregnancy and after, slaying with her charming smile, dapper looks and lively personality.

The actress was, unfortunately shamed for pregnancy weight gain by some internet users and as awful as that sounds, it didn’t stop the talented star from conducting her morning show.

Not that she had to lose any pounds to look like the stunner she is, but it appears to be that the star has been working super hard to get back to pre-pregnancy shape, and guess what, she already has!

The Dil-e-Muztar actress recently shared a collage of pictures on her Instagram in which she revealed that she has lost a total of whopping 17.5kg!

Clad in black, she looked ravishing in both pictures! Giving a shout out to her trainer, she wrote a caption: “Lost 17.5kgs! And the entire credit goes to my fantastic trainer @shoaibkhan1990 for pushing me beyond limits. I couldn’t have done this without you!”

Well, in our opinion, Sanam looks absolutely beautiful in both her before and after looks.

This, however, is not the first time an actress has been shamed for post pregnancy weight. Bollywood beauty Kareena Kapoor Khan was also attacked by body shamers after she wore a one-shoulder black dress with a thigh slit to a party.