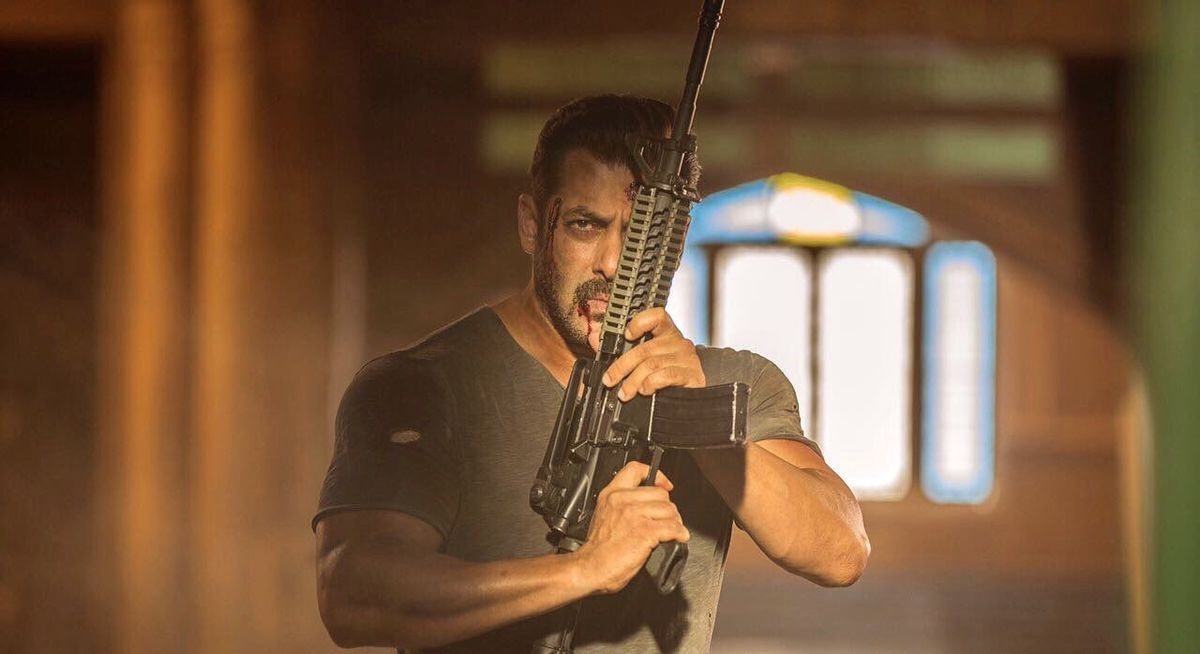 Tiger Zinda Hai is a 2017 Hindi action thriller film co-written and directed by Ali Abbas Zafar. The film stars Salman Khan, Katrina Kaif and Sajjad Delfrooz in lead roles with Kumud Mishra, Angad Bedi, Nawab Shah, Girish Karnad and Paresh Rawal in supporting roles. The film is the sequel to the 2012 film Ek Tha Tiger and the second installment of Tiger film series. It is based on the 2014 abduction of Indian nurses by ISIL and at the helm of affairs of the mission is Indian RAW agent Tiger (Salman Khan).

The story picks up from where the first film left off. Indian RAW agent Tiger (Salman Khan) and ISI agent Zoya (Katrina Kaif) are married and living a peaceful life with their son. Eight years have gone by since they decided to choose love over their missions. But their plans will change very soon, with another mission (most impossible) coming up for this ‘sota hua’ Tiger.

Tiger’s ex-boss Shenoy (Girish Karnad) tracks him down and wants him to rescue 25 Indian nurses who are held hostage at a hospital by a dreaded terrorist organization that has taken over Iraq. From here, it’s a Salman Khan show all the way with his star power and screen presence, skillfully assisted by Katrina Kaif who jumps into the fight as 15 Pakistani nurses who are also held hostage with the Indians need to be rescued. Tiger brings together Indian and Pakistani agents to fight terror in Iraq, for the sake of humanity. And, not surprising then that there is a fair sprinkle of patriotic one-liners, too. And all this is happening with loads of swag and style.

The film is visually stunning in parts and Salman Khan plays Tiger with roaring confidence and dialogues packed with punch. Of course, his fans get a true-blue Salman Khan moment when he bares his torso. However, the screenplay often loses focus, slackening the film’s pace and our attention. Director Ali Abbas Zafar had a lot of ammunition in hand, with the star power of Salman Khan and Katrina Kaif adding to that. But he is unable to keep you fascinated through the film’s runtime. Supporting actors that make up the rescue mission team are competent and Paresh Rawal delivers a dependable performance. Katrina Kaif gets into action-girl mode, displaying some kick-ass stunts. Meanwhile, the antagonist, Abu Usman (Sajjad Delafrooz), heading the terrorist organization, is effective in his role. With such a premise, the storyline needed to be far more compelling and the editing much tauter. Needless to add, a lot of sequences defy logic, but at the same time, there are many moments that will leave Salman Khan and action film fans impressed.

The aggregate box office total to date is now an estimated 310 crores, that the Salman Khan and Katrina Kaif-starring spy thriller reached the historic top 20 milestone in just six days is a testament to the fan fervor and commercial strength the movie has fostered.

Whether Tiger is Zinda or not for the next round, that’s for you to find out.