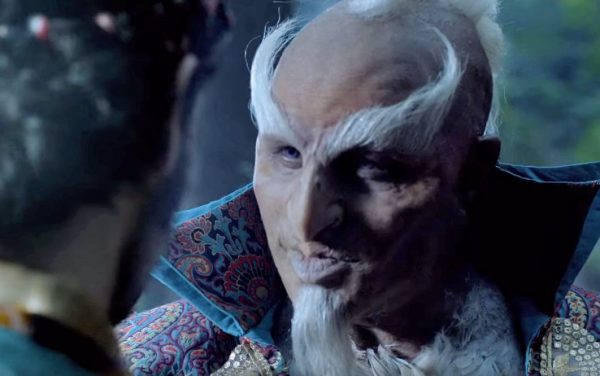 After the recent announcement of Pakistani-American actor Faran Tahir’s appearance in the upcoming season of American fantasy TV series The Magicians, the network Syfy has now released a behind-the-scenes video promo which introduces the look of Faran’s character. Similar to other characters featured on the show, Faran has been styled in a unique manner using special makeup techniques to get the perfect look to fit into the magical genre of the show. The video also reveals the name of Faran’s character, which is The Great Cock of the Darkling Woods.

The character is the brother of Winter’s Doe/The White Lady, who was featured in the second season of the show. The Great Cock is a magical creature who serves as an aid to the High King of Fillory, Eliot Waugh. While the character is primarily menacing, he also has a wicked sense of humor which is why him and Eliot end up connecting with each other.

Television series The Magicians is based on a novel of the same name. The third season of the show will be airing on Syfy from the 10th of January.