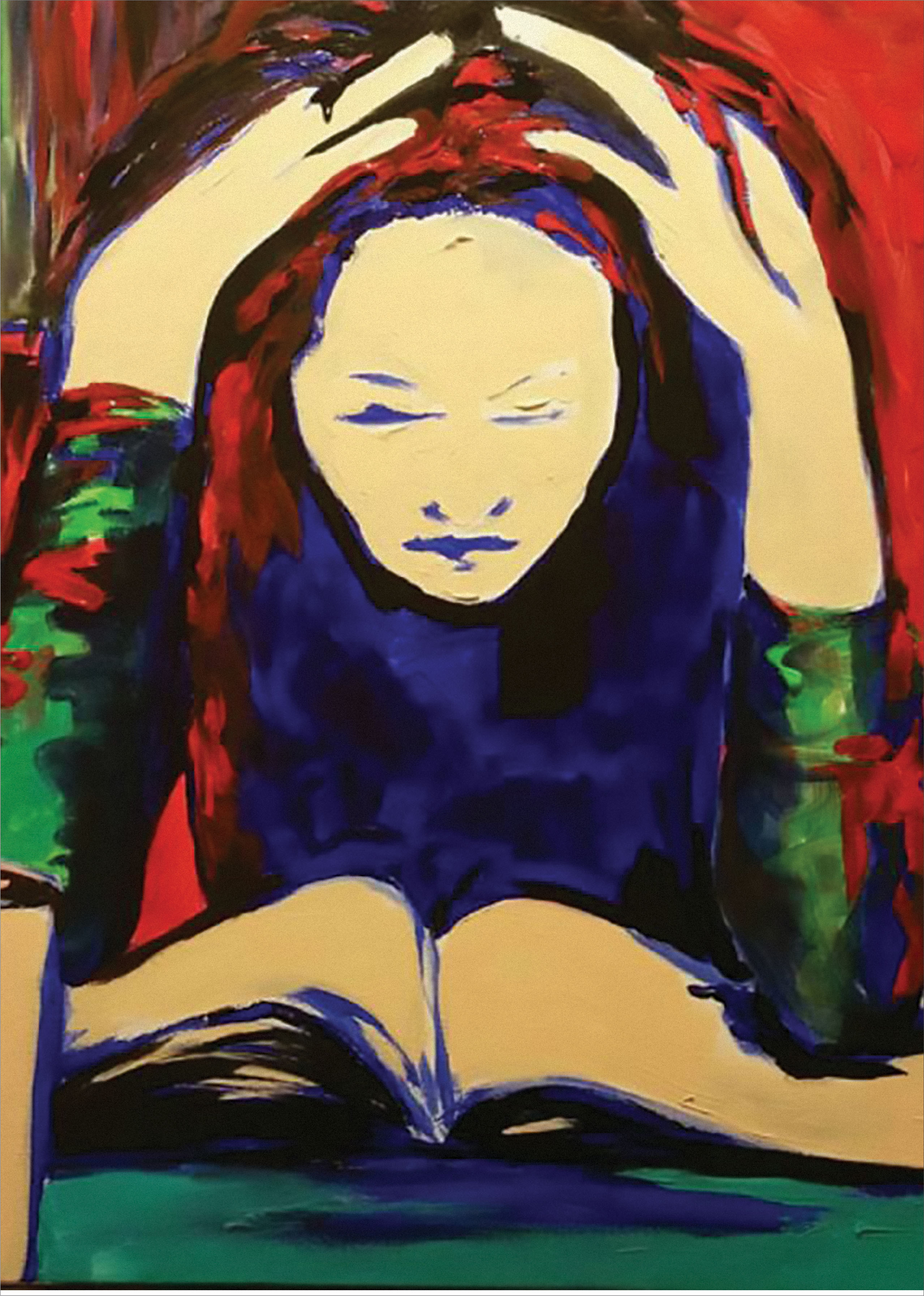 A chilling tale of an injustice meted out to many women even in this day and age!

The gate opens, a car enters and stops in the garage. A man gets out of the car and walks into the house. This entire activity takes no more than three minutes, but these are the most crucial three minutes in Naheed’s life. If she manages to put the warm food on the table, get her girls to sit there and is herself also comfortably sitting waiting for her husband, then the rest of the evening will be spent in peace but if any one of these things is out of place before Amir her husband walks through that front door, all hell will break lose.

Amir is a self-made man. His is a typical rags to riches story and he proudly tells whoever cares to listen about the hardships he had to endure. His immediate family that is the wife, Naheed and two beautiful daughters, Anum and Sidra know every story by heart but are still subjected from time to time to a rerun.

Naheed’s parents were well off and she was a pampered child. That is why when she met Amir in University she fell in love with his fighter spirit. She forced her parents to agree to the match, even when they did not see it fit, and now 15 years later she wonders if that was a good idea.

Amir is an honest, sincere and straight forward man but he is a hard core disciplinarian. His philosophy of life is simple: if you want to achieve something in life you have to discipline yourself. His family did not have it easy in life.

The first time Naheed was subjected to punishment for lack of discipline came very early in their marriage. She was getting ready for an evening out with her newly wedded husband. The plan was to watch a movie and have dinner afterwards at Naheed’s favourite restaurant. She wanted to look her best and when Amir came to pick her up after office at the scheduled time of 7 pm, she was still putting on her makeup. She heard the horn of the car, but continued to apply the final touches to her face. She heard the horn thrice and smiled to herself thinking that her husband is impatient to see her. It took her 10 extra minutes to satisfy her vanity but as she reached the door, she saw her husband coming out of the car. She ran towards him apologizing but he pushed her and entered the house. She followed him and kept saying, “Let’s go we will be late!”, but he said nothing. When he opened his mouth his anger scared Naheed out of her skin. He said that they were late already and tore the tickets. He said that he could not stand people who were not punctual and wasted money and time. He did not talk to Naheed that night. He went to sleep without food in his study.

Naheed was shocked at her husband’s behaviour. She felt hurt and humiliated and wondered the whole night if she had made the right choice.

This continued for a few days, during which Amir didn’t speak to Naheed and frequently yelled at servants for their little mistakes. On the fourth day when Naheed’s parents had invited them for dinner she approached Amir, apologized for wasting time and requested him to accompany her to dinner. Amir reluctantly agreed.

Naheed was ashamed to admit to her parents that she was wrong and they were right all along in assessing Amir and rejecting him as a suitable match for their daughter.

The discipline related incidents became a routine and Naheed was seriously contemplating divorce when she found out that she was pregnant. Amir was there at every step of the way with her during her pregnancy and childbirth. Naheed’s stance softened and also Amir was very conscientious about his economic responsibilities towards his family and the house. Naheed would listen to her friends complaining about their husbands not supporting them, not paying attention to them, flirting with other women, some were sick and tired of interfering in-laws, whereas Naheed had none of these problems. Everyone around her, thought she was blessed and luckiest of all.

This made it harder for her to think about parting ways with Amir whose obsession with discipline was making her a nervous wreck. Everything had to be done on time, whether it was a minor detail like having lunch dinner or tea or a slightly more complicated adventure like taking a trip. Naheed could not enjoy any outings because she was afraid all the time that she will make a mistake and Amir will humiliate her in public.

She had another daughter two years later. Her children were her only source of joy but when they reached school going age they too were subjected to the same discipline standards which apparently was the reason behind Amir’s success in life.

Naheed’s life became even harder because she was always trying to protect her little girls from Amir’s bursts of anger and in the process she would often accept blame for their little mistakes, which she in her mind did not merit scolding or punishment.

Naheed has spent ten years of her life making sure Amir gets what he wants from her and his children and she will spend many more years doing the same. She can never relax because her mind is always trying to figure out if there is anything that will cause Amir to lose his temper. It is like she has to tip toe through life making sure another human being gets all he wants. But what about her? Is she not entitled to living her life the way she wants to? Is her life less valuable than her husband’s? She has already wasted her youth trying to measure up to Amir’s standards but what options does she have in our society?

There are many people like Amir who make their wives’ lives a living hell; some use discipline as a weapon, others have a cleanliness obsession, and many more such futile pursuits. They never try to find out what kind of a life will their wives like to have and what is important to them because they believe that wives are born to serve their husbands. Their opinions, likes and dislikes do not matter. Is it enough for a man to ensure that he has met all his family’s material needs? Is it enough that he does not cheat on the wife, works hard and provides for them economically? What about the hell such men create for that family, from which they can never break free because in our society such are the men who are supposed to be the best a woman can hope for?