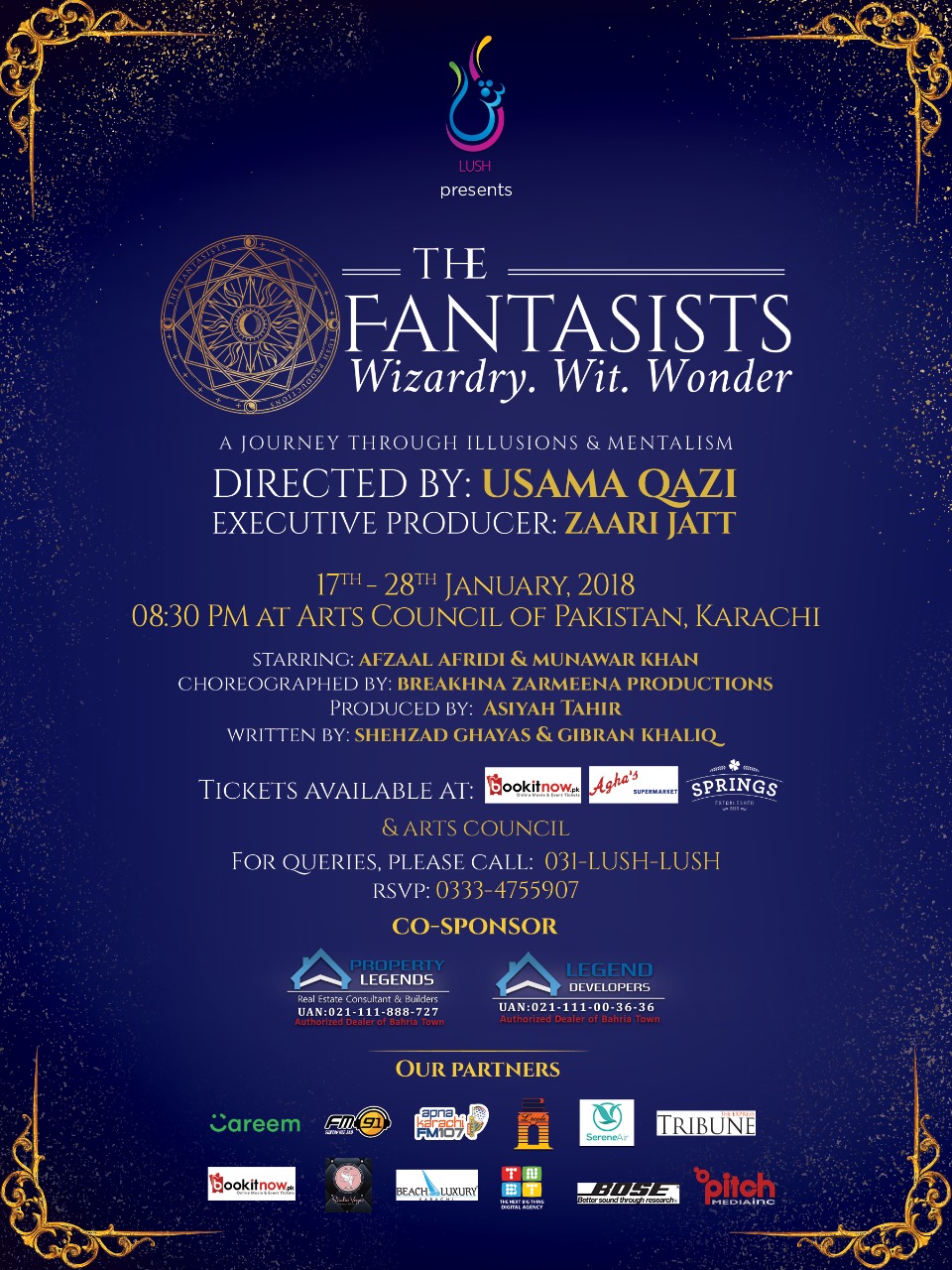 Pakistan’s first ever illusion show The Fantasists is all set to take place in Karachi at the Arts Council from 17th up till 28th January’18. The show, which is being organized by LUSH Productions, will feature internationally acclaimed mentalist Afzaal Afridi and illusionist Munawar Khan.

The show is being directed by Usama Qazi, CEO LUSH Productions, who is a well-known name in the theatre industry. The Fantasists marks his theatre comeback after a gap of five years. Speaking about the idea behind this production and why he chose The Fantasists as his comeback project, Usama states:

“My comeback was actually a musical, but the concept behind ‘The Fantasists’ turned out to so exciting and challenging that I chose this as my comeback as nothing of the sort has ever been done before in Pakistan. For long I have dreamt of staging an illusions & mentalism show in Pakistan, one that draws inspiration from similar shows done internationally, and finally I am staging one. Our audience is in for a surprise of a lifetime. 90 minutes of mind-boggling wizardry, wit & wonder.”

The costumes for the show have been designed by Breakhna & Zarmeena and the set designing has been done by Mustafa Rizvi. The tickets for the show can be purchased in Karachi at Agha’s Supermarket, Butler’s Chocolate Café, Springs Mart and Arts Council’s Box Office. They are available online at www.booking.com and can also be ordered via phone by calling on 0315-874-5874. Further information and updates related to the show can be found here https://www.facebook.com/LUSH. Prods/