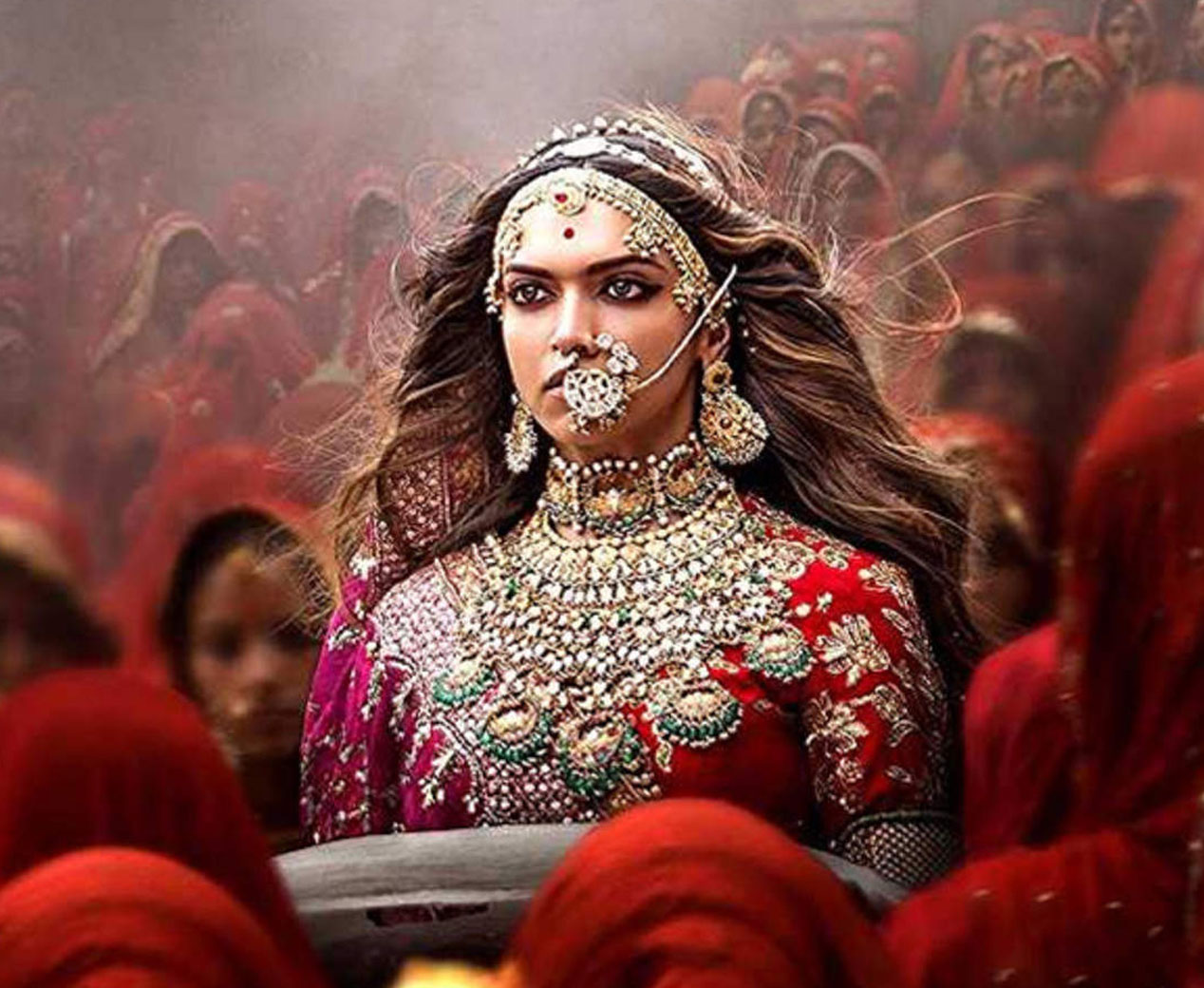 Rani Padmavati (Deepika Padukone) – the wife of Maharawal Ratan Singh (Shahid Kapoor), is known for her beauty and valor in 13th century India. She captures the fancy of the reigning Sultan of Delhi, the tyrant Alauddin Khilji (Ranveer Singh), who becomes obsessed with her and goes to great lengths to fulfill his greed.

Based on a Sufi poem of the same name written in 1540 by Malik Muhammad Jayasi, Sanjay Leela Bhansali has added his own flair and interpretation to ‘Padmaavat’, giving it a fairy-tale sheen. This makes all the controversy pointless, and pale in comparison to the spectacle that unfolds. Bhansali reunites with two of his favorite leads in recent times – Deepika Padukone and Ranveer Singh, but adds Shahid Kapoor to complete this trio of commendable acting talent. Shahid is steadfast and unflappable as Maharawal Ratan Singh – the ruler of Mewar, brimming with Rajput pride. He brings a regal aura to the character that warrants him winning the confidence and loyalty of the Mewar kingdom and more importantly, Rani Padmavati’s heart. Deepika is radiant as the Rajput Queen whose beauty, brains and valor moves the entire plot along once Alauddin Khilji becomes obsessed with her. Padmavati’s allure beyond the superficial is prominent post-interval, when her character comes to life and she gets to showcase her acting range.

Ranveer as Alauddin Khilji is seen as an unhinged, barbaric Sultan, who is consumed with a ravenous libido for power and flesh. He unleashes an animal magnetism on screen with a scarred face, kohl-lined eyes and a greased torso. The scenes between him and Shahid are some of the most engrossing, as both flex their acting muscles at opposite ends of the moral spectrum.

Besides them, Aditi Rao Hydari stands her ground as the naive Mehrunissa who gets a rude awakening when she discovers her husband Alauddin’s true nature. Jim Sarbh is somewhat misplaced as the Sultan’s slave-general, unable to generate enough menace to overshadow his master’s own. Nonetheless, the ensemble moves well in tune with Bhansali’s vision of this larger-than-life retelling.

The director’s expertise in heightening opulence and grandeur is well-known, further distinct in 3D. Cinematographer Sudeep Chatterjee compliments him by beautifully capturing some jaw-dropping scenery. However, the effects in the action/ war scenes don’t meet the expectations raised by a film of this scale. Also, the songs don’t do much to further the narrative other than providing visual delight. Granted, it could do with a tauter screenplay and shorter run-time but ‘Padmaavat’ is an entertaining, large canvas experience, brought to life with Sanjay Leela Bhansali’s stroke of visual brilliance.